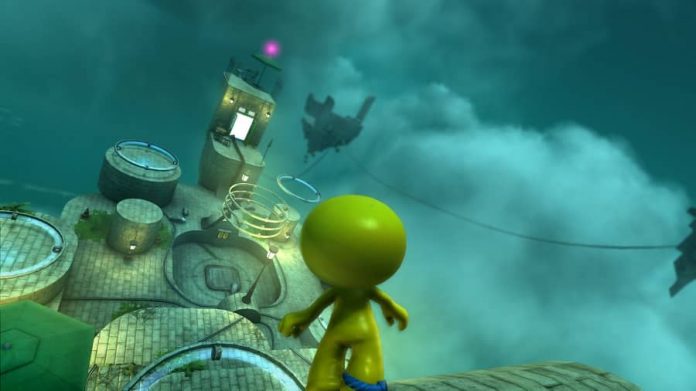 Puzzle games exist in a crowded genre, and to stand out from the crowd you need something unique. For some games it’s the art style, or the puzzles themselves, but in the case of Youropa the ability to walk on walls, ceilings and general disdain for gravity takes centre stage. It’s a conceit that expands the possibilities of its puzzles – with a little bit of mind bending for good measure.

The game starts as the titular city of Youropa is torn apart, becoming a fragmented city floating in the sky In this third-person 3D platforming puzzle game from developer frecle ApS, the player takes the role of You – short for Youropean. You possesses that unique ability to walk up walls and stand on ceilings, and it’s up to You to restore Youropa back to its former, unfragmented glory.

It’s not an allegory for Brexit! (Or is it?)

To accomplish that, the Eiffel Tower needs its power restored, and its area almost acts as a hub to other areas that each contain multiple levels to restore part of that power. Ominous blue doors are your gateways between areas and levels. In order to pass through some of these doors, you’ll need to figure out how to open them; others are already open, but the difficulty is in how to reach them. You may walk into a level with a door that seems impossible to get to, but believe me, there is always a way – and it usually requires thinking outside the box and disregarding the laws of physics.

To keep Youropa fresh, You receives new abilities throughout the game. At first, all You can do is walk, but as the player progresses through the game, more abilities help You navigate Youropa. For instance, You will gain the ability to pick items up, throw them, and to run. Unlocking certain abilities then allows You to access new areas. 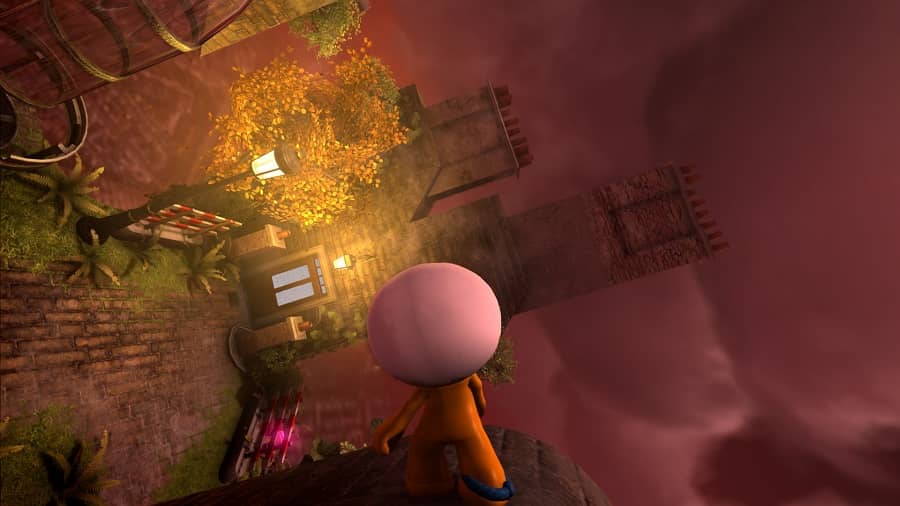 If the hub area of the Eiffel Tower didn’t give it away, Youropa’s environments are very much reminiscent of France and Europe as a whole. Buildings are clearly inspired by French architecture, you’ll come across road signs clearly marked with French cities, and street signs are plainly European in their roots. A lot of care has been put into the visuals of Youropa that I never thought it to be unappealing. Everything within Youropa’s levels is sharp and well textured.

The wall walking mechanic is paramount to Youropa and its puzzles; without it, most of these puzzles would be straightforward, and the title would probably get stale. To walk on walls, there needs to be a  curve bleeding between the floor, wall and ceiling. This avoids an overabundance of freedom to the player, but instead gives frecle ApS freedom in making its puzzles. The levels appear small at first, but given each of them could have a whole section underneath where You is stood, there’s a larger sense of scale to every level.

Because buttons and switches are on surfaces all around the player it regularly seems daunting as to how you’re going to complete a level. Often, too, you’ll find yourself wondering how a certain part of the puzzle could even physically be completed – to later be reminded that gravity is all over the place in Youropa. An extremely useful feature is pressing tab to see the whole level; the player can basically fly around the outskirts of each level to get a look at all the surfaces. It’s helpful in planning out a route and figuring out where You needs to go next. A few times I questioned if my solution to a puzzle was the correct or intended one, but with a wall walking ability I’d be disappointed if this never happened. 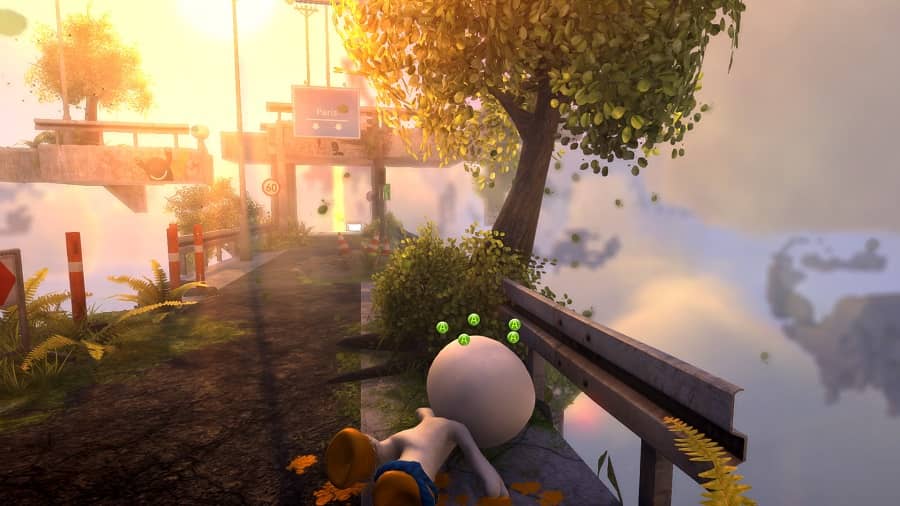 Along with its disregard of gravity, paint is supposedly integral to Youropa, but it’s never quite amply utilised. You’s life is represented by how much paint covers their body; once You’s whole body is white it’s game over, and the player must restart the current level. Paint is used in other ways in some levels, too; a couple of fun levels involve spray painting a container to get a vehicle to go through rings. This use of paint and colour is a fun excursion from the focus on gravity, but it’s a shame it isn’t a more consistent focus.

Another type of level plays out almost like a race; the level’s surfaces are lined with oil and you’re sliding all over the place, and must essentially ski your way to the doorway. On comes some upbeat music that cheers you on to slide your way to the end of the level. The first one of these levels was a surprise, but I wouldn’t have been upset by more of them.

Youropa is a unique puzzle game in how its puzzles are approached, and how it wants the player to approach them. There are collectibles dotted around in every level, and given the final ability you get, going through the game again to find them all would be a different experience. Also including a level editor for you to make your own levels, Youropa offers plenty of variety and longevity. There’s no doubt the gravity-defying nature of the game is Youropa’s main selling point, and with good reason. For a game that contains no dialogue, Youropa is filled with charm from start to finish.

Youropa is available on PC.