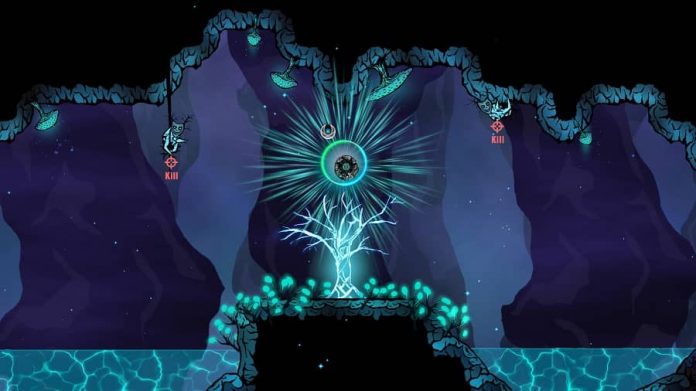 The first time I stepped into Ascending Madness, Moxie Studios’ surrealist take on the twin-stick formula, I wasn’t quite sure what to make of it.

Its Darkest Dungeon-esque art style and its grinning logo, as mischievous looking as the cheshire cat, had me intrigued; yet its controller-minded design felt at odds with its platform of choice. With such great games like Nex Machina, Hotline Miami, and even the classic Geometry Wars, there’s plenty of competition in the contemporary arena.

Yet despite it all, I found myself falling into the familiar rhythm twin-stick shooters often provide. That sort of near zen-like mental state where each enemy projectile feels as if its moving in slow motion, each gap between them shining through as if the game itself was showing you the way. In that sense, Ascending Madness delivers on its core premise. Happily, it is also much more than that.

Admittedly, it’s still hard to gauge exactly what Ascending Madness is really all about. You take the role of Merrick – a mostly despicable human being who is trapped inside a ball. Only able to move left or right, you can also use a thruster to achieve lift, giving yourself an added degree of movement. As the game progresses, its assault of psychedelic synesthesia becomes overwhelming as you begin to encounter all manner of enemy types.

Like some sort of twisted fairy tale, Ascending Madness is dazzling and disgusting all at the same time. 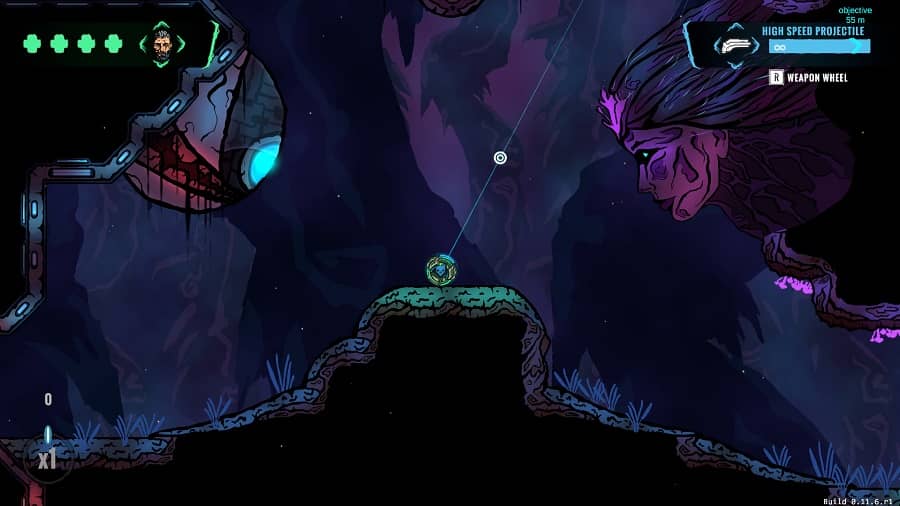 More importantly, however, is Ascending Madness’ weapons. Not only equipped with your average automatic laser gun, like most twin-stick shooters, Ascending Madness changes things up with eight different weapons. Some of them feel a bit repetitive, simply regurgitating other weapons with a bit more of a kick, but some of them offer completely different ways to play the game. The usual juggling act at the core of the game, dodging bullets and learning to deal with its awkward thruster controls, can change on a dime when, suddenly, you’re no longer shooting bullets but wielding a sword that can only slash in the direction your character is moving.

It’s a difficult game to get a hold of, for sure, which makes itself even hard thanks to how fast-paced it is. As tens of enemies spawn in around you, you’ll also have to try to dodge environmental hazards and new mechanics, like teleporters. Progress, my friend, is not made easily in Ascending Madness. It’s reserved for those who have the patience and the wherewithal to put up with the gauntlet at hand and, justly so, a lot of folks might not be able to stomach the many headaches in store for a game such as this. Of course, as people are always so glad to point out, there is always seemingly even more people who are interested in such an endeavour for the sheer fact of its existence.

That’s not to say Ascending Madness is nothing but a difficult shooter, mind you. What I found most gripping was its unique aesthetic – a combination of Alice in Wonderland, 1970s counter-culture, and existential horror. If that sounds crazy, it’s because it is. The game is called Ascending Madness, after all, isn’t it? Even still, if you come for the cool style, you’ll stay for the complex and challenging gameplay.

Ascending Madness is available now on Steam via Early Access.