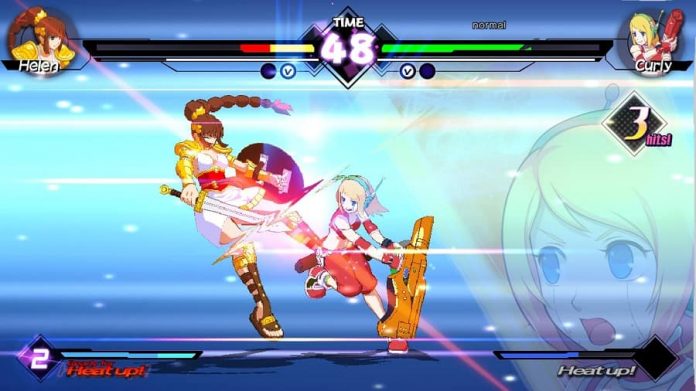 Unexpectedly, Blade Strangers is a fighting game for everyone.

We seem to be on the receiving end of a myriad of crossover fighting games as of late, and while many have a broad range of appeal due to the numerous franchises they draw their characters from, Blade Strangers has perhaps the most niche selection yet. It has multiple characters from Code of Princess, including Solange, Gunvolt from Azure Striker Gunvolt, Shovel Knight from Shovel Knight, and even Isaac from The Binding of Isaac. It’s an eclectic mix that makes you wonder what exactly the selection process was, but the truth is that it doesn’t matter: Blade Strangers is a simple fighting game that’s fun to play, even if you’re not familiar with anyone on its roster.

It’s no stranger to modes

The first thing you notice when you go on your maiden voyage with Blade Strangers is that it has lots of modes. It’s a welcome discovery, and your first port of call is likely to be tutorial mode, quickly followed by training mode or perhaps even mission mode. All enable you to get up to speed with the basics, and then practice to your heart’s content, or until you feel ready for a real battle. For that, you can either head into Story mode if you want to give the fighting context, but many will be happy heading into arcade or survival mode, which work exactly as you’d expect. And of course, you can also take the action online to fight against real people from around the world.

Admittedly, while Blade Strangers has a pleasing variety of modes, some may find its roster of fighters a bit anaemic. There are 14 on offer in total, though they all are rather unique. And by fulfilling certain conditions, such as completing Story mode, you can unlock new colours and customisation options for them too. But still, be aware when going into Blade Strangers that it doesn’t have the most generous offering of characters for a game at its price point. 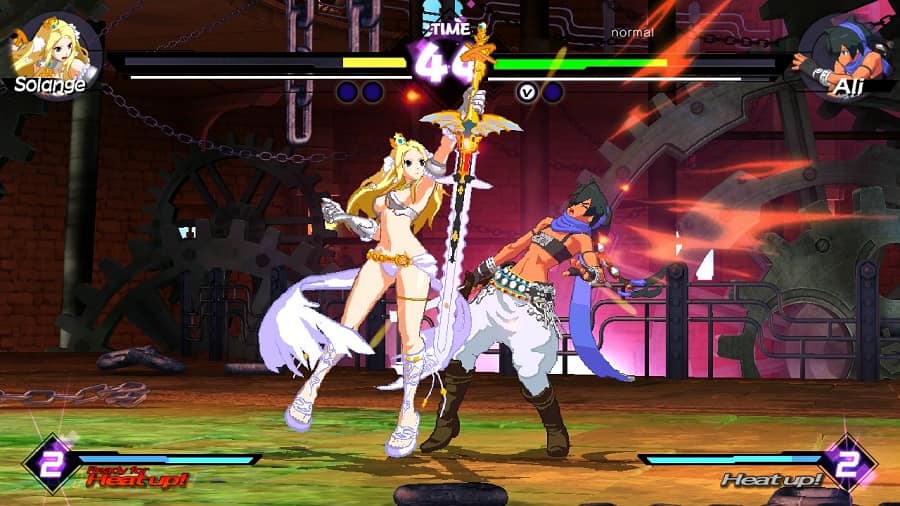 What really matters though is the actual combat itself, something which I found to be surprisingly enjoyable. Battles in Blade Strangers are strictly a one-on-one affair; there’s no tagging in a team mate or calling for assistance, it’s just you and your opponent battling it out fair and square. And when I said that Blade Strangers was a game for everyone in my opening, I meant it. There are no circular movements to make in Blade Strangers to perform special moves, no complex combos. Everything is kept rather simple, and I think it works to the game’s advantage.

There are four attack buttons; light, heavy, skill and unique. By combining each of those with directions you get a wide range of attacks, and then there are some more advanced manoeuvres that you can perform by pressing multiple buttons at once. Multi-hit combos can be strung together by logically moving from multiple light hits, to a strong hit and then a skill hit, and each character has their own variants to discover. There’s also a reversal technique, a Heat mode that can be activated when the situation is dire, and special attacks that can be used to finish off your opponent in a flashy manner. Though again, there are no quarter circles involved, just pressing multiple buttons together. 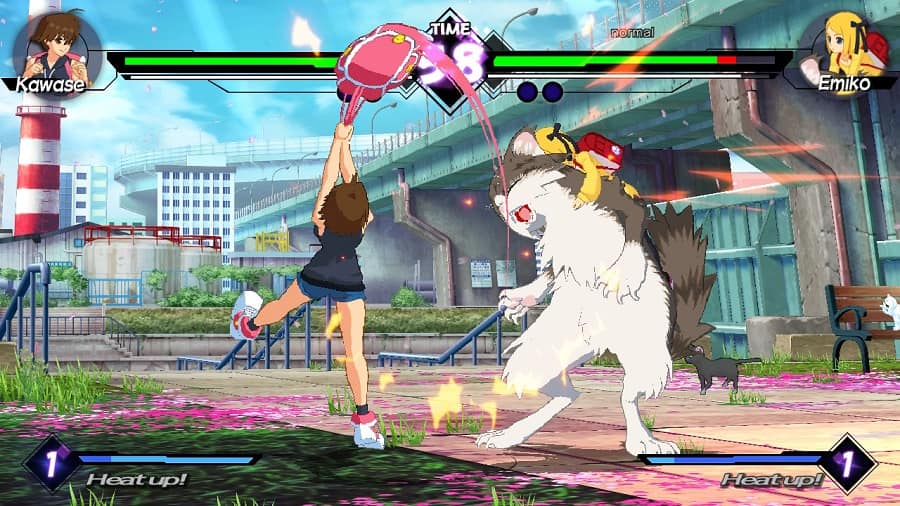 Handheld is the way to go

Blade Strangers‘ simplicity means that yes, in the long run, the gameplay can get pretty shallow. It’ll take a while to do so though. But it also means that anyone can pick it up, play it and have fun. Whether you’re a fighting game novice or a pro, you’ll be entertained by the fast and frenetic action that takes place on screen. And not once will a player feel at a disadvantage as the other reels off a string of special moves that they’ve got no idea how to perform.

Played in handheld mode, Blade Strangers looks and performs great. Its characters and stages are colourful and detailed, and the framerate remains rock solid. Play it in docked mode, however, and you might be quite disappointed. On a large screen, Blade Strangers‘ characters become very pixelated, and the stages just look bland. You’ll notice a lot of jaggies in them too. The saving grace is that its performance is just as good as in handheld mode. 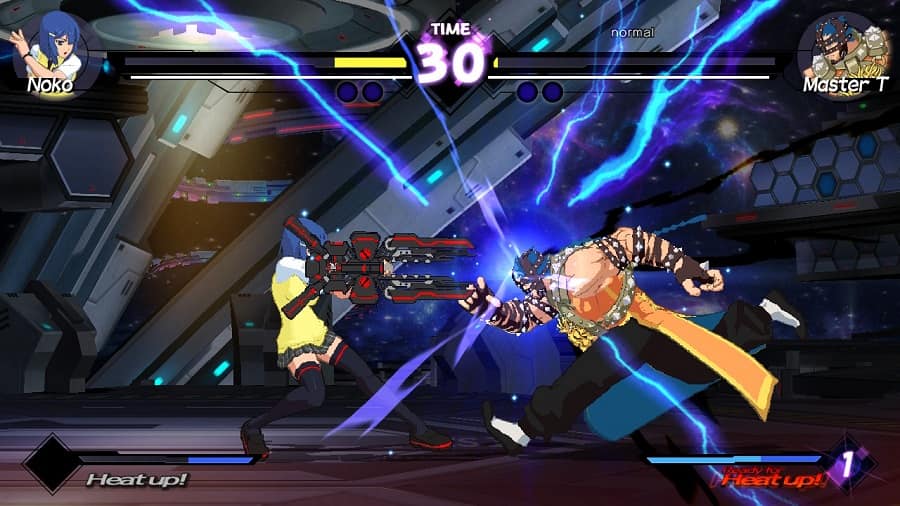 Perhaps Blade Strangers‘ biggest problem though, is that if you’re planning to take the action online, you might struggle to find a fight. Just days after release, finding fellow pugilists to battle online is arduous. It doesn’t help that you have to select a region to search for matches. It would have been much better if you could you just search the entire world, and then select the best match-up available based on the connection. And you’ll really want a good connection as otherwise there will be some lag.

It’s not perfect, but Blade Strangers is a solid fighting game that is wonderfully accessible. At full price some players might feel like they’re not getting a great deal for their money, but in a sale, I reckon it would make a decent purchase, especially for someone that isn’t hellbent on taking the action online. It’s not going to keep you entertained for as long as a Street Fighter or BlazBlue game, but those familiar with its characters will have fun pitting the likes of Shovel Knight against Issac. Those unfamiliar with its characters will just enjoy it for the fact that there are no barriers to enjoying its gameplay. Blade Strangers is simple, and all the better for it.

Blade Strangers is available on PS4, Switch and PC. We reviewed the Switch version. 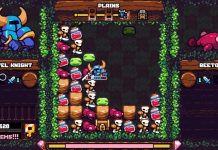 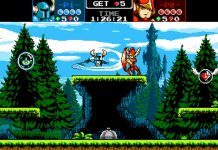 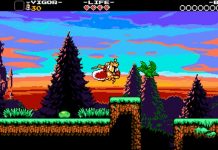