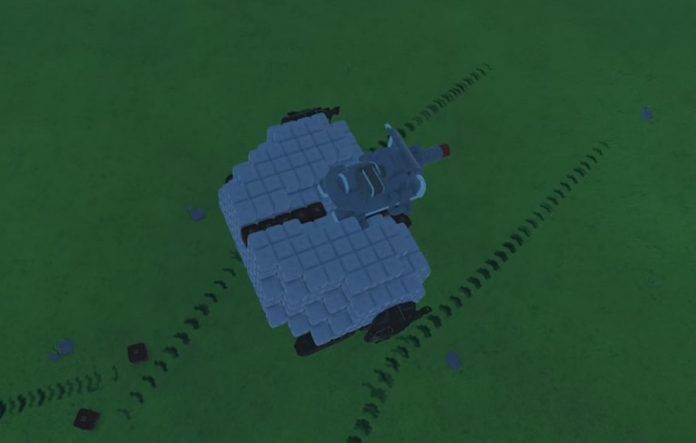 TerraTech blends the blocky aesthetic of Minecraft with a robust vehicle-building system and offers a world of creative possibilities.

So naturally, I’ve chosen to build a tank shaped like an arse.

Starting at the bottom

I didn’t originally plan on building a vehicle shaped like someone’s backside; I anticipated that, given TerraTech’s online mode, someone would have covered that ground already. But, as it turns out, the game’s multiplayer mode is geared towards deathmatches, rather than being an arena to share player constructions.

There were no CombatWangs, no offensively obscene automobiles and nothing even remotely suspect.

Therefore, Project BattleArse was born and I made it my week-long mission to craft a vehicular weapon in the shape of someone’s backside. TerraTech does sport a single-player combat mode but it’s the game’s creative mode which offers the most potential, letting you create air and land-based craft using an absurdly wonderful array of blocks and gizmos.

It took me all of two minutes to discover that Payload Studios, creator of TerraTech, had helpfully provided flesh-toned blocks that could be used to craft my bum-based tank. However, my initial efforts didn’t go too well, leaving me with a vehicle that resembled a steamrollered piglet. I did, at least, learn the importance of concealing my vehicle’s cab which, when destroyed, results in the annihilation of your whole construction. By burying the cab within the blocky bumflesh, I reasoned, I could at least make the vehicle more durable.

Several false starts later, my BattleArse was beginning to take shape. Crafting the bottom of the mobile, er, bottom, proved to be a tad monotonous since there’s no easy way to place multiple blocks in TerraTech. Instead, each bum-chunk had to be placed piece by piece, making me wish I’d gone for a simpler, less challenging construction – such as a jet-powered testicle or nose-copter. I decided to alleviate the tedium by investigating the best way to propel the mobile backside across the landscape. 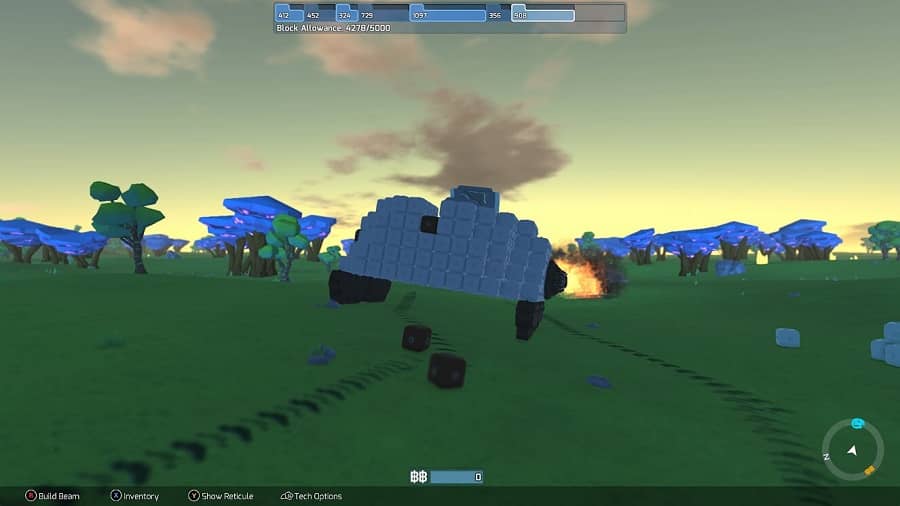 Monster truck wheels turned out to be too unwieldy and had the unwanted effect of making the rear end’s rear end scrape along the ground, dislodging buttock fragments as it went. Instead I opted for tank tracks that were powerful enough to carry the vehicle along without any arse-loss. I’d figured out by now that my BattleArse wasn’t going to win any races, but as long as it was semi-mobile, I’d be happy.

After attaching the tracks I returned to the serious business of buttock building, only to hit another snag. I’d been aware of the game’s 5,000 block limit, but I’d reasoned that I wouldn’t get anywhere near that. Unfortunately, it quickly became apparent that I was fast approaching the limit and my BattleArse wasn’t going to have anywhere the level of definition I’d originally hoped for.

Take the vehicle’s all important arse-crack, for example. Thanks to the block limit I was left with the choice of either having none at all, or giving my vehicle bum cleavage you could drive a truck down. And the more I wrestled with TerraTech’s building system, clearly not intended for creating bums, the less my BattleArse resembled an actual arse. I had make compromises and my vision of having a huge arse-shaped craft rolling into battle began to fade. 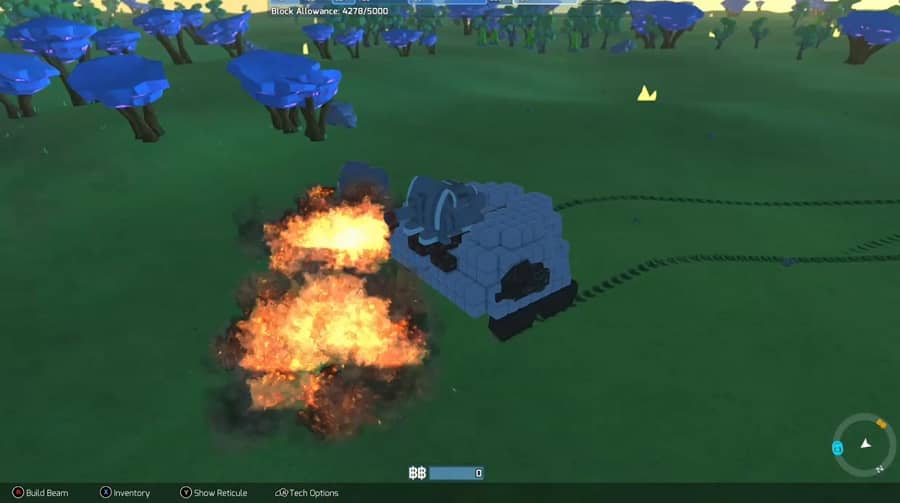 My one consolation was that the BattleArse was, at least, large enough to strap two massive “Big Bertha” weapons to the cheeks, making it an imposing vehicle. Just one that only bore a passing resemblance to a backside. And it did fare well against other vehicles because, while its weapons weren’t strictly accurate, the BattleArse’s cab was shielded enough to resist destruction.

Perhaps others will fare better; I intend to dip back into TerraTech when I’ve recovered from my arse-building ordeal. Certainly, the game’s single player mode is a lot of fun, even when you’re not trying to build a particularly rude war machine. Or, if you’re up for the challenge, why not pick up TerraTech on Xbox One or PC and see if you can build a better BattleArse?