I had my first taste of Dead Cells just over a year ago.

In my preview, I stated that I was “fairly confident that it will only continue to get better”. And you know what? It has. The final release of Dead Cells has retained everything that I loved about the game the first time I played it, but now it’s deeper and more accessible. That’s not an easy thing to pull off.

Combining platforming, exploration and fast-paced combat, many have described Dead Cells as a metroidvania. But while it does indeed have some elements of that genre, like permanent ability upgrades that allow you to reach new areas, I feel more comfortable describing it as a roguelike. You see, death is pretty much assured unless you’re some sort of gaming god, and every time you die you start back at the prison where you started out your adventure.

Like in the brilliant Dark Souls games, you’re undead in Dead Cells. Starting out, you’ll have access to some basic weapons and that’s about it. But as you go about taking your first tentative steps into the world that’s laid out before you, you’ll start to find big blue orbs as you decimate the enemies in your path. It’s these orbs that are the key to success in Dead Cells.

Make it to the end of one of the game’s self-contained areas, and you’ll be able to spend any orbs you’ve obtained to unlock new items. Die before you get there, however, and you’ll lose them all. There’s a vast range of items to unlock including melee weapons, ranged weapons, skills and mutations, and slowly but surely, they’ll make reaching the end of the game that bit more manageable. 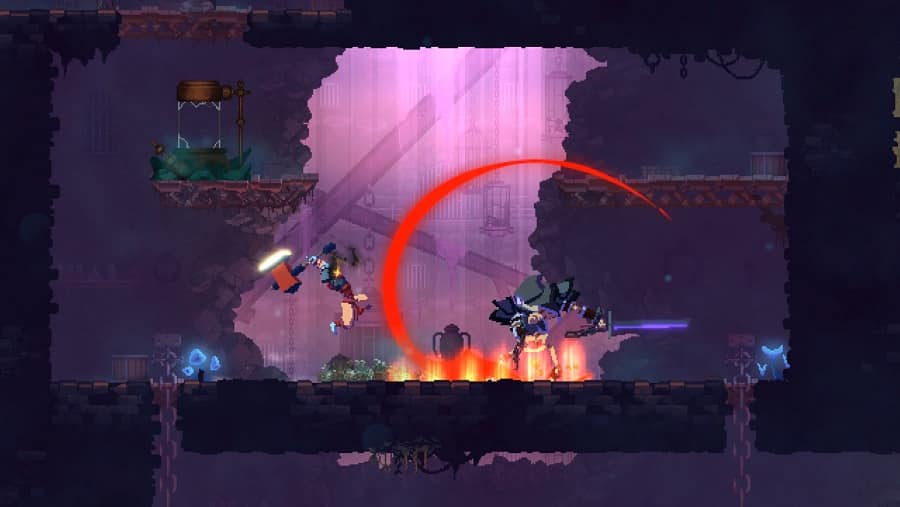 There are some other friendly folk who’ll help you out between areas too, allowing you to upgrade and re-roll your item modifiers, pick up helpful mutations, and refill your health potion flask. And while out exploring, you’ll encounter merchants, who’ll happily sell you their goods if you’ve got the gold. Suffice to say, beginning every run as a weak corpse, it never takes too long for you to become a killing machine.

Combat is undoubtedly the highlight of Dead Cells. It’s fast-paced and unbelievably fluid, making nearly every fight a joy to engage in. What really elevates it to greatness though, is the range of weapons available to you. You’re able to equip two weapons at any one time, each one being used with the press of a button. And you can also have two skills equipped too, ranging from grenades to circular saw blades which spin on the floor.

Finding the weapons that work best for you is what Dead Cells is all about, but most of the time you won’t get to choose your equipment. Instead, you’ll have to hope that you find your weapons of choice while out exploring; unlocking them with orbs simply allows them to appear in the game. It’s a double-edged sword; it can be infuriating dying on a run because you feel you’ve been dealt a harsh card with equipment, but it makes every run different and exciting. Like Forrest Gump said, “Life is like a box of chocolates. You never know what you’re going to get”. 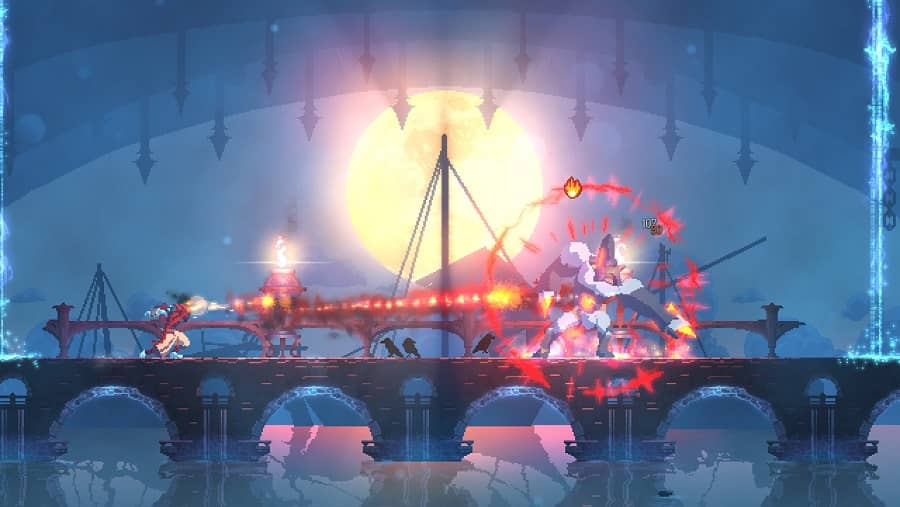 Experimentation is integral to the Dead Cells experience; trying out combinations of new weapons and skills to find a mix that complement each other effectively. Manage that and you’ll get far. Fail, and you’ll probably die. Rather quickly, in fact. And there lies perhaps Dead Cells‘ biggest issue that will turn away some: repetition.

As fun as it is to run through Dead Cells‘ areas, furiously killing enemies as you go, eventually it does get repetitive. Sure, there are branching paths, and levels are randomly generated, but having to play through the same areas time and time again to reach a boss who is repeatedly kicking your ass is a pain. It doesn’t help that there are difficulty spikes too, catching you off guard just when you think you’re a badass.

Enemy placement can also sometimes be an issue; with things being random, you might come across an unholy combination of enemies in one small area who are a nightmare to deal with without taking a lot of damage. On the whole though, Dead Cells‘ issues are far outweighed by its exciting and utterly gratifying gameplay. 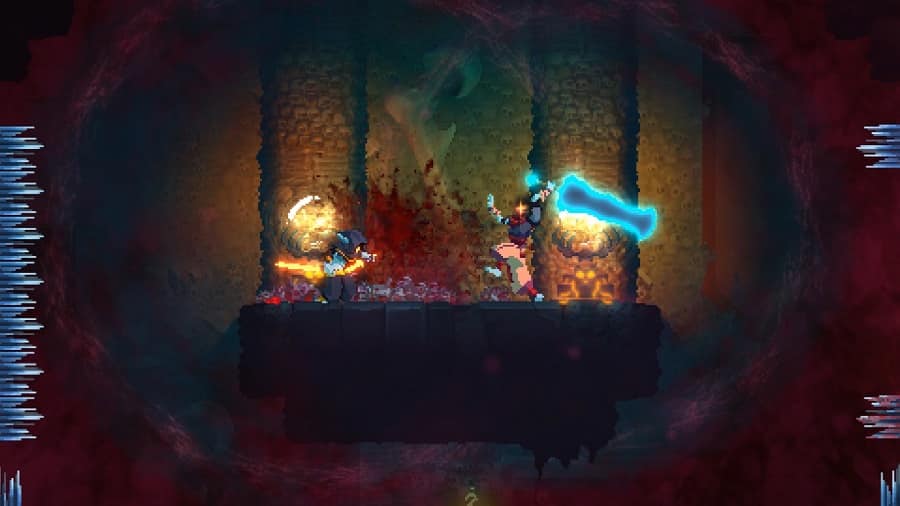 A lot of game

While you could feasibly complete the game in less than an hour, it’s unlikely to happen until you’ve spent in excess of ten hours unlocking new items. And even once you’ve overcome the end boss, you’re likely to return. Dead Cells is a game that welcomes re-runs and new approaches. It challenges players to be as fast as possible and rewards them with valuables. And it even has daily challenges for those who truly want to test their skills.

Dead Cells is such an easy game to recommend. It’s a game that oozes charm out of every pore. A game that is challenging but does a good job of easing you in. And a game that is simply a joy to play because of its fluidity and the range of combat options available. Some might find it a bit repetitive if they die too often, but after a short break they’ll be back for more. Smashing multiple genres together with expertise, developer Motion Twin has created something rather special with Dead Cells. It only falls short of being truly great because of its awkward difficulty spikes.

Dead Cells is available on PS4, Xbox One, Switch and PC. We reviewed the Xbox One version.