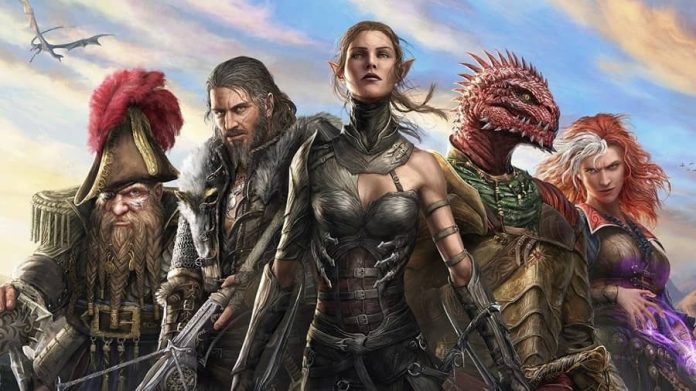 Did Divinity: Original Sin 2 need a definitive edition? Not at all.

The game was already excellent; packed full of choice and wonder. Adding more seems like winning a fiver on a scratchcard the day after winning the jackpot on the lottery. But as a lover of this wondrous RPG, I’m certainly not averse to even more content, although I did have to ask myself: what more could Larian Studios possibly add?

The obvious answer is a release of Divinity: Original Sin 2 on consoles, allowing a wider audience to enjoy this gem of a game. This means a hell of a lot of optimisation and a whole lot of work to get the complicated and diverse nature of Divinity: Original Sin 2 to be playable on a controller. There seems to be an endless amount of options and ways to play this game, and streamlining a keyboard and mouse control system to work with the limited buttons of a controller was surely no easy feat. Playing on PS4, I can tell you that using a DualShock 4 took some getting used to, but it works.

This Definitive Edition also adds plenty of new content. There are more NPCs and new bosses, which are welcome additions, but I can’t help but feel like Larian needn’t have bothered. There was already so much content and so many different ways of dealing with it all; only a handful of people will have seen everything Divinity: Original Sin 2 had to offer anyway. But for the newcomers jumping into the game for the first time, the Definitive Edition is most certainly the best way to enjoy it. 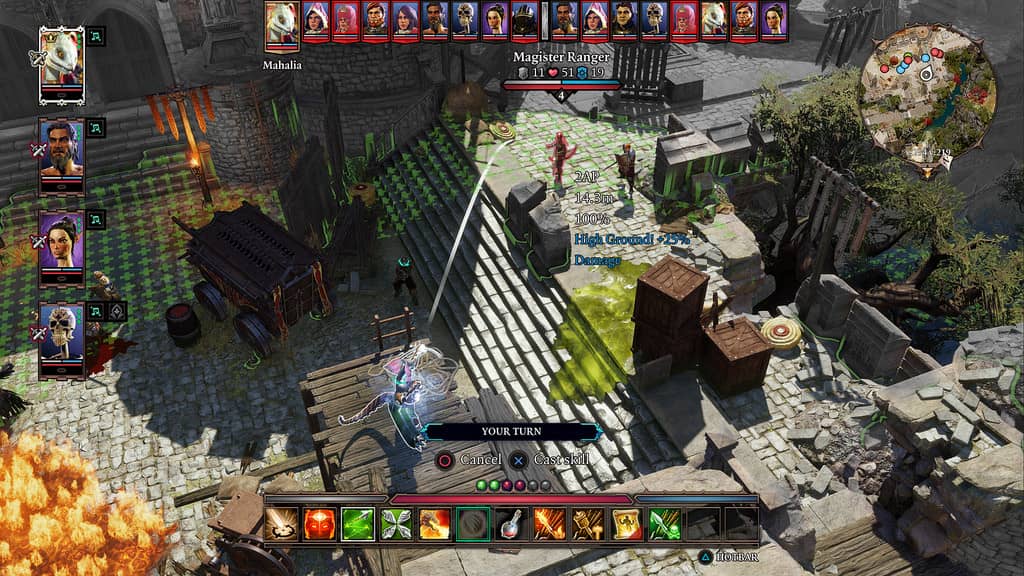 Divinity: Original Sin 2 Definitive Edition is probably the purest implementation of a role-playing game I’ve ever played. The game is set in Rivellon, a vast and lore-filled world of magic and fantasy. Its plot focuses on the rift between the gods and the void, and the emergence of voidwoken – horrendous beasts that are bringing destruction upon the world. Sorcerers, who manipulate source, the kind of force that binds living things, have been blamed for this rift and have been imprisoned on an island, the enigmatic Fort Joy, away from the rest of the world. Your heroes are among those who have been imprisoned, and as such, a story emerges that reaches beyond the realms of your island prison and indeed your own plane of existence. Suffice to say, the setting and plot of Divinity: Original Sin 2 makes this fantasy world is a bloody good one.

But like any traditional role-playing game, the world is only a backdrop for your own intrepid exploration, and the plot is merely a hook you can follow and bend any which way you choose. Choice is the name of the game, and in Divinity: Original Sin 2 Definitive Edition, the scope of player choice is immense. You can build your characters in any shape or form you’d like, with many different elements that affect the way he or she will play. There are attributes, skills (both combat and non-combat), background, races and much more. It’s not simply window dressing, like in many games, but rather a series of options that will deeply affect how your characters will approach the world and combat. 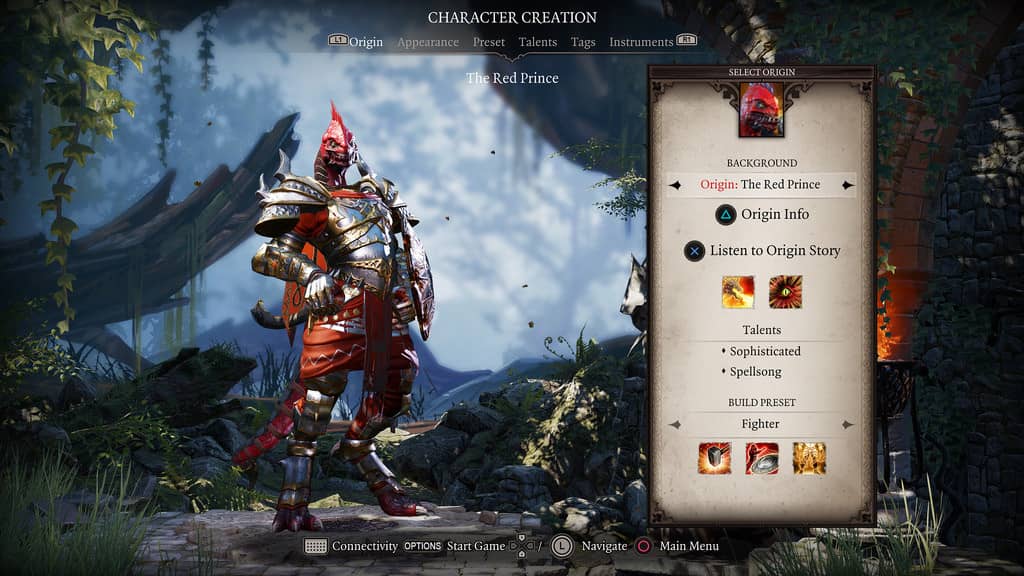 My class of choice is dwarves, and so my custom dwarf, Gruff, was built primarily as a pyrokinetic battle-mage that can rush into the action and tank opponents while setting the world alight around him. I also created Beast, another dwarf with his own unique backstory, who acts as a rogue that can slip in and out of battle, dealing major damage as he goes. Even though I had spent hardly any points to shape their roles at the beginning of the game, they acted totally different from one another. Beast was made of glass, where Gruff was made of stone.

But as much as combat is varied based on your party’s make-up and how you spend different ability points, the more interesting outcomes come from the social choices you make. When you open a door, another closes. This isn’t Skyrim; you won’t be the master of all trades and the leader of every guild. People will love you or hate you for many different reasons, be it just down to the way you look. If you are an undead and turn up without anything covering your face, then people will get scared and react accordingly. You aren’t a blank slate in this universe; you are role-playing a character, and every decision that you make, down to your race and background, will affect your experience in meaningful ways. The world of Divinity: Original Sin 2 feels incredibly alive because of it.

Is it console friendly?

It was always going to be an uphill battle to transfer the incredible amount of mechanics of Divinity: Original Sin 2 onto a controller, but that doesn’t mean that the battle isn’t winnable. Starting the game for the first time on PlayStation 4, I was overwhelmingly glad to be greeted with a brand new tutorial level. Aboard the ship taking me to Fort Joy, I learned, once again, how to control my hero. Getting to grips with the new controls wasn’t easy, and flinging you onto the beach to figure it out for yourself would have been torturous. That starting island may well be a playground to experiment, but the more guided approach of the console version is very much welcome. Accessing certain menus and interacting with the environments isn’t quite so straightforward without a mouse. 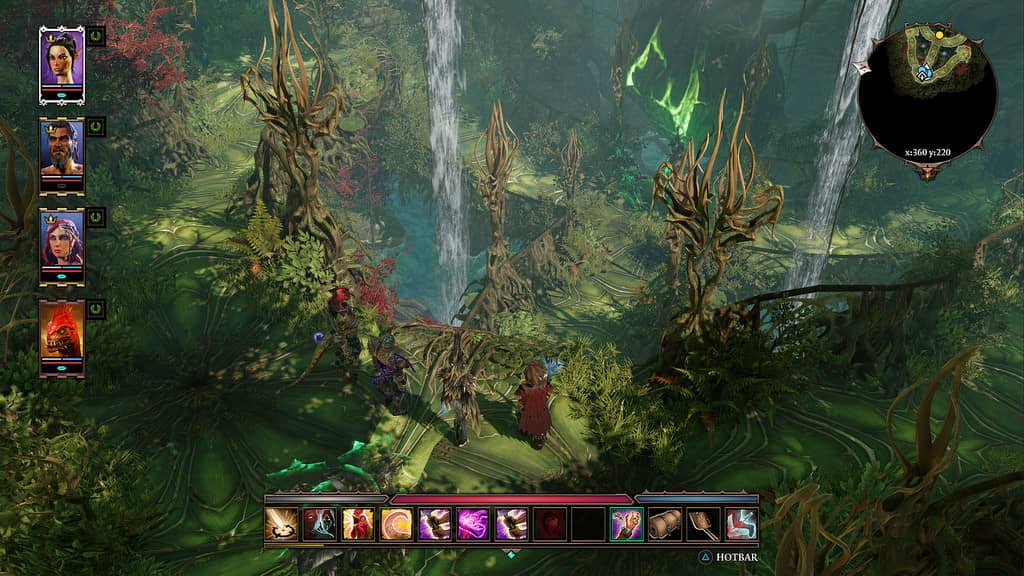 By the end of the introduction I had learned how to set my character up nicely and how to use him effectively. The controls are actually quite simple once you have got your head around them. There are also other tricks available to the console user, such as holding down X to scan your immediate vicinity and going through all the items around at once.

But while controlling a single character is fairly easy, I found it much harder to get my head around controlling a party. Reaching Fort Joy and gradually assembling a party was a slow process as I worked through how to switch between the members and struggled to properly equip and utilise them. But this isn’t a problem unique to console; with Divinity: Original Sin 2’s extensive amount of options, it’s very easy to get stuck down the rabbit hole of customisation when more than one character is involved. It also takes much longer to prepare for battle as you must set each character in the right position before making sure they are fully stocked up, lest you get hit with the unforgiving nature of Divinity: Original Sin 2’s combat.

A cut above the rest

Perhaps you’re primarily a console gamer, or maybe you  have a computer that’s barely able to run 2002’s Roller Coaster Tycoon 2. If that’s you, then you may have missed out on one of the most immersive RPGs of all time. But with the release of Divinity: Original Sin 2 Definitive Edition on console, you’ve now got the  opportunity to delve into the richness of the world of Rivellon and get knee-deep in its newly expanded world.

The control scheme may take some getting used to, and you may find yourself getting bogged down in some of the grittier details of the game. But once you get used to it, you may just have the role-playing experience of your life. Divinity: Original Sin 2 was already one of the best, and with the release of the Definitive Edition, it’s even better than ever.

Divinity: Original Sin 2 Definitive Edition is available on PC, PS4 and Xbox One. We reviewed the PS4 version. 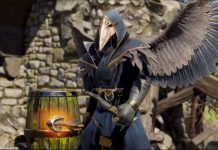 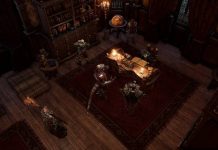 Divinity: Original Sin 2 Gets Native 4K and HDR on Xbox One X