Honestly, I’m not even much of an F1 fan, but as a lover of racing games its rewarding handling, brilliant presentation and extensive career mode was a winning combination. As a result, however, this year’s effort, F1 2018, doesn’t quite have the same impact.

It’s all in the career

Due to the strength of last year’s release, it’s perhaps not much of a surprise that F1 2018 reiterates on the formula rather than revolutionising it. As such, it has the same lineup of modes, pretty much looks the same, and the driving experience feels all-too familiar. Though of course, it has got all the updated teams and drivers. And if you start up a new career, you’ll find where it’s keeping all of its new features too.

While F1 2017‘s Career mode was already deep and engaging, F1 2018 pushes the bar even further. Your attention will still primarily be focused on making sure your car is performing at its best, and that your on-track performance is up to par, but there are more ways for that to be measured. Your racing endeavours will also be under more scrutiny thanks to the inclusion of PR interviews, and an enhanced rivalry system means there’s often more at stake. 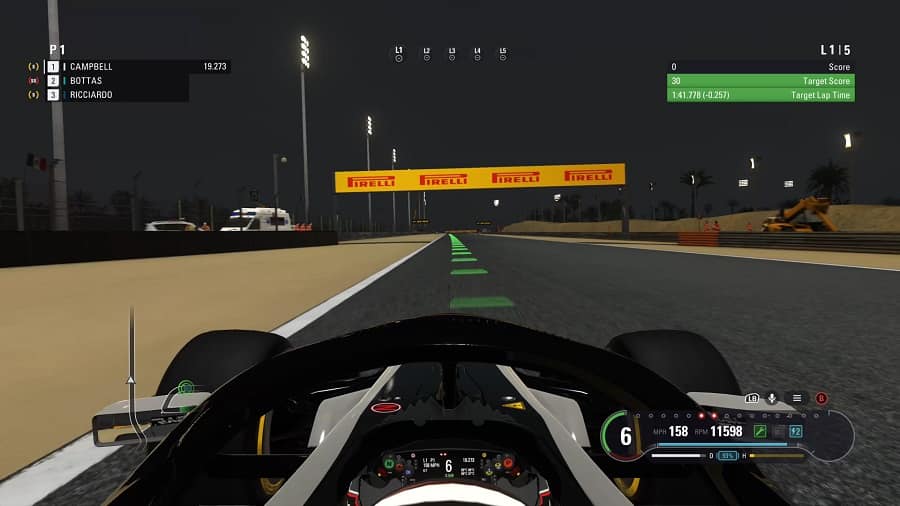 F1 2018‘s new career features don’t really make the experience feel fresh, but they do make your efforts on track feel more impactful. Being able to choose your own rival, for example, enables you to set your own goals. Do you choose a driver who’s performing poorly so you have more chance of success, or do you set your targets high in pursuit of true glory? Also, PR interviews: do you answer any questions thrown your way responsibly and be sportsmanlike, or do you be more flippant and playful to be a showman? Only you can make those choices, adding another layer to the off-track action.

Other Career mode changes are more subtle, like the revised R&D tree and reputation system. They’re no doubt better, but you’re not going to be shouting about them. Still, with all the new features in place, as well as the return of the likes of Practice Programmes, F1 2018‘s Career mode provides plenty of long-term fun. It challenges you to not only race well, but also consider the components of your vehicles and the relationship between you and your team. To succeed in the long run you’re going to need strategy and foresight. 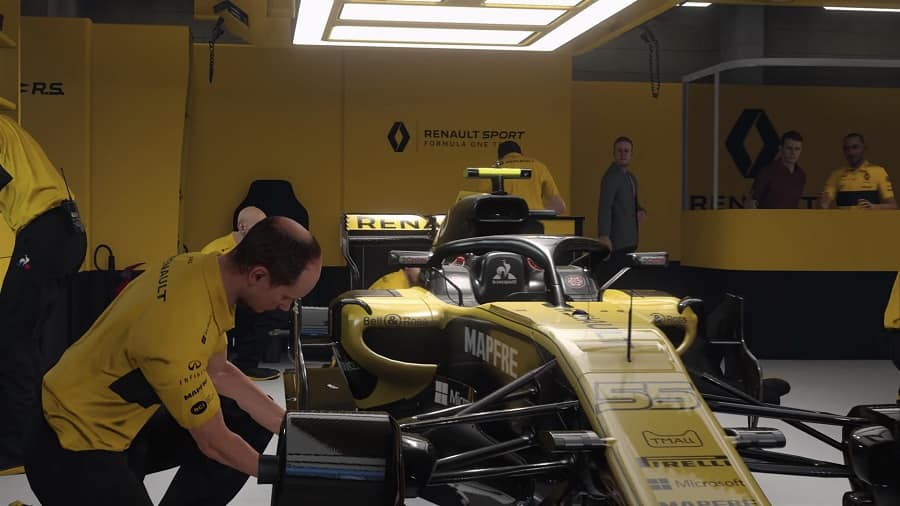 Outside of Career mode, you’ll find everything you need to have quick, accessible racing fun. Time Trial is great for honing your skills while also vying to be top of the leaderboards, while Grand Prix and Championship allow you to set up your own events. And then you also have online multiplayer options and Event mode, which presents you with occasional racing scenarios. None of these will be new to those who have played F1 2017, but as modes go, they’re about all that you could ever expect.

All modes benefit from marginally improved handling, but without playing F1 2018 directly after F1 2017 you’d possibly struggle to notice. The cars feel just a little bit heavier in F1 2018. The AI of the opposition has been tweaked too; they now seem to have more situational awareness, which is great when battling for positions. Honestly though, for most players, the racing in F1 2018 is going to feel exactly like the racing in F1 2017. You’ve got to really scrutinise F1 2018 to see and feel the differences. 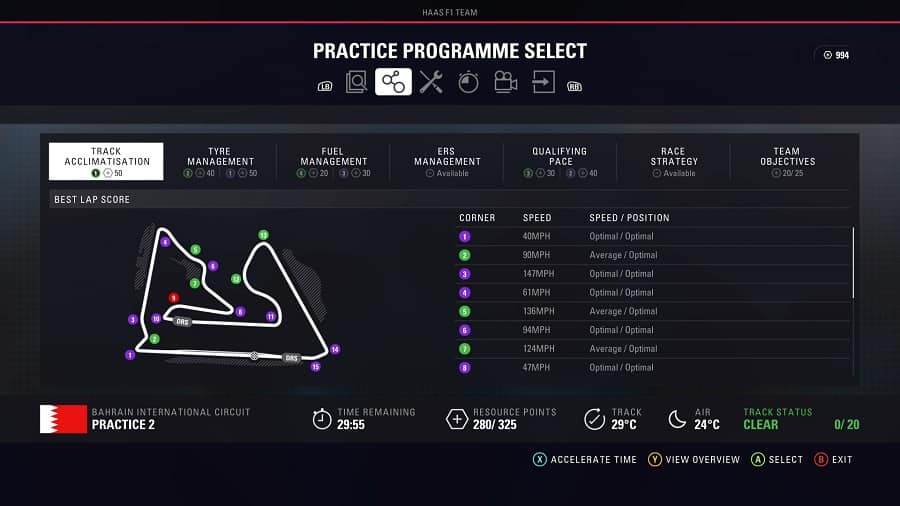 The same goes for the game’s visuals, too. Playing on Xbox One X, I can’t really see any obvious visual improvements in F1 2018 at all. Perhaps the weather effects are a little bit better? What I have noticed though are strange visual artefacts, perhaps a result of whichever technique has been used to achieve a 4K image. Thankfully I haven’t noticed them all that often. In any case, if you go into F1 2018 expecting a visual upgrade you’re going to be disappointed. Thankfully F1 2017 was a good looking game, and so even without any additional splendour, F1 2018 looks good a year later.

Like a yearly sports release, which I guess is what it is, F1 2018 feels like a refinement of last year’s title rather than an entirely new game. Career mode has some decent new additions, but I’m not sure they’re enough to make the game a worthwhile purchase for those who already own F1 2017. And changes to the handling and visuals are only really apparent under close scrutiny. So, while F1 2018 is undoubtedly a great game, only racing game fans who haven’t already played its predecessor are going to feel wholly satisfied with it. Meanwhile, avid players of F1 2017 would be wise to wait until the inevitable F1 2019 – unless they really must engage in some multiple choice PR interviews between races right now.