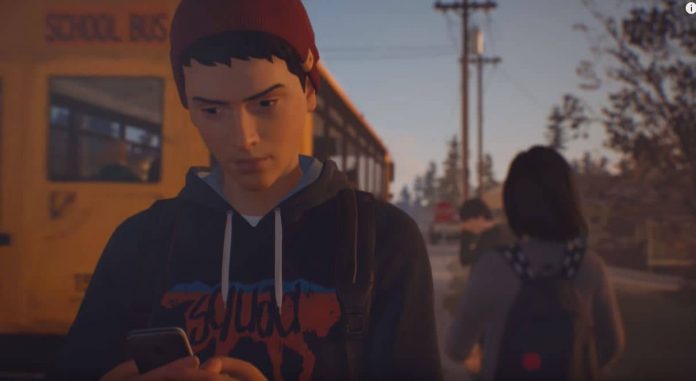 Dontnod’s episodic story, Life is Strange, grew into a cult classic, with many fans being completely captivated by the story of Max and Chloe.

Before the Storm, developed by Deck Nine, explored the character of Chloe as a protagonist, and served as a prequel to the original episodes. Life is Strange 2 looks to build on the theme set by this character and story driven series, but it’s a whole new story with new characters.

Here’s the key information revealed so far for Life is Strange 2:

As confirmed many times by Dontnod, Life is Strange 2 is not a continuation of Max’s story. This is a completely new story set in the same world.

However, if you played The Awesome Adventures of Captain Spirit, and paid close enough attention to the neighbours, well, you may just recognise the two main characters for Life is Strange 2! Whether there’ll be any cameos from any familiar faces from the first Life is Strange remains to be seen, but we shouldn’t expect so.

A tale of two brothers

Life is Strange 2 is built around two brothers: Sean and Daniel. Sean, the older brother, looks out for Daniel, who in turn really admires Sean. Their journey will not be easy, with many obstacles to overcome, and at times their bond will be tested. Daniel learns through his interaction with Sean, with the player having a key role in the development of the younger brother.

Sean and Daniel were living a normal family life in Washington, until a tragic event. This forced the brothers to run away from home, hoping to make it back to their childhood home town in Mexico. The brothers are on the run from the police, and constantly fear capture and separation.

The 19-minute long gameplay video released by DONTNOD earlier today sets the scene for that tragic event. If you’ve watched it, then you’ll already know that Life is Strange 2 is going to be an emotional journey.

I’ve got a power

Life is Strange protagonists all have a unique power. In Life is Strange, that was Max’s ability to rewind time, and in Before the Storm, it was Chloe’s ability to back-talk and put people under pressure. The Life is Strange 2 team have announced that there will be a new power included in the game, based around the brothers, but have not yet revealed any further information.

Don’t be a stranger

Life is Strange 2 embeds perfectly into the world Dontnod has created. It includes compelling lead characters with great backstories; with player choice at the forefront. There’s also a wide range of new characters to interact with, and a brand new soundtrack. All the pieces of the Life is Strange 2 puzzle are coming together in a hella good way!