Graveyard Keeper is a game about keeping a graveyard. Sort of.

The truth is that that, at times, the actual act of maintaining a graveyard and interring corpses feels like a side task. “Shady Medieval Enterprise Simulator” would certainly be a more appropriate, if less attention-grabbing moniker for this darkly comic farming game; you’ll spend just as much time roaming around gathering resources as you will actually burying the dead.

Stardew Valley of the Dead

But, even though Trading Standards might like to have a word, Graveyard Keeper’s slightly misleading title doesn’t do it any harm. Though be warned, this is game with a deeply deranged sense of humour, where you can happily pitch the dead into rivers or turn bodies into burger meat. If you’re looking for a sensitive respectful treatment of death and dying, you’re best off picking up A Mortician’s Tale.

Graveyard Keeper is, instead, designed to scratch the same business-building, crop-harvesting itch as Stardew Valley (though with more exhumations). You’ll find yourself diversifying into farming, wine making, witch-burning and even preaching, since it’s apparently your job to run the local church. Religion, as you might have guessed, gets a good ribbing in this game.

Your character is supposed to be finding a way back to the “real” world, but I got so involved in the serious business of buffing up gravestones and following up the game’s many side-quests that I really couldn’t have cared less. Once you to grips with the game’s resource management system and have built the machines you need to manufacture certain other items, the game much more engrossing. 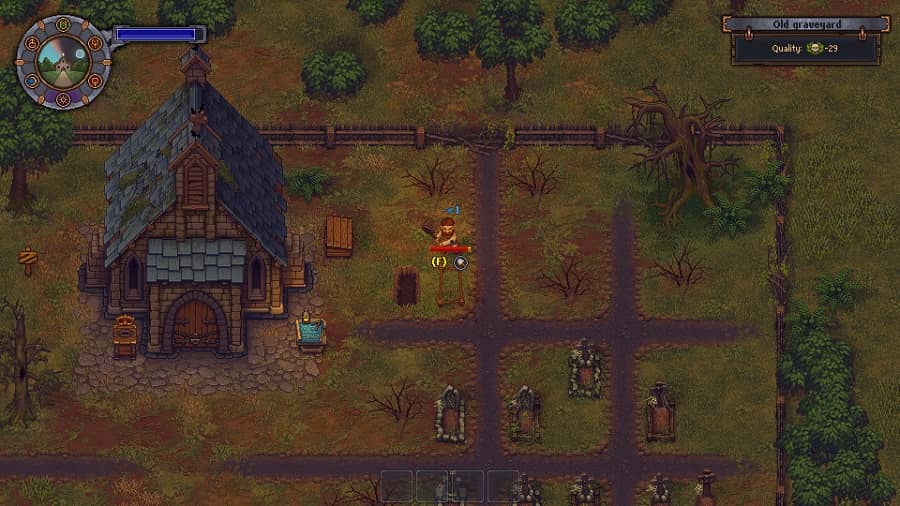 The snag is that it can take a long time to get to the point where the game opens up. Graveyard Keeper isn’t particularly helpful when it comes to informing you of your limits, or indeed, which tech trees you should choose to complete the mini-goals the game sets you. For example, one of the sub-objectives is to repair the graveyard. To do so, I could use stone repair kits to repair the headstones. I had all the resources I needed, except clay.

So, I wasted 45 minutes hacking away at various brown rocks and exploring the map in the hope of discovering clay. Drawing a blank, I consulted the Graveyard Keeper wiki which informed me that I couldn’t get clay until I’d completed a few more quests. At no point did the game inform me of this, nor was the “stone repair” item on the tech-tree locked away. As such, Graveyard Keeper’s first few hours can be a trying experience.

Another flaw is that, gorgeous as the game’s pixellated retro-style aesthetic is, it’s a tad jerky in motion. I experienced judder when my character crossed the screen, both on the PC and on the Xbox One. While it wasn’t game-ruining, it was certainly distracting and a little odd considering how low-tech the game’s graphics appear to be. 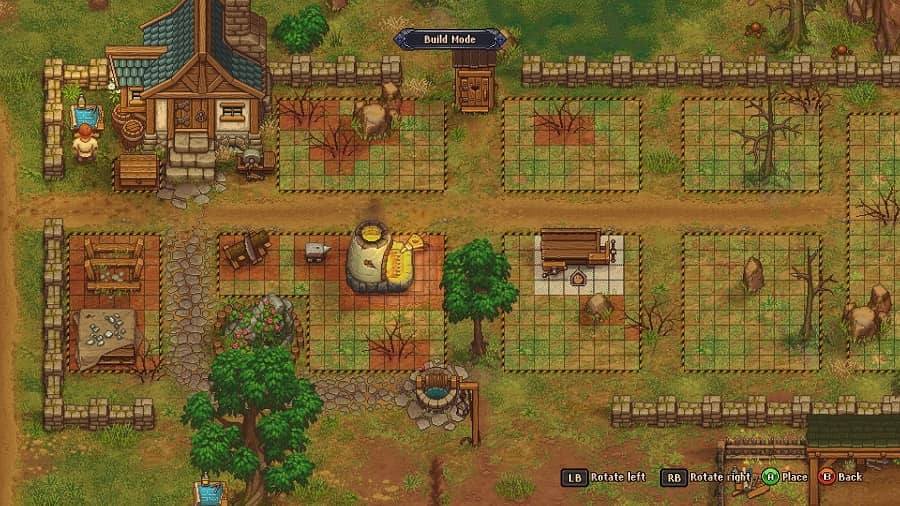 While it can be tough to get into, Graveyard Keeper is an engrossing, if sometimes gruesome, game. Playing it, there was some part of me that knew roaming around hacking up trees and so forth was basically work, but it never really felt like it – which is especially odd since I turned my nose up at No Man’s Sky’s resource gathering. But ultimately, Graveyard Keeper is so charming, in a twisted Tim Burton, dark fantasy sort of way, that you rarely resent the busywork. It’s certainly a rare game that can make you rub your hands at the prospect of purchasing a crematorium.

As long as you can stomach the slow opening stretch and that the game doesn’t quite live up to its title, you’ll enjoy this gruesome spin on the farming genre.

Graveyard Keeper is available on PC and Xbox One. We reviewed the PC version. 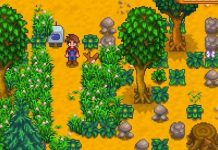