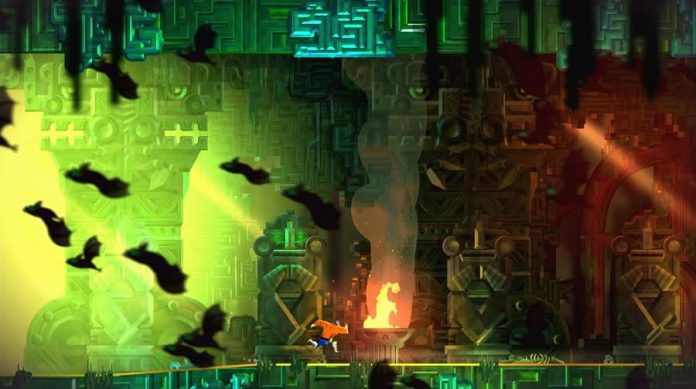 The original Guacamelee! was released in 2013; that’s five years ago.

It doesn’t feel like it was that long ago though, perhaps because it has been re-released on multiple platforms since. One thing remained constant as it leaped from PlayStation Vita to Windows PC to current-gen consoles though; it was awesome. And Guacamelee! 2 is too.

You are the Juan

Reuniting players with Juan Aguacate, Guacamelee! 2 seems to run with the ethos of ‘if it ain’t broke, don’t fix it’. It presents players with a new story to follow – one that involves you saving the Mexiverse by racing to take control of three artefacts – but in terms of gameplay, little has changed since the last Guacamelee!. Though that’s not particularly a problem.

While little has been outright changed, everything has been refined. The controls feel better, more responsive, but more importantly, Guacamelee! 2 provides more of a balanced challenge. Towards its latter stages, the original Guacamelee! really did get fiendish. Guacamelee! 2, while by no means a walkover, has more of a gradual curve. And only the most inpatient will throw down their controllers in rage when they do encounter a tricky platforming section or boss.

Special abilities are what make Guacamelee! 2 so much fun to play. You start out with just your basic melee attacks, but from then on you’re provided with a steady stream of special abilities to help you continue your adventure. Being able to break coloured blocks with your head and fists may open up new areas for you to explore, but it’s how those attacks are used to navigate the environments that is most rewarding. It’s often tricky, but using a combination of uppercuts, double jumps and dash punches to reach far-away platforms feels great when you pull it off right. 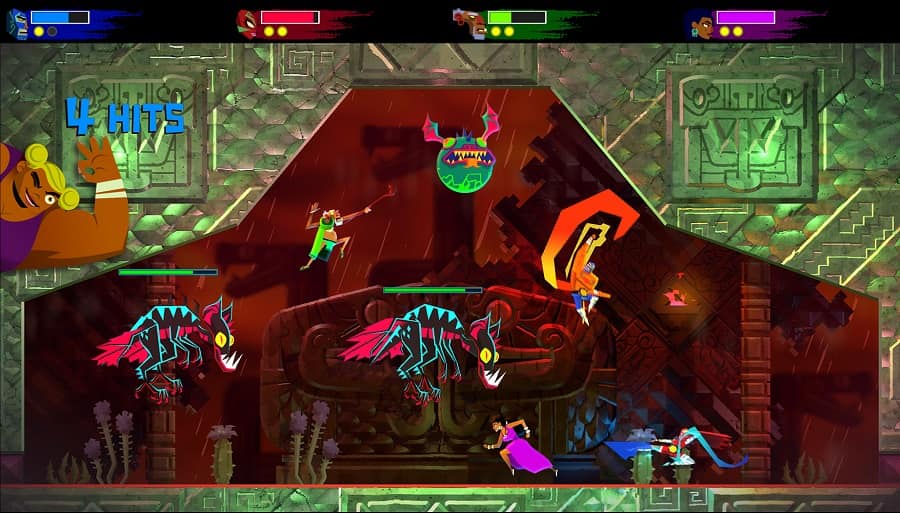 While Juan himself doesn’t really gain any noteworthy skills in addition to those seen in the first game, his chicken form does. In Guacamelee! 2 you’re going to find yourself playing as a chicken quite a lot, so you’ll be thankful that you’re eventually able to perform power slides and dash attacks, quickly taking care of your foes. You’ll even find foes protected by shields that can only be broken with your chicken form’s special abilities, adding another layer to the combat. And by finding trainers spread across the Mexiverse, you can use any gold you’ve collected to further enhance your abilities, making you ever more formidable.

On the subject of combat, it’s perhaps both the best and worst of what Guacamelee! 2 has to offer. When you’ve unlocked your full repertoire of skills, combining them all to defeat a room full of baddies is an absolute blast. Sometimes though, just sometimes, it can be infuriating. A combination of enemies, each with their own shield that requires a specific special attack to break, plus maybe one or two that are operating in a different dimension, requires a lot of strategy to overcome. Occasionally, such fights just feel messy.

It’s easy to lose position of your character in the cavalcade of attacks, and also hard to break out of a mob when caught by one. In just a few seconds your health can be brought down to zero, and if it wasn’t for the lenient checkpoint system, you’d probably be really frustrated. Thankfully, such fights are few and far between, meaning Guacamelee! 2 largely has you grinning from ear to ear throughout its 10 hour playtime. 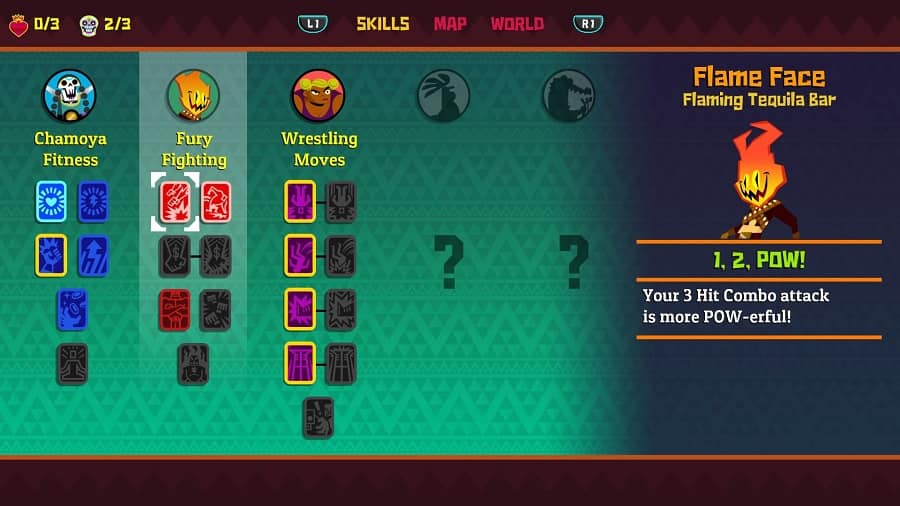 Visuals that don’t leave you Juan-ting

The area where Guacamelee! 2 has seen the most changes is in regards to its visuals. Guacamelee! 2 looks stunning. Environments are laden with detail, special effects are more abundant, and the lighting is absolutely sumptuous. Playing the game on a PS4 Pro, I was taken aback by the vibrancy of the colours onscreen and the sharpness of the image. DrinkBox Studios really has gone to town with this sequel, taking its art direction to the next level.

On the whole then, Guacamelee! 2 offers more of the same combat-laden, platforming action as its predecessor, but it’s just better. It’s funnier, with many humorous references and visual gags throughout. It’s better looking, with visuals that pop out of the screen and seer your mind. And it’s better balanced, ensuring that once it has you in its grasp, you don’t want to shake yourself free until the credits have rolled. And let’s not forget that co-op play makes a return too, allowing up to four players to punch and kick their way to success.

If you enjoyed the original Guacamelee!, this sequel is an absolute must. It’s not going to particularly surprise you in any way, but it’s certainly going to have you grinning from ear to ear as you play. Also, if you liked the original Guacamelee! but found its platforming and bosses a little too hard in the latter stages, you’ll find Guacamelee! 2 to be much more enjoyable. Those who didn’t like Guacamelee!, however, won’t really find anything here to change their minds. Guacamelee! 2 doesn’t reinvent the wheel, it just makes sure it looks prettier while flattening out any bumps.

Guacamelee! 2 is available on PS4 and PC. We reviewed the PS4 version.