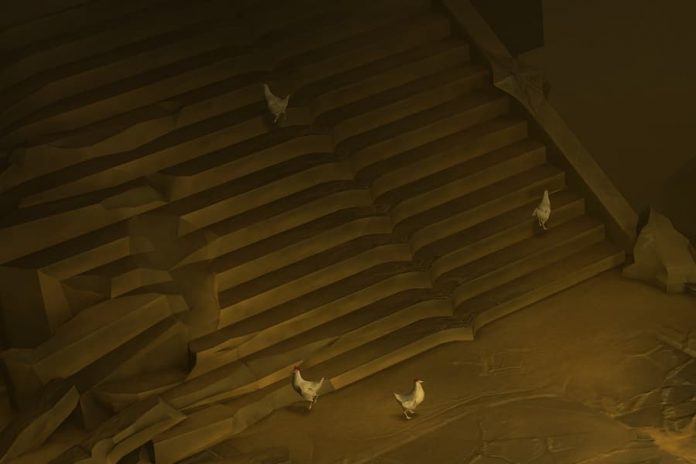 I’ve been playing Diablo 3 for hundreds of hours now, but it still surprises me from time to time.

Take yesterday, for instance. I was doing some bounties with Kim in tow, and in the Desolate Sands in Act 2 we happened upon a mysterious portal after investigating a strange rock formation. Liking loot, we obviously went in.

Called “Fowl Lair”, I guess we should have expected what was inside. But hey, it’s Diablo, all of its dungeons have daft names. Anyway, once we were in, it quickly dawned on us – it was literally a dungeon full of chickens. Lots of chickens just minding their own business.

Well, actually I lie. There was something else inside: one single pig. And emphasis on the was, because Kim killed it. Called “Greasy Pig”, once slaughtered it erupted with loot like a fleshy piñata. There was nothing good, mind you. But loot is loot, nonetheless.

Amazed by our discovery, I just had to take a screenshot to remember the occasion, which you can see below. Look at all those chickens, but pay no heed to the cow, that’s just my pet. And if you want to go hunting for chickens in Diablo 3; remember, Act 2, Desolate Sands. Good luck. 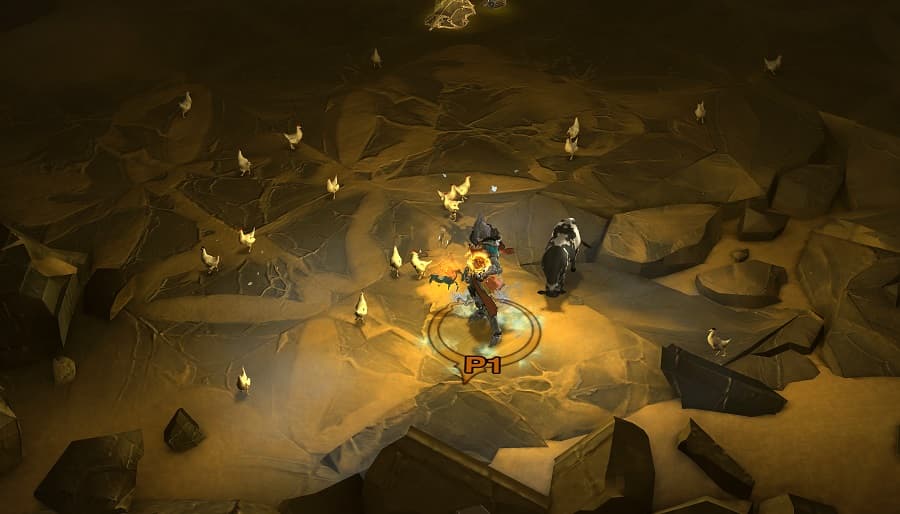