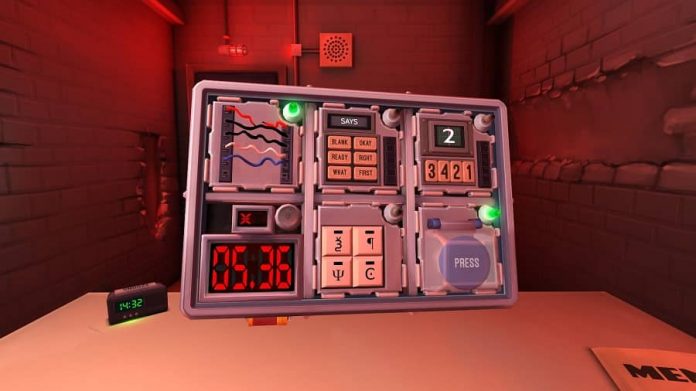 Tick-tock, tick-tock. I hate to interrupt but, you’re about to explode.

Keep Talking and Nobody Explodes is a multiplayer bomb defusal game from Steel Crate Games. I first played Keep Talking and Nobody Explodes upon its release on PC in 2015 and I was absolutely obsessed. I wasn’t living with anyone that I could play with at the time so I called up my friend and we were on the phone for hours breezing through the levels. In my first week with the game, I’d clocked over 30 hours. Now the exciting bomb defusal game has released on all consoles and I’m back at it, with the same and new friends, honing my bomb defusal skills once again.

There are two roles to play in Keep Talking and Nobody Explodes. The first is the role of the bomb defuser. This person is the one actually looking at the bomb. They’re able to pick it up, spin it around, and defuse each module (each puzzle on the bomb that needs to be defused) in exactly the way that the bomb defusal experts tell them too. The defuser is responsible for giving the bomb experts – the ones who hold the bomb defusal manual – all of the correct information in order to keep them all from… well, exploding into a million pieces.

The bomb expert part can be played by one or multiple people. The expert has a copy of the bomb defusal manual  and will be explaining how to defuse each module of the bomb as described by the bomb defuser. The experts will have to sort through all of the pages of the manual, read through the instructions, and relay all of the information back to the defuser in order to defuse each module. Each person must have patience and perseverance to defuse each bomb and get out with all their fingers and toes intact. 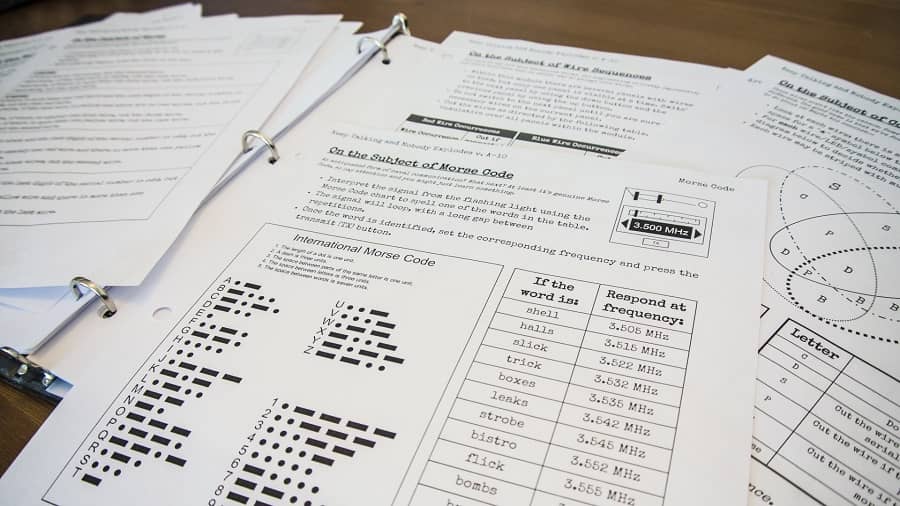 No matter how many good friends you choose to play Keep Talking and Nobody Explodes with, you’re going to get into an argument with someone. It’s just a fact. This is the big warning I give to anyone who decides to pick up the game. The more people you have, the more screaming and arguing you’ll encounter. Especially as you get further into the game and every single second counts.

That being said, arguing is the funniest part. You aren’t actually in any real danger of course, but the game does an excellent job of instilling a feeling a panic and haste. Which, for something that isn’t a horror game, is really impressive. With the addition of lights that go on and off and an alarm that sometimes starts blaring in the middle of a bomb defusal, Keep Talking and Nobody Explodes really puts its players in a state of stress and anxiety. Thankfully, my friendships are strong and can’t be taken down just because of a silly game. It’s only been a few days since we’ve talked. They’ll call me back, right? Right?

Four heads are better than two

If more than two people are tackling the manual, things can get even more hectic. And, with the best will in the world, if you want to succeed, you are going to need a small group. I played with only one friend up until the very end, but those last few bombs feel absolutely impossible to do with only one person on the manual. With at least two pair of eyes on the manual, one person can interpreting the morse code while someone else works on  unscrambling the passcode, or any of the other available modules.

I was a little disappointed that I had to have more than one manual person because, as an adult, it can be difficult sometimes to get a big group of people together. It’s good you’re able to do most of the bombs with just one person, but it’s a shame there isn’t an option to make the game a little more accessible to smaller groups right through to the end. 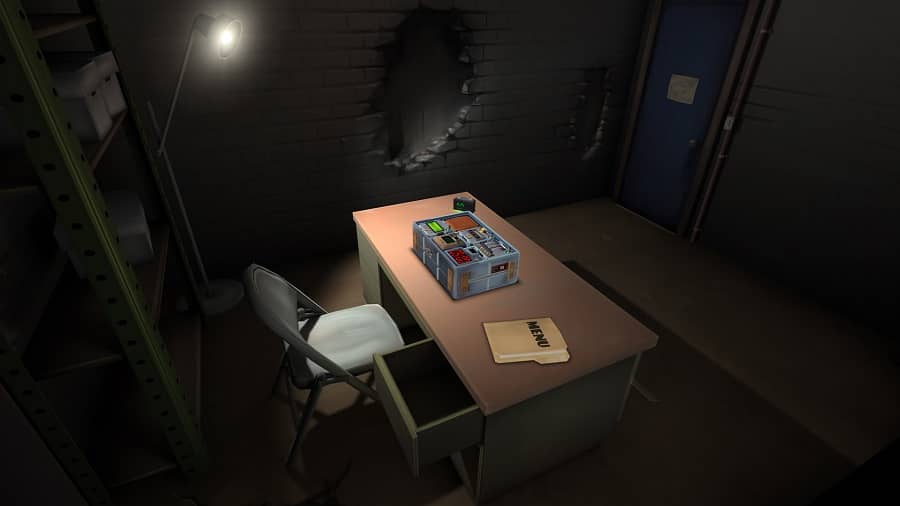 Something old, nothing new

When you go to print or download your copy of the bomb manual, you’ll see that it’s called “Version 1” which leads me to believe that there might be multiple versions of the manual. Don’t get me wrong, the manual gets the job done, but it’s been almost three years since I played the Steam version, and my friends and I are still practically  pros at it. We knew all the modules backwards and forwards, so sadly, there’s not much replayability once it starts to become familiar. A second version that introduces new modules or solutions could really give the game a much-needed refresh.

Still, Keep Talking and Nobody Explodes is a brilliant game that people of all ages will truly enjoy. And now that it’s easy to pick up and play on the go on Nintendo Switch, I’ll definitely be bringing it to parties or get-togethers so I can scream at my friends without real consequence. The difficulty level can get really intense towards the end, but if you’ve got enough people you’re sure to conquer each level after a few practice rounds.

Unfortunately, for players coming back to the game there’s nothing new to look forward to at the moment, but I’ll keep hoping that a version 2 may be in the works. Modding is available on PC if you’re looking for something a little different, but for Keeping Talking And Nobody Explodes veterans, the console versions don’t offer anything new.

Keep Talking and Nobody Explodes is available on PC, PS4, Xbox One and Nintendo Switch. We reviewed the Switch version.