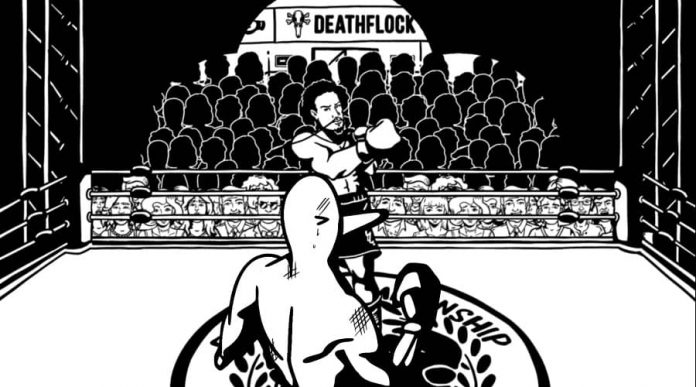 Some thought Mayweather vs McGregor was a strange matchup, but it’s got nothing on this boxing adventure!

WWE commentator Booker T is known for saying  “shucky ducky quack quack”, and that saying has never really made sense to me… until now. Pato Box, developed by 2think Design Studio and Bromio, is all about a champion boxer who gets cheated out of their biggest fight, and their subsequent journey to discover who wronged them. Oh, and the boxer has a duck’s head. Yup. It’s zany, out there, and wacky: but it works!

The control system is fairly simple, but challenging to master. Two of the face buttons act as jabs, while pressing up at the same time delivers a stronger punch. You can also duck (pun intended) by moving left, right, or back. The Switch version also offers the use of motion controls, with the Joy Cons adding a bit more exercise to the game. The mechanics sound easy, and they are, but there’s a very steep learning curve.

Pato Box has a wide variety of unique bosses. There’s a traditional boxer who hits hard, a mad lady who uses machines and lasers in their fight, and even a chef who you’ll need to hit with the right type of food. Pato Box never lets you get too comfortable with one particular fighting style. It’s a drastic change to the boxing offered on Wii Sports.

Each boss has their own unique style which you have to master. Timing is key, and each boss’ pattern of fighting is different. Don’t expect to beat a boss on your first attempt. It’s a retro-style system which forces the player to learn each enemy’s style, and that can take countless attempts. At times it can be irritating, but finally winning is so sweet! 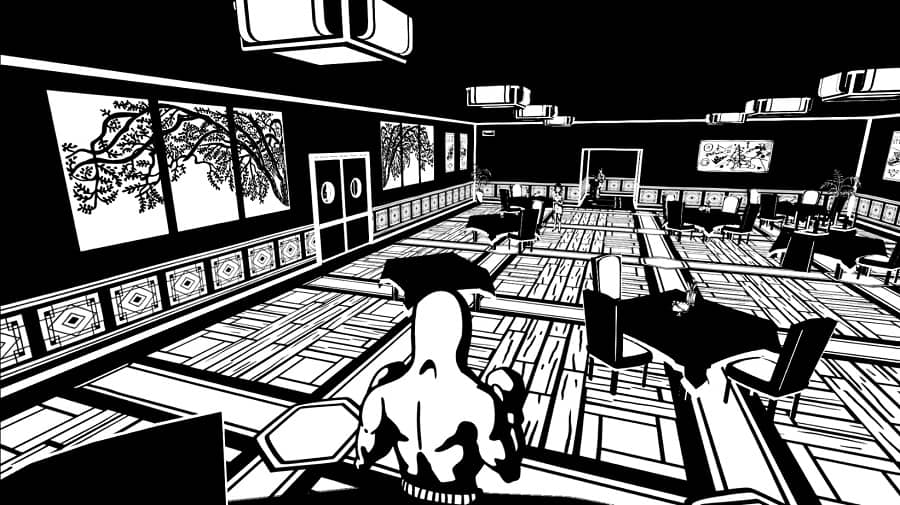 “What exactly is the function of a fighter duck?”

There’s a lot more to Pato Box than just boss fights. The story mode offers a creative set of levels. The eponymous Patobox learns early on that Deathflock, the company he’s been working for, has betrayed him (you’d think the name would give it away). But the organisation has many secrets, with each of their main employees – the bosses you encounter throughout the game – keeping everything hidden until you beat them.

Imagine if each floor of the Silph Company in Pokémon Blue and Red had a boss and different tasks that needed completed in order to advance. That’s pretty much the layout for Pato Box. Each floor to the tower is completely different, ranging from a casino to a maze with hidden enemy robots and lasers.

These levels offer a deeper experience to Pato Box’s story mode. The levels aren’t overly challenging, but add substance to the core fighting dynamic. The areas are surprisingly detailed and easy to engage with. Each level has different characters who either initiate a dialogue, a quest, or just a comment. 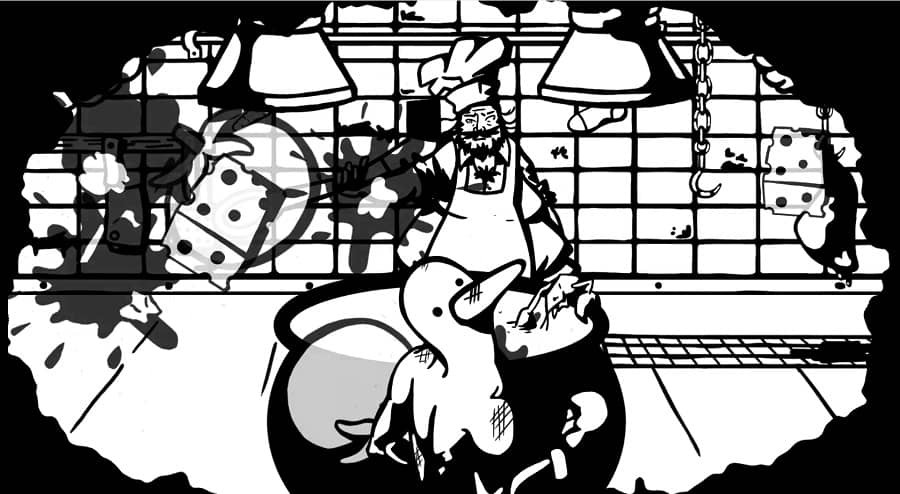 Pato Box’s visuals are incredibly stylistic. It uses black and white cel-shading with comic-like dialogue boxes to great effect. Every level  flawlessly mixes 2D and 3D styles, and despite its perceived simplicity, the design is easily one of the best parts of Pato Box.

The characters are designed with a lot of attention to detail, too. Each has a unique look, and their environments reflect their personality. The areas are easy to explore; one of the best parts of Pato Box is adventuring through the highly detailed areas.

The music differs for each level. Typically, it’s a techno style beat which adds to the feel of the stage. To use a Pokemon reference again: it can be quite similar to the music for Lavender Town. It definitely fits, but it gets to be slightly annoying over time. It’s a simplistic style which relates to the retro style of Pato Box.

The fights themselves offer awesome visuals. Whether it’s a kitchen or a ring, Pato Box offers a fun environment to fight in, and one that can often change during the fight. The punches sound incredibly gratifying, with swooshes and smacks added for extra oomph. They’re especially needed when battling against the same annoying boss for the tenth time! There’s no health levels displayed on the screen, with the damage being indicated by how beaten up Patobox looks. It’s a nice system which complements  to the overall style of the game.

A verdict which pulls no punches

Pato Box takes what made Punch-Out such a classic and builds on the gameplay by adding a wacky story and developed levels to explore. Despite the added features, Pato Box should be a short and fun game, but it extends playtime through frustrating boss fights with patterns that have to be learned. Many retro and arcade games, however, were made like this and were very successful, and Pato Box is a game for that type of player.

A great visual style makes Pato Box stand out from the crowd, as does the duck/boxer protagonist. If you’re up for a challenge, with a game that requires you to master the rhythm of each boss fight, then Pato Box will be a champion for you. 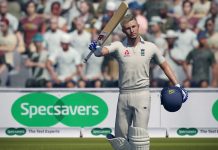 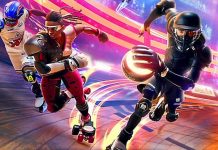 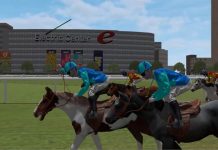 The Worst Sports Videogames Ever Made