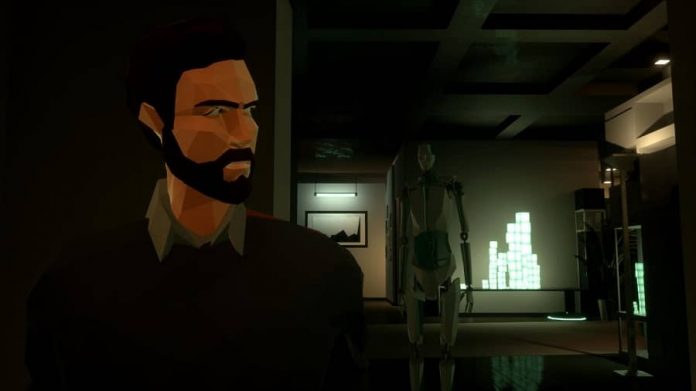 It’s a bold move, putting the player in the shoes of someone who you’d go to absurd lengths to avoid. Nolan, the protagonist of State of Mind, is not only carrying on behind his wife’s back, but he’s been sacked from his job for delivering copy so bile-soaked you’d have to wipe it down in order to read it.

And yet, thanks to Daedelic Entertainment’s storytelling skills, this futuristic adventure is a compelling, thought-provoking and wholly engaging outing. Taking place in 2048 Berlin, Nolan wakes up from an accident to discover that a fragment of his consciousness has been copied and transported to a virtual world.

To further complicate matters, this fragment has a life of its own, identifying as Adam Newman. Adam is kind, caring and patient; everything Richard Nolan is not. His city, bathed in a heavenly sheen, is the polar opposite of Nolan’s grimy, neon-tinged metropolis. All of this makes your quest to uncover the architect of this virtual paradise a mildly unsettling one. True, delving into this cyber-conspiracy may lead you to Nolan’s missing wife and child, his primary motivation for seeking the truth, but does a man like Richard Nolan really deserve a happy ending? 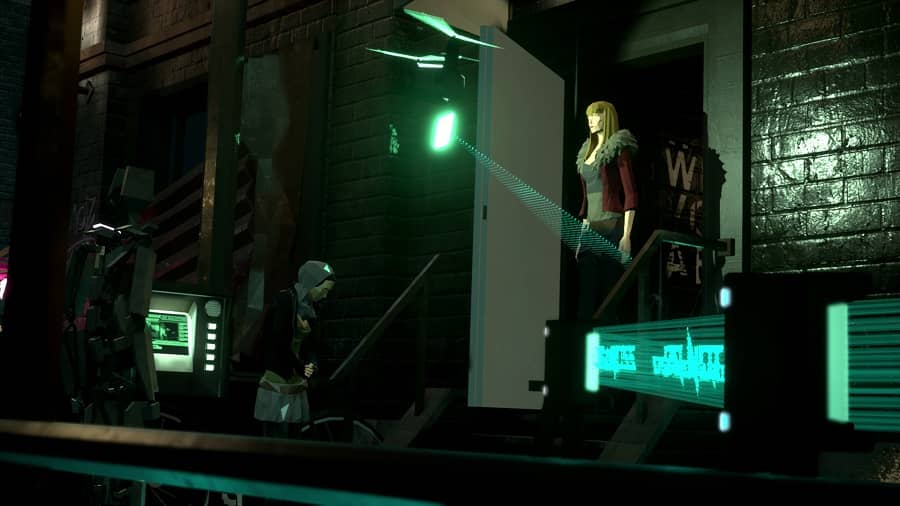 Remains of the Grey

State of Mind deals in shades of grey and is, in this manner, wonderfully thought-provoking. More Black Mirror than Blade Runner, it addresses notions of trans-humanism and individuality without ever coming across as preachy or pretentious. It also looks utterly lovely with lavish backdrops and characters sporting a uniquely appealing angular look. That said, I couldn’t help but see Richard himself as the secret lovechild of Deus Ex’s Adam Jensen and Kryten from Red Dwarf.

Uncovering the conspiracy involves roaming around multiple locations (several of which figure into flashbacks), asking questions and solving the odd puzzle. You’ll find yourself visiting several locations more than once, such as Richard’s former publishers, The Vole (apparently it’s really called “The Voice” but thanks to the newspaper’s edgy cyber-font, that’s all I can see). And thankfully, to-ing and fro-ing never gets tiresome, thanks to State of Mind’s superb story.

This is a game that, despite its lofty themes, is highly accessible. It doles out its narrative piece by piece, every other conversation lowering you a little further down the rabbit hole. Even when you’re playing as Adam Newman, as you do periodically, you’ll happily accept the (virtual) reality of his gleaming world. Richard’s world is just as believable; the technology you’ll encounter is surprisingly functional, not ludicrously impractical as future technology often is. True, I’m still not on board with the idea of 3D-printed food but nothing in the game is ludicrously implausible. 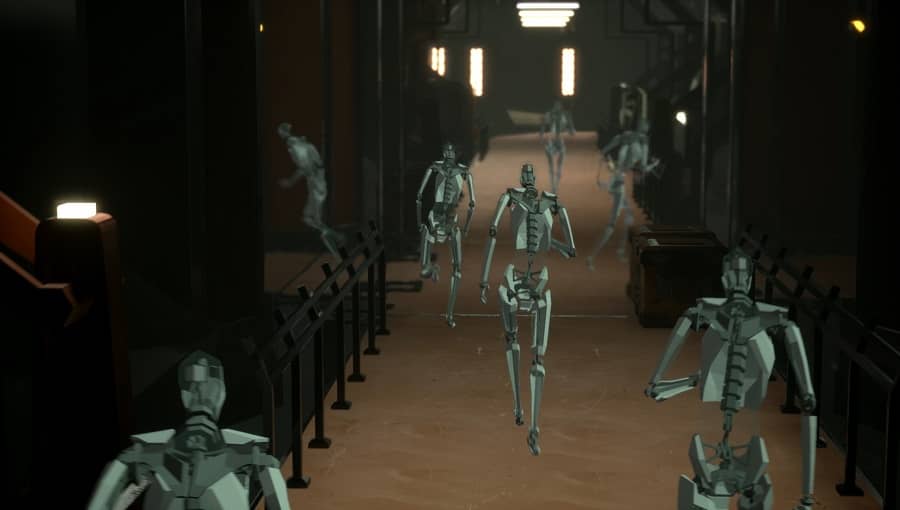 Puzzles make use of the devices of the day, such as redirecting security cameras so they can’t observe you, and interactive areas are helpfully highlighted by a glowing green arrow. So while you might have to wander to speak to a particular character, you’re never sweeping the background for that one tiny pixel-wide object you’ve missed. On the subject of NPCs, there is perhaps one character who sticks out as stereotypical and poorly-written; but nearly every other major character comes across as a believable and rounded individual. I found myself swearing vengeance upon one character, only to end up rooting for them (over Richard, in fact) when a playable flashback revealed a chunk of their none-too-pleasant history.

Instead of flinging the controller at the wall in frustration, you’ll be setting it down to take in the revelations that State of Mind doles out. The game is mostly sci-fi, but there are a few deeply disturbing moments.

Even now, days after having finished State of Mind, I’m still bothered by the horrifying yet bloodless fate that befalls one character. This is a game that’s deserving of the “adult game” label because of the themes it tackles, not because you’re shooting pedestrians in the face with a gun that fires knives that fire smaller bullets. 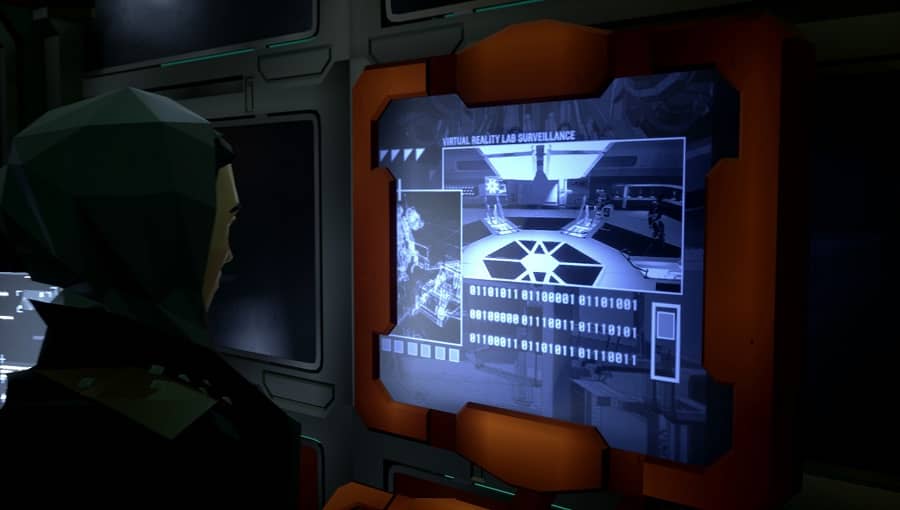 State of Mind does have its flaws, though, which become more evident when you hit the home stretch. While Richard Nolan grows a little as a character, he’s never the most likeable individual, but you go along with him because you want uncover the truth behind the virtual world. However, once you’ve accomplished that, State of Mind falters. The game’s conceit is that you care for Richard’s family because you’re told to, not because you actually feel anything for them. I couldn’t have cared less and, as a result, my motivation took a serious hit.

Another endgame issue is that while State of Mind‘s storyline never branches, in the game’s closing scenes you’re given a couple of significant choices to make. These are some pleasingly deep decisions with consequences that go beyond Richard’s own life. Yet the game’s final scene barely reflects this; less so, even, than Mass Effect 3’s much-maligned ending.

Disappointing as this lack of follow-up may be, State of Mind still delivers a stellar sci-fi experience that, while comparable to other entries in the genre, has a character all its own. Given the game’s complex topics, don’t expect to walk away feeling like all is well with the world, but you’ll be more than glad you plugged in.

State of Mind is available on PC, PS4, Xbox One and Nintendo Switch. We reviewed the PS4 version.