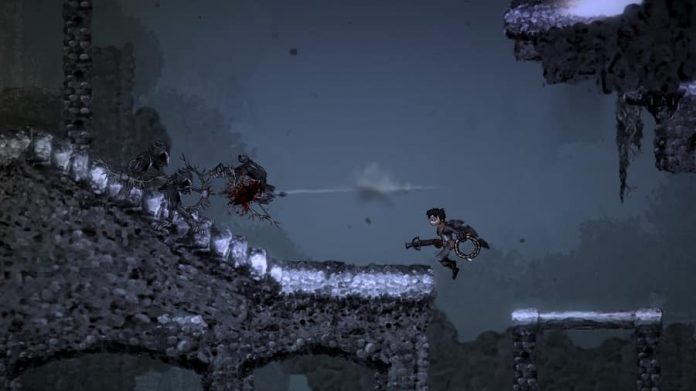 Originally released for PS4 in 2016, Salt and Sanctuary borrows heavily from titles like Castlevania and Dark Souls. And it does so to good effect.

In my review of the PS4 release, I stated the “the fusion of solid platforming, engaging combat and deep character development creates an experience that feels somewhat fresh despite its roots in tried and tested genres”, and I stand by that. Even now, playing the Switch version, there’s something about Salt and Sanctuary that makes it stand out from the crowd.

Perhaps it’s its unique art style that is dark yet rather alluring; both the game’s characters and enemies alike have a comic book style to them, that lends itself rather well to the 2D gameplay. Or maybe it’s just the haunting atmosphere that pervades the game. I can’t quite put my finger on it, but there’s a certain “je ne sais quoi” to Salt and Sanctuary.

This Switch port of the game retains all of its best qualities. The controls are responsive and fairly intuitive, it looks great and performs even better, and there’s a massive, sprawling adventure here for anyone up to the task. It also inherits the problems I’ve previously had with the game though. And also has a new one for those who like to play in handheld mode. 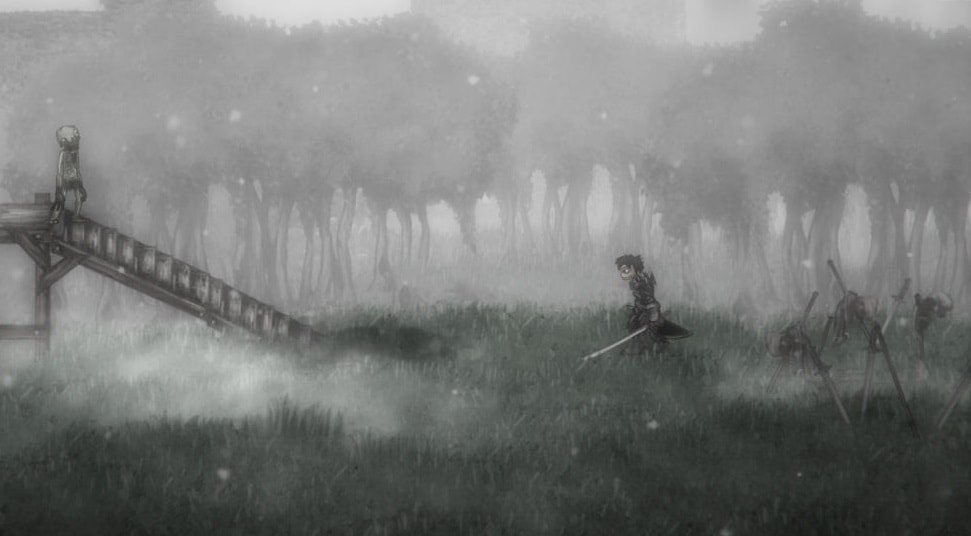 The verticality of Salt and Sanctuary‘s environments has always been a double-edged sword. It allows for some engaging multi-layered travels, but can also result in frustration when expecting you to descend into an abyss in which you cannot see. Salt and Sanctuary‘s also not too keen on giving you a gentle nudge to make sure you’re heading in the right direction, often leaving you to wander around aimlessly until you happen upon your goal. It’s the game’s darkness that will have Switch players raging from time to time if they’re playing in handheld mode though.

Salt and Sanctuary is dark. It’s just how it is. And being honest, it’s all the better for it. On the Switch’s small screen though, the darkness of most of the environments coupled with the zoomed out camera makes it hard to see certain enemies and their attacks. And there’s no option to turn up the brightness in game, either. Obviously, if you’re playing on a TV via docked mode it isn’t an issue whatsoever. If you tend to play your Switch games in handheld mode like me, however, you’ve been warned.

Still, like I said earlier, there’s something special about Salt and Sanctuary, and if you haven’t played it yet, now’s the time. Which format you should play it on though is up to you. It’s available on PS4, PS Vita, PC and now Switch, though there’s nothing that particularly makes it stand out as being better on any of them. But then I guess on Switch there’s the option to play in handheld mode or on your big TV. So yeah, go with the Switch. You’ll die, die and then die again, but you’ll always go back for more.

Salt and Sanctuary is available on PS4, PS Vita, Switch and PC. We reviewed the Switch version.