Brexit is a bit of a mess and Not Tonight knows it.

Ah, Brexit. If you’re unfamiliar with the concept, perhaps living in a country that’s also drowning in its own political paddling pool, here’s the abridged version. Just over two years ago, residents of the UK voted whether to leave the European Union or to stay. Those arguing in favour of the former said that leaving would usher in a golden age of political freedom, a better health service and the return of white dog poo.

Those arguing against Britain’s departure, on the other hand, claimed that exiting the EU would leave the country weaker, subject to the whims of tyrannical moustache-twirling businessmen, where you’d have to sell your own feet to purchase a gallon of petrol. The country (narrowly) voted “Leave”, but it quickly became apparent that the Government had no real idea as how to depart the European Union, a situation which continues to this day. So that’s going to be a lot of fun.

“Let me fix your nonsense premise for you.”

There was, however, one other political hot potato that figured into the Brexit debate, and it’s an issue that Not Tonight, a Papers Please-inspired role playing game, capitalises on. Immigration. Not Tonight, a PC game firmly in the “Remain” camp, shines a spotlight on this issue, envisioning a post-Brexit world where those without 100% Anglo-Saxon heritage are treated as second class citizens. And unsurprisingly, it’s got a few people a little pent-up, going by the comments on the game’s Steam page which I’ve helpfully scattered throughout this article. 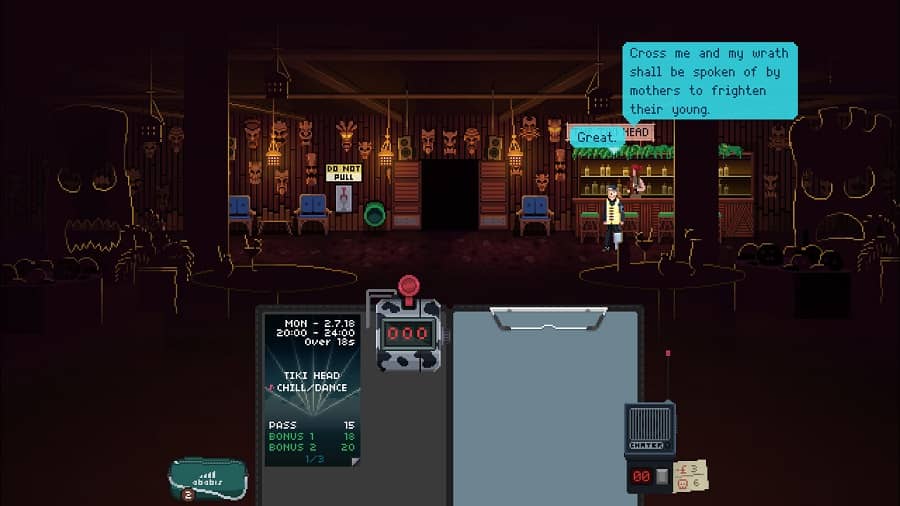 The primary accusation levelled against Not Tonight seems to be that it’s pure propaganda, paid for by some sinister marxist organisation. I have my doubts as to that claim but the game makes no bones of its leftist-leanings. Not Tonight casts you as a long-term British resident who, due to some oversight earlier down the line, no longer qualifies for British citizenship and has to take a job as a bouncer just to stay in the country. It’s a clear nod to the Windrush Scandal which saw a whole generation of post World War II migrants marked as illegal immigrants, along with their descendants.

“I am interested in this game but I’m not going to waste my money on leftist propaganda.”

The game doesn’t specifically namecheck Brexit. Instead, the country under the thumb of the “Albion First” party, an obvious take on Britain First, a far-far-far right group who has been repeatedly labelled as racist. Not Tonight is technically satire, but it’s so heavy-handed that you can’t fail to miss its message. Your character is referred to only by their number and is forced to live in a squalid apartment, with a heavy, barred door that’s clearly been repurposed from a local prison. You can look forward to being labelled “filthy Euro scum”, taken advantage of by your immigration and handed huge medical bills by a now privatised “National” Health Service.

So, to pay your way, every night (you can take a day off but it’s not a good idea) you stand outside a club, checking people’s ID cards for signs of forgery or indications that they’re underage. Surprisingly, the people who are the least abusive are the ones who you turn away from the clubs you end up working at (or are less willing to voice their sentiments). Not Tonight paints the Establishment, rather than the general citizenry, as overtly racist. Though, conversely, it doesn’t really explore just how Britain’s population was hoodwinked into voting for Albion First. 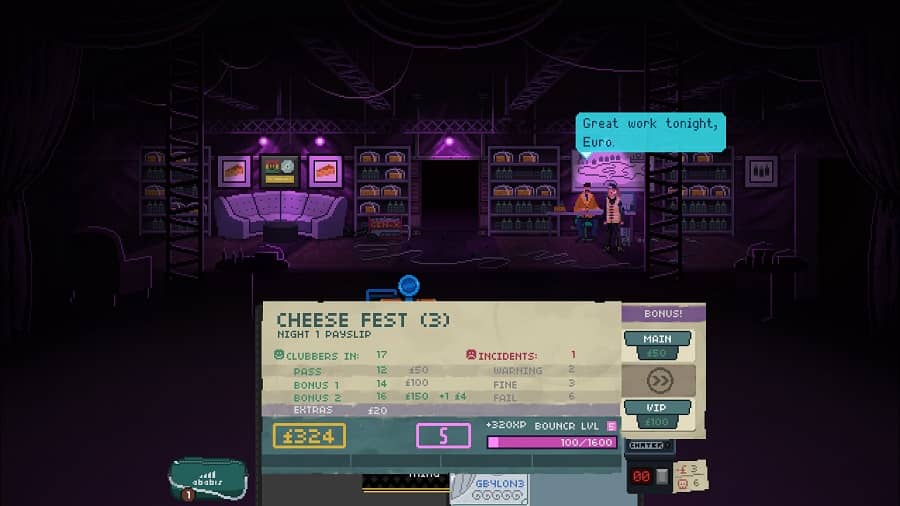 “The obvious leftist bias is laughable.”

As you progress through the game, the Establishment continues to be awful and your own fortunes take a turn for the worse. You’re even asked to pay “compassion tax” at one point. The increased financial pressure throws up some real moral dilemmas – do you take bribes to let people in, or sell drugs, just to make ends meet? What will do you when your neighbour begs you to help her husband stay sober and he turns up at your club offering you fifty pounds to let him in?

Still, as awkward as your character’s situation is, seeing through people’s deception is a wonderfully cathartic experience, and Not Tonight plays on this in some unexpectedly clever ways. Just to underline how normalised racism has become in this dystopian world, you’re even tasked with barring people based on their country of origin, even if they’re legal citizens. So you start ejecting people because their passport has a French flag on it, grinning like an idiot because you’re catching them out as you’ve been doing throughout the game. Then you realise exactly what you’ve been doing and you feel like an absolute heel.

“This is an SJW Cuck game right?”

I have no problem with games being political and, heavy handed as it is, Not Tonight manages to avoid being patronisingly so. However, I do take issue with the game for another reason. It’s very clearly based on Lucas Pope’s BAFTA award-winning Papers Please, adopting the same visual style and even using a near-identical font. Google “Not Tonight” and you can’t move for people, rightly, comparing it to that title. It’s so similar, in fact, that you could almost mistake it for a direct sequel.

But Not Tonight contains no acknowledgement of that game, not even a nod in the credits. There are plenty of titles that are inspired by other games, yet Not Tonight’s similarities go beyond that which is perhaps more worthy of scrutiny than the game’s political leanings.

“I can almost taste the Brexiters butthurt, it is glorious.”

Still, whether you subscribe to the game’s politics or not, Not Tonight is an entertaining game which, while weighing in at twice the price tag of Papers Please, delivers a good few hours of guilt-ridden, morally questionable entertainment. Now if you’ll excuse me, my Brexit bunker’s not going to dig itself. 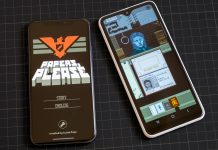 Papers Please is Coming to Mobile This August 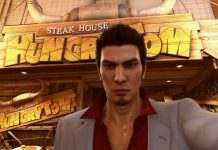 This Week, We ‘Ave Mostly Been Playing… #9