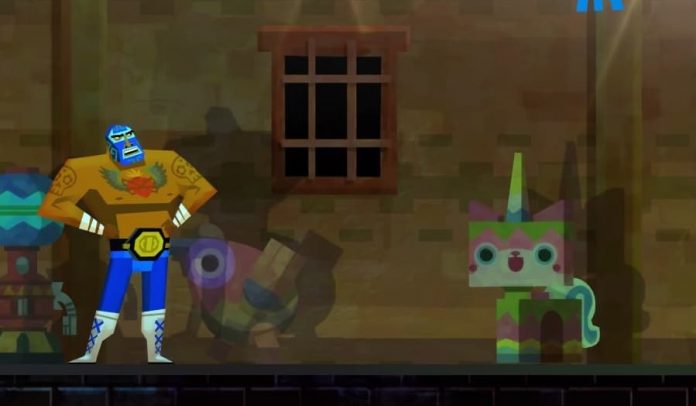 Out today, you should probably consider buying Guacamelee! 2 if you like metroidvanias.

Available on PS4 and PC, while its gameplay is utterly enjoyable, what really sets it apart from its predecessor is its visuals, which have really been ramped up.

Every area in Guacamelee! 2 looks phenomenal. There’s just so much colour and detail, and the lighting makes everything pop. While travelling across the Mexiverse, however, I found an unlikely imposter standing in plain sight in one of the game’s backgrounds. An imposter that fans of The LEGO Movie will instantly recognise: Unikitty.

In one of the game’s towns – Peublucho, I believe – I entered Pedro’s Piñata Palace, which was unsurprisingly full of piñatas ripe for a good punching. But before I released my aggression on the coin-filled containers, my attention was drawn to Unikitty, just standing around in the background. For anyone familiar with the character, she’s really hard to miss. I mean, just look at her below; it’s like she’s trying to steal the limelight. 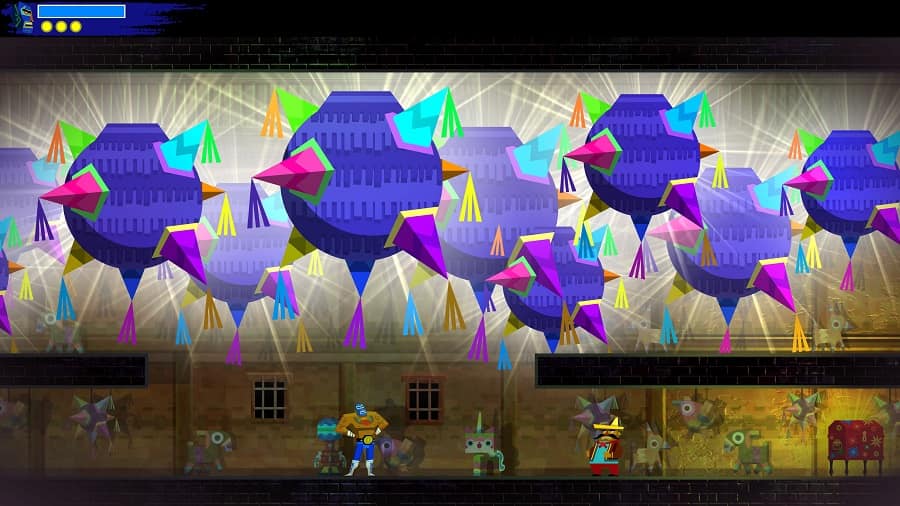 I don’t know why Unikitty is in Guacamelee! 2, but there she is. I imagine someone at DrinkBox Studios is a fan? In any case, it leaves me with the question: who else is lurking in Guacamelee! 2‘s backgrounds? I might have to spend some more time with the game with a keen eye on the lookout. 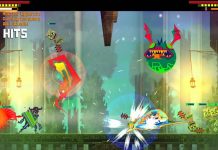