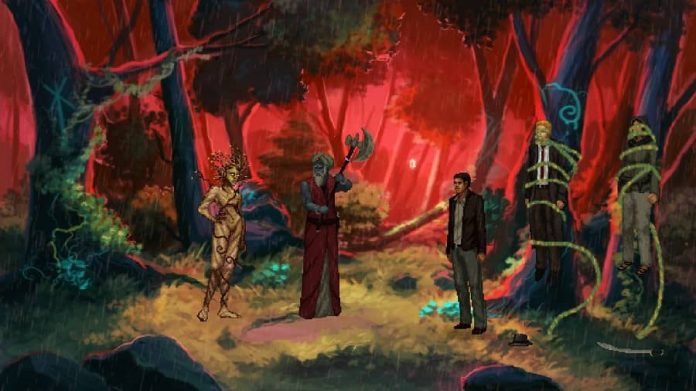 I have always been fascinated by ghosts.

There’s always been the question of whether or not they’re real. Whether or not they haunt us. But, what I find so interesting is that no one has any real proof of their existence. Everyone has their own interpretation of how ghosts act and feel. The same goes for other mythical beings like demons, elementals, dragons even.

That’s what makes Unavowed, the latest point-and-click game from Wadjet Eye Games, so brilliant. It is a new, fresh look at the world of the unknown that allows players to walk about New York City discovering for themselves what could be lurking in the darkness.

Did I Do That?

In Unavowed you first start out by choosing a gender and one of three career paths: actor, police officer, or bartender. Each of these choices ultimately changes some portions of the game (dialogue choices and locations mostly) but the main narrative beats stay the same. Once you’ve chosen your character, the story begins and – here’s your warning – it will pull you in right away.

No matter what initial choices you make, your character ends up being possessed by a demon who goes on to kill dozens of people. This puts you on the radar of the ‘Unavowed’; a group of “supernatural detectives” who seek out evil supernatural beings in order to stop them from doing any more harm to the Earth. Unavowed members Eli and Mandana manage to get the demon out of your body and, as you’re now technically a wanted murderer and unable to go back to the way things were, invite you to join them and start a new life with the Unavowed. 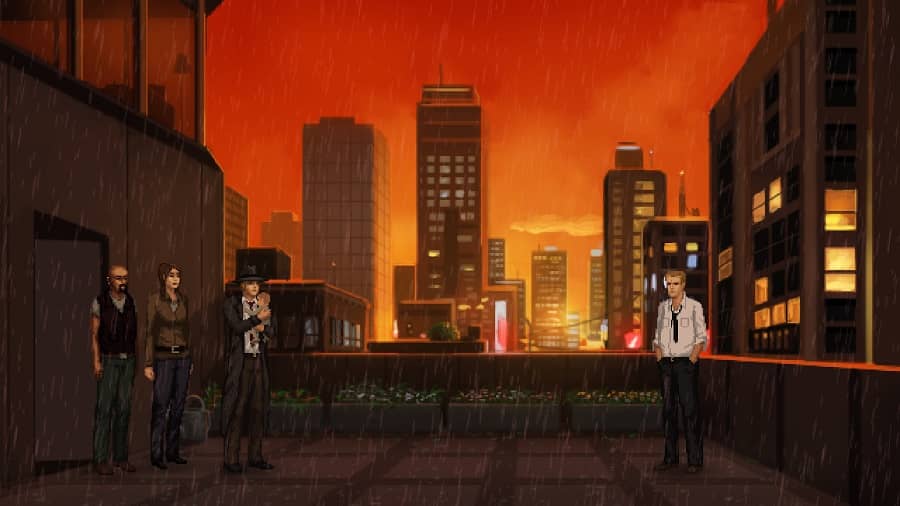 Though the character you create is the one whose dialogue options you will choose throughout the game, you’ll also take control of numerous characters as you progress. Each person has a unique set of skills that will help you along the way. Each character, along with their skills, is well introduced into the narrative so there wasn’t any fumbling “I didn’t know they could do that!” moments.

Point-and-click games are one of my favourite genres, but one of the biggest problems I have with them is the large amount of fumbling around you’re forced to do to find one very small, seemingly insignificant item. I say ‘seemingly insignificant’ because, more often than not, that items turns out to be the one thing you needed to move forward. I never had that problem with Unavowed. Of course I still had those moments of brief pause, until I found what I needed but it never took me nearly as long as it has in other point and clicks.

Unavowed uses mouse prompts to let you know which items you can interact with, reducing the amount of manic clicking you might otherwise have to endure. Less frantic clicking means you’re able to lay back and enjoy the jokes.

And, despite its serious topics of crime and murder, Unavowed is really funny. Some of the best conversation happens just as you’re walking about the area looking for the next thing to do. That’s what point-and-click games are after all, picking up items and talking to people, but Unavowed does a perfect job of balancing the exciting drama of demons, ghosts, and ghouls with the humour and ridiculousness of the situation at hand. 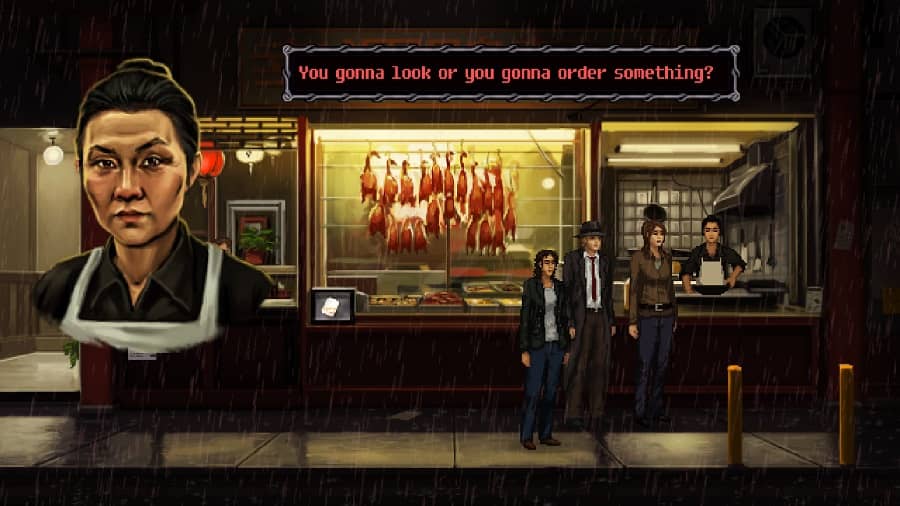 A Work of Art

Unavowed is one of the most beautiful pixel art games I’ve played. The portrayal of New York is colourful, but dark and gloomy in the right places. All of the characters are beautifully drawn as well. When you speak to someone, a portrait of their face will pop up next to their dialogue – a fantastic choice as it allows players a closer look at each character’s expressions. The amount of detail that has gone in to each scene becomes obvious the more you explore and discover in Unavowed’s strange world.

Along with the art design, Unavowed has a fantastic soundtrack (available for purchase separately), amazing voice acting, and very well written dialogue. Despite some rage quitting early on in the game, I didn’t find one thing I didn’t like about Unavowed. The story pulls you in hard and, in just a short time, will have you deeply caring about its characters.

If you’re a fan of the point-and-click genre, Unavowed should definitely be on your radar. At £11/$15,  it is well worth the price – especially considering there’s multiple endings and multiple origin stories to play through. When it all comes together, Unavowed is practically flawless. In fact, no other point-and-click game has blown my socks off quite like this. At least, not since 2014’s Broken Age.

Unavowed is available on PC. 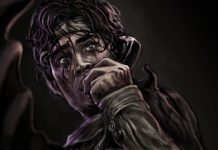