As We Happy Few’s art director Whitney Clayton was keen to point out, the game is not “one long, scripted narrative game.” Having played it, I wish she’d been wrong.

We Happy Few features such a wonderfully wicked concept that it’s no surprise it’s already on the way to becoming a movie. Set in 1960s Britain, the game revolves around a dystopian society whose inhabitants are in a perpetual state of drug-induced euphoria and amnesia. Those who come off the drug, Joy, are labelled “Downers” and are ostracised or even murdered.

It’s easy to draw parallels between We Happy Few’s location of Wellington Wells and other dystopian worlds, but We Happy Few has a character all of its own; it’s glamorous not grim, the city’s glistening streets and rainbow-coloured walkways serving to disguise the rot beneath.

Fortunately, you’re not given the mammoth task of smashing the system as you sneak and bash your way through We Happy Few’s world.

Instead, We Happy Few puts you in the shoes of one of three characters, each with their own distinct motivations. Arthur is desperate to find out what happened to his brother, Sally yearns for a better life, and Ollie is mad as a fish. Arthur’s story is particularly touching (and harrowing), each returning memory bringing with it a new and often chilling revelation. As his tale drew to a close, I wasn’t sure whether to pity or hate him. 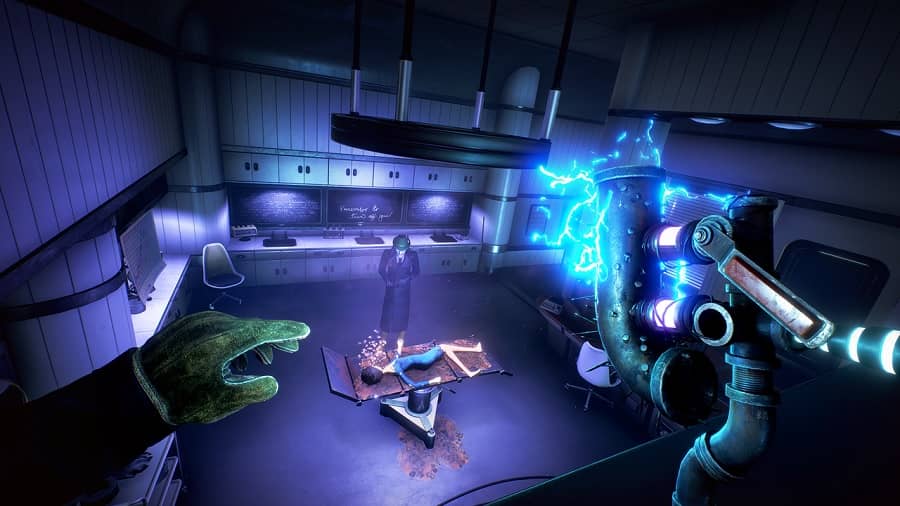 In the end, though, I decided to reserve my boiling hatred for We Happy Few’s open-world levels, a well-deserved target if ever there was one.

We Happy Few shines when you’re making your way through the game’s non-procedurally generated areas. Early on in the game you’re charged with sneaking around a military outpost, which in any other game would entail knocking the guards out. But given that the “outpost” is staffed entirely by pensioners, you’re left with something of an ethical conundrum. True, the game doesn’t actively punish you for bashing an 80-year-old and shoving his body in a bin, but I doubt Help the Aged would approve.

Equally appealing is the manner in which these levels drip-feed you lore. You’ll end up obsessively searching through every desk, hunting for the next unpleasant revelation or heartbreaking letter. Should you be interrupted during the course of your plundering, running is an option as is taking your opponent on face-to-face. Combat is a little clunky so fleeing and hiding in a cupboard was the tactic I typically adopted during my time with the game.

The open world sections are, sadly, a different story. We Happy Few’s main storyline has you engaging in some utterly tedious fetch quests as you wander round the world. At one point you need to get to another district, but it transpires you first have to get your hands on a special letter. Luckily, there’s someone who can help you in this regard, except that she wants an item from a laboratory. So you head over to the laboratory only to be told you need a special permit to get in, which can only be obtained from someone else, who… wait for it… wants to you track someone else down.

It’s every bit as tedious as it sounds, and the game’s optional side-quests are no better. One NPC asked me to deliver a message to his brother’s house, which I did. But when I returned to him, he asked me, as his dying wish, to go back and search for a hidden trunk. If he hadn’t expired there and then I’d have been introducing him to the business end of a Super Sleepy Go Night Night pillow.  Even with the ability to travel between underground hatches, you’re still spending an absurd amount of time wandering back and forth, consulting the map a lot because the main “Welly” districts look near identical, all filled with NPCs who do next to nothing. 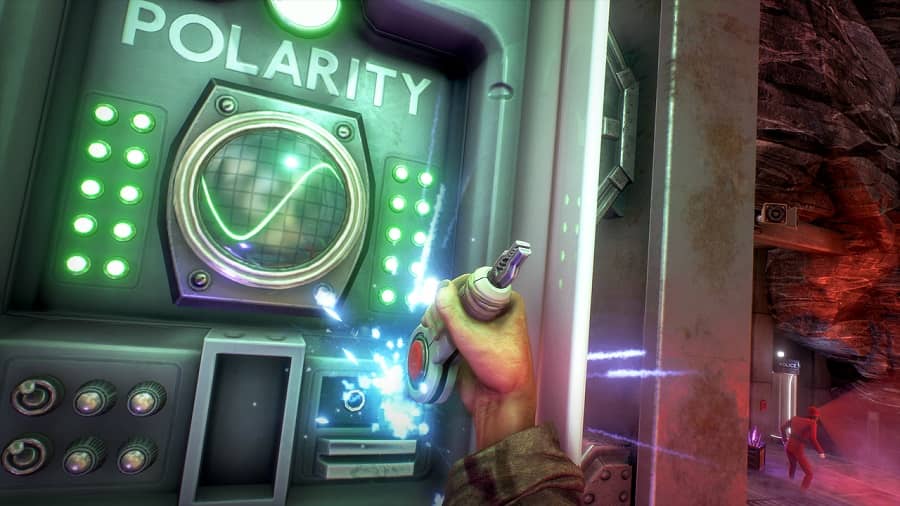 My Kingdom for a bobby pin

Also irritating is the game’s insistence on inflicting the crafting system on you. We Happy Few has improved since Early Access in that you no longer die of thirst or starvation – you merely lose a little stamina – but you still need to hunt for crafting components. I spent an hour traipsing around going through bins to find something I could pick a lock with because there was no alternate route into a quest-essential building (such as opening a window) that didn’t involve unlocking the door. It disturbs the pace of the game and makes for frustratingly dull gameplay, especially when those necessary components can be difficult to find.

A better system, though, is how We Happy Few handles the use or abuse of Joy. It’s an entertaining mechanic; the temptation is just to cram pill after pill into you to avoid detection by “Downer Detectors”, but you quickly learn that overdosing is equally likely to make you stick out like a sore thumb. On higher difficulty levels, NPCs are more likely to finger you as a “Downer” which, again, makes you more tempted to start popping pills. I’d love to have seen some sort of other consequence for Joy abuse, such an alternate ending where you were permanently damaged by Joy.

We Happy Few would have been better served as linear narrative game. Its open world sections and fetch quests don’t completely sink the game, but they’re filler at best. Ultimately, it still manages to entertain, nails its sixties style and tells a compelling story with the odd dash of very British humour. If you’re prepared to stomach the game’s less appetising sections, you’ll still get a little Joy out of We Happy Few.

We Happy Few is available on PC, PS4 and Xbox One. We reviewed the PC version.