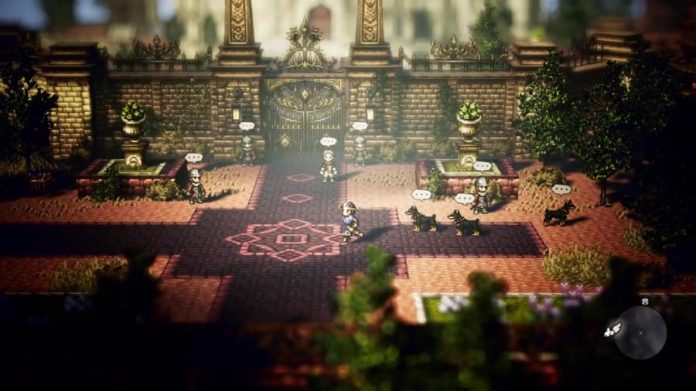 Like pretty much everyone who’s played Octopath Traveler, I was initially besotted with it.

Its retro looks with modern touches; its sumptuous soundtrack; its engaging battle system: there’s a lot to like about the game. I even found the idea of eight characters having their own story quite appealing. It didn’t take long for its charm to wear off on me though.

Starting with Olberic, I took my first steps into Octopath Traveler‘s world. I like smashing enemies in the face with swords, see. I actually liked his introductory story – it reminded me of the RPGs I played in my youth – and upon finishing the first chapter of his story, I set out to explore the world. My plans of picking up one or two characters on the way to continue his story, however, were quickly dashed.

With Olberic at around level 5 after completing the first chapter of his story, I was shocked to see that the second chapter came with a level recommendation in the twenties. At that point then, I decided that I’d make my way around the world and recruit all possible characters, completing all of their first chapters before even thinking about starting anyone’s second. And that’s where the game really started to lose me.

Octopatch Traveler‘s open world really isn’t that much fun to explore. Paths from one location to the next are fairly linear apart from the offshoots that lead to treasure chests. And more often than not, they’re not worth going out of your way to open. Also, random battles. Initially they’re fun, but eventually they wear you down. Especially when they’re so frequent. And to really get my back up, someone decided to make it so that if you use the run button, chances are you’ll be at a disadvantage when entering a fight. 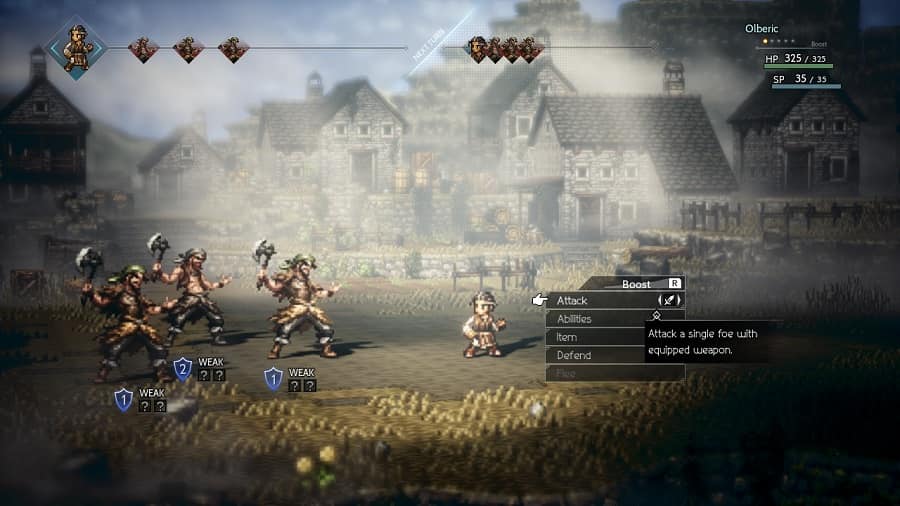 What really started to get me down about Octopath Traveler, however, was the quality of its writing. As I picked up all the remaining characters, completing the first chapter of their stories as I went, I found they greatly varied in quality. The worst? Undoubtedly H’aanit’s, whose old-fashioned text and dialogue did nothing but irrationally anger me. It’s just unnecessary. But the biggest problem? Why these people decide to travel together is tenuous at best.

There’s no real connection between them. No meaningful dialogue. They’re just eight characters with their own motivations setting out into the world with total strangers. And that’s pretty much how it stays. Sure, there’s a bit of ‘Banter’ between them, but they never really gel or bond. There’s no overarching story to tie them together and give their friendship meaning. I thought it wouldn’t bother me when I started the game, but 15-20 hours in, I started to question the point of it all.

Octopath Traveler may be aimed at JRPG fans who fondly remember the original Final Fantasy games before they became 3D epics, but it does so pig-headedly. It forgets that it’s no longer the nineties, and that some elements of old-fashioned game design are no longer fun. It ignores that RPGs generally need a strong story to tie everything together and hold the player’s interest. And for some reason it introduces something that I never remember having to do while playing games like Suikoden: the grind. 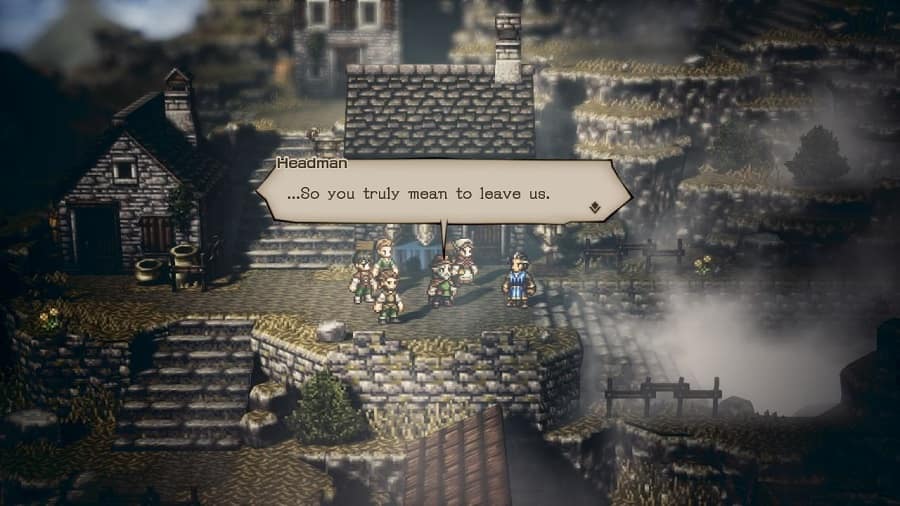 I feel that Octopatch Traveler would have been a much better game if you could have feasibly started with a character and run straight through their story, ignoring the others if you please. I suppose technically you can, but you’d have to grind for hours upon hours, which just isn’t fun. Essentially, the game’s gimmick, its eight protagonists who each have their own path to travel, is its downfall. They’re just not interesting enough in their own right, and with the game forcing you to gather them all together, it detracts from their motivations. In some cases it even goes against their nature.

If you’re having fun with Octopath Traveler, good on you. And I’m not saying you shouldn’t. I’d definitely like to see its combat system beefed up and used in another game. But me? I’m out. With its disjointed stories, dull open world and reliance upon grinding, it’s just not for me.