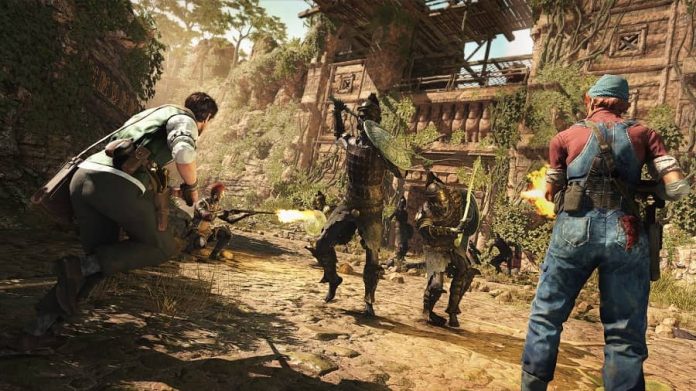 Out now, Rebellion’s Strange Brigade is a cracking co-op adventure.

The truth is though, you don’t need to play it in co-op to have fun. It’s quite serviceable as a single player game too.

While Strange Brigade was made and marketed as a co-op game, we’ve found that it’s almost just as much fun when played on your own. In fact, if you’re after amassing lots of gold, it’s better when played in single player.

Thanks to three difficulty options and enemy scaling, you never really feel any more overwhelmed when playing by yourself than when you’ve got a full team of four. We’d even go so far as to say that Strange Brigade is easier on your own than when played with multiple other players, because often there’s someone who doesn’t pull their weight.

There are other factors that make Strange Brigade more alluring in single player too. You get to open all of the chests that you find for one, allowing you to amass a huge number of runes as well as gold and books. You also don’t have to fight over any health potions that you find – you can use them all!

Anyway, don’t take our word for it. Watch us play through the first level of Strange Brigade single handed. Granted it’s on easy, but as you can see, it’s pretty much a walk in the park. Quite a picturesque one though, we’re sure you’ll agree.