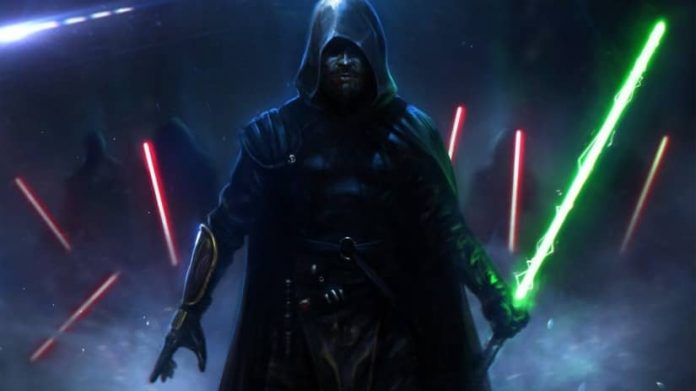 Star Wars games, much like stormtroopers, tend to be hit or miss.

Occasionally they’re set to stun in ways we never imagined. But sometimes, they can be incredibly off target too. EA has a shaky recent track record with Star Wars, but with the development being lead by Respawn Entertainment, hopes are high that the Force will be strong with Jedi: Fallen Order.

1Lightsaber combat has to be fast and fierce

Games like God of War have set a new bar for combat within action games. Jedi: Fallen Order needs to make that feeling of wielding a lightsaber iconic. Every swish should feel powerful and dangerous. The sound needs to be pitch perfect. The slicing needs to be precise.

Jedi: Fallen Order also needs worthwhile enemies to attack with the lightsaber. Too often in Star Wars games the Jedi and Sith are just completely overpowered. Jedi: Fallen Order needs to bring the balance back to the force of the Force, and be able to create combat based around tense encounters.

The lightsaber is one of the most iconic and unique weapons around. If Jedi: Fallen Order can capture its power then it’ll almost certainly be a great game.

‘Order 66’ impacted Jedi all over the galaxy, and that should be portrayed within Jedi: Fallen Order. It needs to move away from the smaller level areas that Force Unleashed included and create a fully immersive environment to explore.

Exploring should also utilise the unique skills that the Force provides. Wall-climbing and free-running have become pretty much the norm now in adventure games, and Jedi: Fallen Order should build on this. The player should be able to witness the beauty of planets such as Coruscant and Alderaan (worth checking out while it’s still there…).

Hopefully Jedi: Fallen Order allows for planet to planet traverse too. It would be hugely disappointing to see it just set in one location. With so many iconic planets and areas in the Star Wars galaxy, EA really should build on this.

3Cameos from the canon

There are some brilliant stories based around the time before A New Hope, but there’s also a lot of questions too. With EA having the ability to make Star Wars Battlefront 2 canon, hopefully Disney will allow them to do the same with Jedi: Fallen Order.

Charles Soule’s brilliant Darth Vader comic series follows the Sith Lord’s first steps after Revenge of the Sith and tells a brutal story. Vader and his team of Inquisitorius hunt down all surviving Jedi after the purge. This story perfectly relates to what we know about Jedi: Fallen Order, so hopefully Darth Vader will make an appearance.

Jedi: Fallen Order could also tell an untold story from Rogue One. It could show an interaction between some of the characters from Rogue One and how the protagonist’s influence led to their success. There’s also little known about Yoda, Obi-Wan or Ahsoka during this time. Maybe Jedi: Fallen Order could shed some light on the these major characters?

4Choices based on the Light or Dark side

The protagonist for Jedi: Fallen Order will not be a Jedi Master. They’re a Padawan without a mentor, which could lead to moral dilemmas. Recent Star Wars stories such as The Last Jedi and Rebels show how difficult it can be to stay in the Light. Without his master, Ezra strays into the Dark side occasionally.

Hopefully this will be similar for the young Padawan in Jedi: Fallen Order. The Jedi Council is no more; there is little that represents the Light side anymore. This should tempt the protagonist, and the player should be given the ability to make these choices and shape the character.

The decisions must have consequences. Whether it’s choosing between advice from two mentors, or choosing how to deal with an enemy, the actions have to come back into the story. The player should be able to shape the protagonist’s morals within Jedi: Fallen Order, and have the ability to choose between the Light and Dark side.

Star Wars is a simple story of good versus evil that is built on with great characters. With this arguably being the golden era for stories in video games, Jedi: Fallen Order needs to follow suit.

The protagonist isn’t going to be a pure Jedi who won’t do any wrong. They’ve got no mentor in a world where they’re outlawed, and they’re all alone. They need to be presented in a gruff and real manner. If Jedi: Fallen Order is going to be as “dark” as EA described then a lot of the Jedi teachings will have to be forgotten, or unlearned, with the protagonist.

There should also be an array of memorable characters. Whether they’re other young Padawans or underground criminals, Star Wars offers the possibility for a creative and unique supporting cast.

6Dynamic worlds that react to how you play

The world around the player should feel alive. ‘Order 66’ may have destroyed the Jedi Order, but life still went on. The prequels do a brilliant job of making the cities look full of life, and Jedi: Fallen Order needs to accomplish that too.

It would also be incredible to see the early days of the Empire in Jedi: Fallen Order. We know that liberty died with “thunderous applause”, but did that applause remain in the opening weeks of the Emperor’s regime? This would be a fantastic way to portray how the masses took to the Empire.

Much like how NPCs reacted to the protagonists in Fable based on their actions and decisions, hopefully Jedi: Fallen Order follows this example. If the protagonist reveals they’re a Jedi, the NPCs around them need to react in an appropriate manner. If the protagonist is turning towards the Dark side, then the world around should react to this.

Who hasn’t dreamt of building their own lightsaber? Jedi: Fallen Order should allow for the lightsaber to be fully customised: colour; size and curve. There should even be a way to wield two at the same time. It’s such an iconic weapon, and the player should be able to make it their own.

The protagonist also needs to be upgradable. It fits in to the story of them being a Padawan and still learning. It also allows the player to choose how they want to play, and build character attributes around this. In the open world of Jedi: Fallen Order we can certainly expect a black market for goods too.

8Duels with other Force-sensitive characters

Almost every single Star Wars movie peaks with a lightsaber duel. Imagine fighting off the Inquisitorius or Vader in Jedi: Fallen Order. That would be spectacular. It would be an awesome way to show off the skills learned in the game.

Of course, it’s not clear whether the Inquisitorius or Vader will actually play a part in Jedi: Fallen Order. But there should be boss fights in the game that challenge the player and their skill. The lightsaber is an incredible weapon, and it’s best shown off when duelling against another owner of a lightsaber.