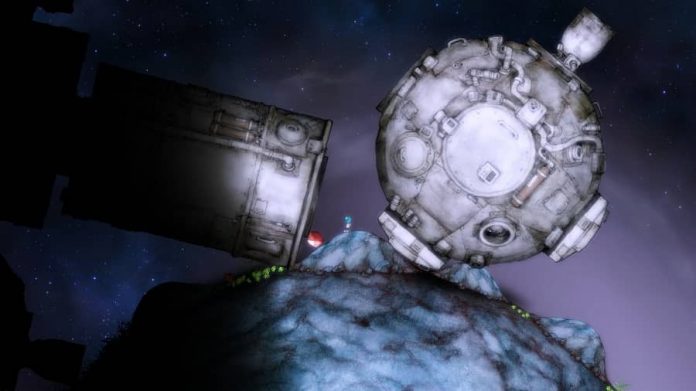 ADIOS Amigos, developed by Cosmic Picnic, is a space-based planetary adventure game where the object is to guide your spaceship home.

On the surface it looks like a simple 2D platformer, but it’s so much more than that. ADIOS Amigos boasts a fantastic physics based engine, and a galaxy that is always in motion. Planets orbit and night turns to day, meaning that each step may not be just “one small step for man.”

The main gameplay in ADIOS Amigos revolves around the player’s odyssey back to their home planet. However, this planet is 10 galaxies away and requires a Z Jump to the next system. A ‘Z Jump’ is basically the equivalent of Han Solo jumping to lightspeed. But preparing for a Z Jump requires some adventuring and exploration first: it ain’t like dusting crops, farm boy.

A touch of Super Mario Galaxy

For reasons that aren’t fully explained in ADIOS Amigos, the ship’s navigational computer also likes to discover new items on each planet, and each new item builds the potential for a Z Jump. But forget the reasoning! It’s a chance to explore new planets, and that’s reason enough. Exploration is kind of similar to a 2D Super Mario Galaxy, where the planet’s surface can be fully explored, with the camera following the character so that it’s never upside down. Each planet is unique and some even include monsters to avoid.

Despite its appearance though, ADIOS Amigos isn’t really a platformer. Exploration on the planet’s surface isn’t too challenging, and a simple leap is usually enough to make longer jumps – plus there’s a jetpack if needed. The real challenge of ADIOS Amigos comes when you’ve discovered everything you can on the planet and you need to fly to another to build up the Z Jump power gauge further. 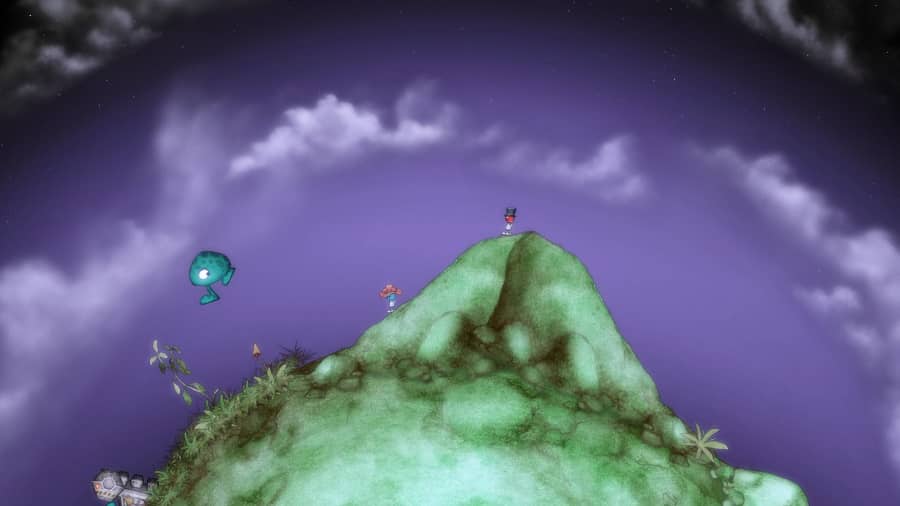 The ship’s fuel can run out quickly, and depletes each time it accelerates. This can make flying from one planet to another tough. You really have to time your take off well. Luckily, the planets orbit a giant star and will eventually move closer to you, providing the ship is stationary. You can even fast forward through time to speed up this process – but be careful doing this; there’s no rewind button should you go too far.

The earlier levels in ADIOS Amigos don’t require you to fly to another planet, as typically there are enough new items to build up the Z Jump power on one planet. Planet travelling comes into play around level four (out of 10) and requires you to land on new planets, which, through experience, I can admit is very tough. Your ship will take damage too, so watch out for asteroids and crash landings.

Some tricky levels don’t even have planets in the system. This forces the player to find satellites and space stations to discover. With the ability to hop out of the ship in ADIOS Amigos, the space stations are fully explorable and hide a lot of new items to find them.

The game builds on a simple premise and adds lots of challenges in each level design. Getting further into each system is a really engaging experience and one that is so addictive. It’s an arcade style game where you’ll always want to beat your current high score. 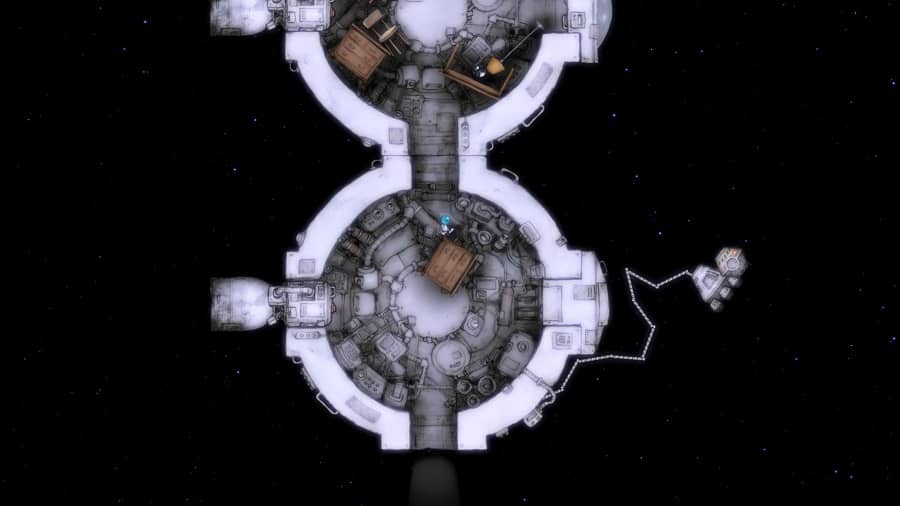 Add players and explore with up to four

ADIOS Amigos can be played in single-player, but is best enjoyed with a friend or three. Up to four players can cram into the tiny spaceship that must be like the TARDIS on the inside. Exploring as a group allows each planet to be searched more quickly and efficiently, and it’s also a lot more fun.

Helpfully, the game includes rookie modes for new players too, so anyone can play regardless of their skill level. I played quite a few hours with my wife as player two, and despite her lack of ability with games (hopefully she won’t read this) she really enjoyed ADIOS Amigos. Its cartoon style graphics and awesome music certainly help in making it highly appealing to all.

Playing with more than one player also allows the physics engine within ADIOS Amigos to shine. Gravity will change on each planet, and that will impact how far each player can jump. The items on the surface will move depending on how you jump on them or grab them. Some items are even blocked by bigger blocks and can only be removed by using the ship or working as a team.

Sadly though, for a game that does boast such an awesome multiplayer experience, it can be quite inaccessible at first. ADIOS Amigos will throw you right into the deep end of space, with no explanation, when playing with two or more players. It was only when I switched to single player mode for the first time that the tutorial actually began. I could see that being an issue for new gamers, which is a real shame, as ADIOS Amigos has so much to offer with its local multiplayer.

After many hours of playing ADIOS Amigos, I’m still completely hooked. on trying to beat my high scores. Everything from the graphics, to the setting, and the music is just so inviting. Discovering new planets will just never get old in ADIOS Amigos and there’s always a sense of challenge with the fuel being used up.

ADIOS Amigos is available on PC and Xbox One, and is coming to PS4 soon. We reviewed the Xbox One version.