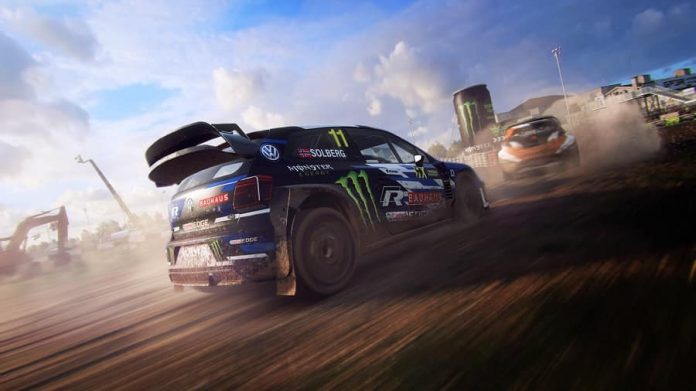 After recently dropping some hints on Twitter, Codemasters has announced a sequel to its excellent DiRT Rally.

DiRT Rally 2.0 will launch on PS4, Xbox One and PC on 26th February 2019 worldwide. It aims to provide the most authentic rally and rallycross experience available, and after the original DiRT Rally, we’re confident that it will.

Being the official game of the FIA World Rallycross Championship means that DiRT Rally 2.0 will feature cars from the 2018 season, as well as eight of the official WorldRX circuits when it launches. Don’t worry though rally fans, it’ll also let you visit six rally locations around the world, and there’ll be plenty of cars for you to conquer them with.

As usual, there’s a bonus available for pre-ordering the game. The pre-order edition of DiRT Rally 2.0 will include the Porsche 911 RGT Rally Spec. Also, there’s going to be a deluxe edition for those who want to get the most out of the game. It’ll include the first two seasons of post-launch content, each offering three new locations and five early vehicle unlocks, and will allow you to play the game four days early. DiRT Rally 2.0 Deluxe Edition buyers will also begin their journey with upgraded starter cars, in-game bonuses and high reward events. Phew!

Check out the announcement trailer for DiRT Rally 2.0 below.