Donut County, a game developed by Ben Esposito, has filled a hole in my game library. No pun intended.

A quirky title that’s basically about making holes that grow bigger as more things fall into them, Donut County has an unmistakable Katamari vibe to it. But instead of rolling random items up into an ever-growing ball, you’re making them fall into an ever-growing hole. Incredibly simple in its premise, it’s ridiculously fun to play.

There’s a cute narrative to draw the story forward, and presented with gorgeous cartoon-style animation, the whole package is a delight. You see, Donut County’s donut shop has been taken over by pesky raccoons. Now, whenever a resident orders a donut, they don’t get a doughy, sugary delight, oh no. Instead, they get a hole in the ground. And with the player in control of the hole, the goal is to get everything on screen to fall into it. That means everything from plant pots to pet dogs, all the way up to buildings and vehicles. Each time an item falls into the hole, it gets slightly bigger, allowing for larger items to fall in.

Between each section of gameplay, you’ll be shown a cutscene, showing the residents of Donut County huddled around a campfire deep underground. Each resident takes it in turns to tell their story, each time putting you back in control of the unruly hole. The cutscenes are genuinely funny, with well-written, witty dialogue. They’re enjoyable – but not as enjoyable as taking control of the hole is.

If Donut County sounds absolutely ludicrous, that’s because it is. And it’s all the better for it. It’s unabashedly cute and ridiculously simple – yet somehow deceptively complex. Above anything, Donut County is a game about physics. The way each item interacts with the hole varies from one to the next, and it’s very clever. Watching a rock teeter on the edge of the ground, not quite the right size to fit through the hole, is entertaining. So too is strategically selecting the order of items to devour to allow you to grow big enough to get the biggest items. 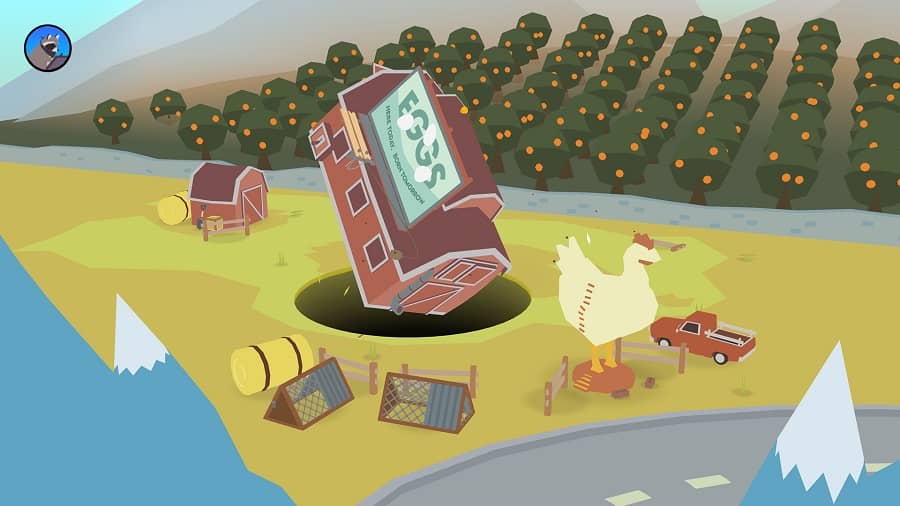 There are some puzzle-solving elements involved, too. In some levels, your hole may fill up with water, which stops any items from falling into it. But you may need to use that water for something before getting rid of it. In other levels, you’ll come across snakes, and should too many of them fall into your hole, you’ll end up with a giant snake tail sticking out. It can come in handy for interacting with certain objects, though. None of the puzzles are too taxing, and the trial and error of figuring out the correct chain of events is a lot of fun.

The downside to Donut County is the fact that it’s very short. I completed the game in one sitting, taking just under two hours. Once each short level has been completed, that’s it. I expected at least a final, more open level, allowing me to grow a hole large enough to devour most of the world, Katamari style. Alas, each level is confined to a small area. You’ll get to devour small houses and trees, but forget about entire cities and islands. 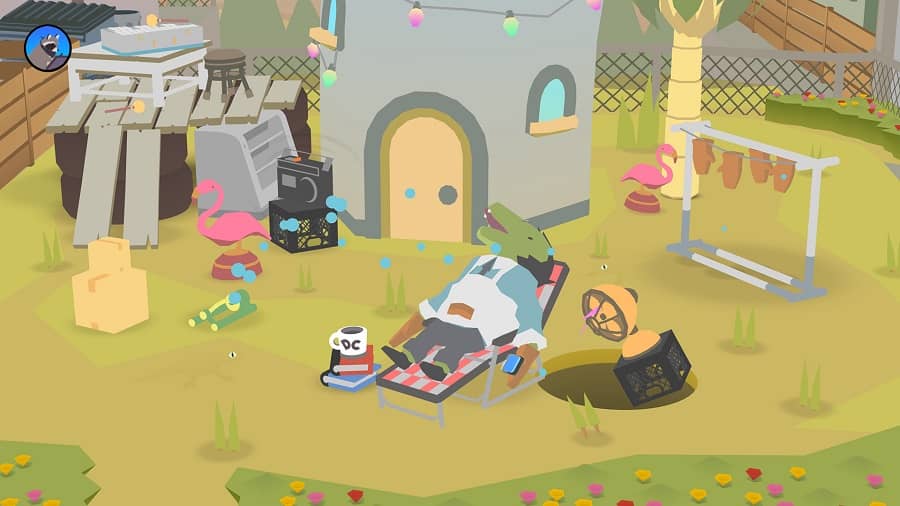 It’s something of a dilemma to be left disappointed by a game where your only complaint is that it left you wanting more. But that’s how I feel about Donut County. What it does, it does very well. But there just isn’t enough of it. The fantastic art style and wonderfully unique and silly gameplay is captivating in a way that only truly special games are. But it’s all over far too fast, ultimately leaving players feeling rather underwhelmed. Still, enter Donut County expecting a very short experience, and you’ll enjoy every minute. Just prepare to want more of its sugar-coated goodness when you’ve finished.

Donut County is available on PC and PS4. We reviewed the PS4 version.