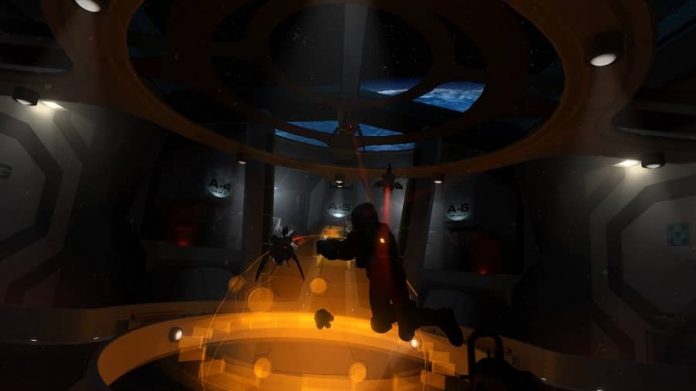 Downward Spiral: Horus Station, a first-person action sci-fi game from 3rd Eye Studios, is pretty functional, but there’s a lot that could have been better.

Downward Spiral: Horus Station suffers from two major problems. First, floating around in zero gravity from door to door gets incredibly dull; and second, the combat is poor and not particularly fun. And sadly, those are basically the two halves of the game. With more visual proficiency, an unsettling atmosphere, and tighter combat, then Downward Spiral could have been something special. As it is, it shows some promise, but playing in non-VR, it’s a fairly mediocre experience.

The game puts the player in the titular Horus Station, a lost and abandoned space station. Its narrative isn’t hand-fed to you, and you must take in the environmental storytelling of Downward Spiral to properly understand what’s happening. Well, providing you can stay still long enough to actually read anything, that is. I found it quite amusing to float towards something to read, and proceed to slowly float away… “I’ll be back with you in a minute!”.

Reading the small pieces of information dotted around Horus Station help fill the voids of floating around. Be ready for a lot of zero gravity travelling in Downward Spiral. There are only a few instances where floating around has more impact than being a simple mechanic to get from A to B. Two of those occurrences are when you’re no longer inside Horus Station and are floating around in open space. Here, there’s an absence of all sound, except the vibrations of you space suit. These sequences would have been more impactful if the quietness of open space had followed tense, action-packed moments. Unfortunately, that wasn’t the case, and without any meaningful juxtaposition, these moments had no real effect. 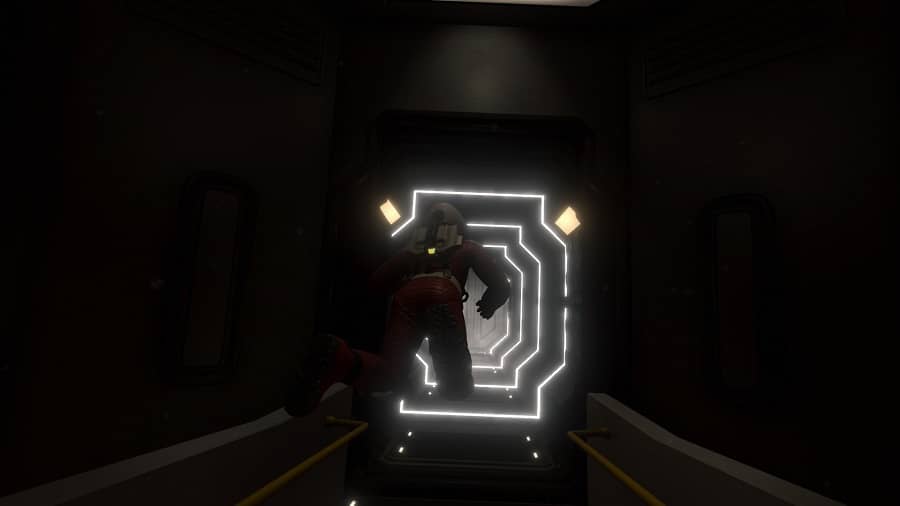 When in combat, Downward Spiral: Horus Station turns into a first-person shooter – killer robots are after you, and need taking down. Throughout the game, you’ll get more guns to try and keep things interesting. Unfortunately, it’s hard to switch between them mid-combat, especially as you need to do so quickly before enemies get too close to you. Overall, the combat feels a bit weightless; there’s barely any feeling of impact. Everything feels a little finicky, and even when you do succeed, there’s not much satisfaction to be had.

You can, however, negate this all together; the game features an ‘explorer mode’ which allows you to experience Downward Spiral: Horus Station’s story with all combat removed. The downside to this, though, is it accentuates the dullness of floating around the game’s environments. 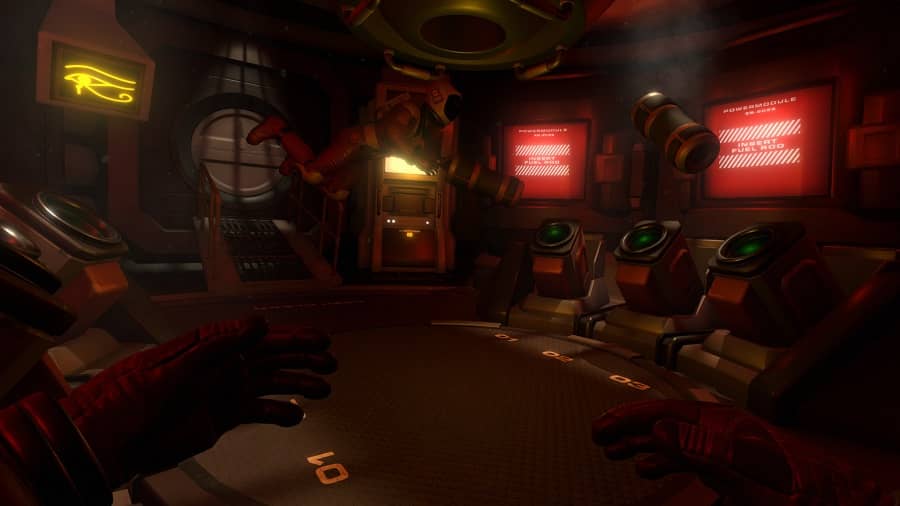 Technically, Downward Spiral leaves a lot to be desired, too. Playing on a standard PS4, I experienced a fair few issues with loading and performance. Opening a door tends to load the next area, and often the room appears with either no lighting, or unfinished textures before loading in fully. Even some of the fully loaded textures look a little rough; 3rd Eye Studios’ efforts are admirable, but I can’t help but feel it has tried to reach a little too high. The game’s overall lack of atmosphere (pardon the pun) is also something of an issue. Set in an abandoned space station, I’d expect plenty of tension and unease as I move around – I wouldn’t expect quite the horror of Alien Isolation, but some kind of tension wouldn’t go amiss. The vastness of space is a scary place; I should be scared or constantly on the edge of my seat, but the atmosphere the game created was too flat for that.

Despite Downward Spiral: Horus Station’s faults, there’s enough here to show promise in 3rd Eye Studios. With a game or two more under its belt, the team could definitely deliver something great. Downward Spiral’s environmental storytelling works if you’re willing to look for it, but if you miss too much information, it’ll be hard to work out what you’re doing – or even why you’re doing it. Perhaps in VR, wandering around in zero gravity will be a little more fun, but the combat will probably still disappoint.

Downward Spiral: Horus Station is available on PC and PS4, in VR and non-VR. We played the non-VR version of the game on PS4.