Final Fantasy XV is perhaps the most divisive entry in the long running series.

It’s not hard to see why: from its combat system to its open world, it’s quite a departure from other mainline entries in the franchise. Add on the fact that at launch its story felt like huge chunks had been ripped out of it, and you have a game that many feel is the worst Final Fantasy game yet. Despite its issues, however, it has been a critical and commercial success, and has been improved considerably since launch.

Truly a Final Fantasy for all

What if, though, you want to experience the story of Final Fantasy XV but don’t have a PS4, Xbox One or PC to play it? It’s a game at the cutting edge of technology; how can you bring an experience that remains faithful to the original to formats such as mobile and the Nintendo Switch? The answer is: Final Fantasy XV Pocket Edition.

Final Fantasy XV Pocket Edition was originally released on Android and iOS in February this year, and was followed by a Windows release four months later. Now, however, it’s also available on PS4, Xbox One and Nintendo Switch as Final Fantasy XV Pocket Edition HD. With the HD moniker you’ve probably already guessed that it has been optimised for those formats to make the most of their capabilities; well, as much as a mobile game can do, anyway. You’ll also find that it’s no longer episodic: you either buy the whole game or nothing at all.

Chibi, or not chibi?

When discussing Final Fantasy XV Pocket Edition HD, I guess the first thing to do is address the elephant in the room: its visual style. Many will quite possibly find its chibi-like characters abhorrent, but I grew to like them. Their eyes are a bit strange, sure, but they give the game a more playful and cute appearance. In any case, Final Fantasy XV Pocket Edition HD isn’t a game you’re going to be playing for its graphics: it’s not a looker. Playing in handheld mode on the Nintendo Switch you might come across the odd scene that impresses, but when played on a TV screen, the game’s mobile roots are plain to see. 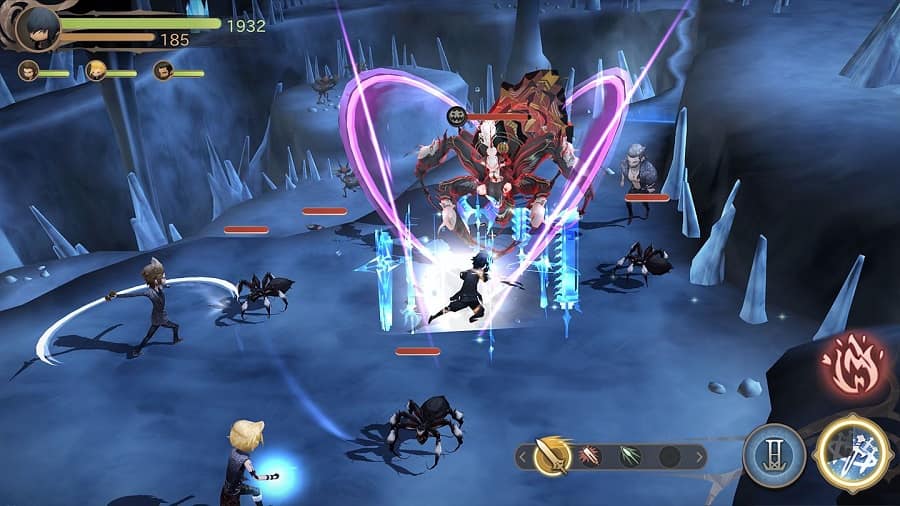 The real reason to pick up Final Fantasy XV Pocket Edition HD is to enjoy a more easy-going adventure than the full game offers. There’s no open world for you to get lost in, no seemingly endless amount of hunting quests. Combat is simplified, and you don’t have to worry about moving the camera. Final Fantasy XV Pocket Edition HD is basically Final Fantasy XV for Dummies, and sometimes I like to be a dummy. You still get the chance to explore at times, and the combat is still involving, but it’s much more of a relaxed experience. And it loves to push you forward.

You’ll never find yourself at a loss for what to do next as an arrow at your character’s feet always points the way. Things like cooking food to receive their benefits is done automatically, and upgrading your characters with AP is simplified. For Final Fantasy XV Pocket Edition HD, Square Enix has taken apart Final Fantasy XV, thrown anything that’s superfluous to the experience in the bin, and then reformed it into something smaller; something that doesn’t have any fat.

Surprisingly, Final Fantasy XV Pocket Edition HD does have some new content too, though it’s nothing to get too excited about. At certain points in the game you’ll discover treasure maps, and you’ll need to follow a sequence of clues to claim their rewards. I found them strangely enjoyable, and they added some much-needed variety to the gameplay. You’ll also come across your fair share of quests asking you to hunt down ingredients for Ignis. He really does love cooking. 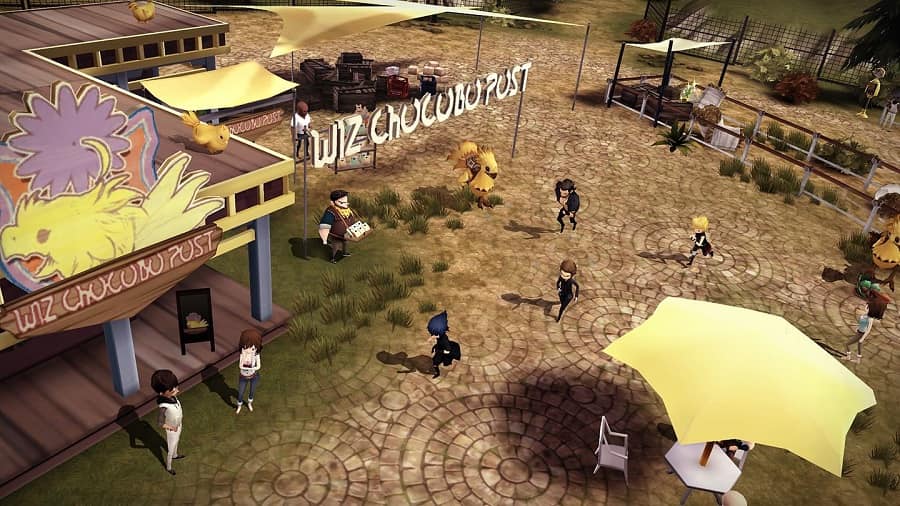 Handheld is the way to go

On Switch, the only things that mired my time spent with Final Fantasy XV Pocket Edition HD were technical issues. In handheld mode I rarely noticed any problems with the game’s framerate, but in docked mode I experienced frequents bouts of slowdown, especially during combat. I also encountered some bugs too; the worst of which forced me to reboot the game or simply stand on the spot forever. The issues didn’t put me off playing the game, but they are unfortunate.

Personally, I’m delighted that Final Fantasy XV Pocket Edition has made its way to consoles. It may not have the cutting-edge visuals of its full-fledged source material, or its open world, but it certainly has its soul. It distils the important bits of Final Fantasy XV into a more concise package that’s easier to pick up and play. So, whether you make it the only way you experience Final Fantasy XV‘s story or a companion piece to the main event, it’s worth doing.

Final Fantasy XV: Pocket Edition HD is available on PS4, Xbox One and Switch. We reviewed the Switch version.