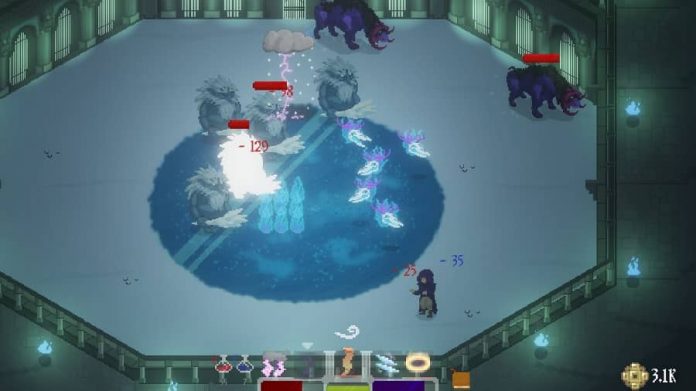 Gift of Parthax has a simple yet great premise.

Step into the shoes of outlaw Arif, a mage who has willingly entered the gladiatorial arena in order to save his best friend Veleus. In order to do this, he must win his freedom by battling his way all the way to the top of the arena ladder, finally taking on Parthax himself and claiming his ‘Gift’, the one thing that can stymie Veleus’ mortal wounds. So, we the player must struggle through arena battle after arena battle, acquiring knowledge and gold in order to increase our arsenal of magic.

This spell system is at the heart of Gift of Parthax, its unique selling point, and the mainstay of the game-play. Outside of the arena, you can trawl through your spellbook, tweaking four spell slots for optimal advantage. There’s an echo of The Binding of Isaac here in that as well as there being many spells available, there are also runes which alter the properties of those spells. For example, there are runes which add damage over time, or cause damaged enemies to become ‘contagious’ and therefore spread the love to other enemies within range. In this way, basic fireball spells (which in other games would be simply useless later in the game) can suddenly become lethal – and mana-cheap – ways of laying low mobs of enemies. In addition, though rune customisation is limited by type (you can’t put a water rune on a fire spell, for example), they can be used as many times as you like. That means you can freely buff most of your spells without having to worry about finite resources.

While this was certainly the most fun part of the game for me, unfortunately, there is a snag. The Binding of Isaac’s items system worked so well because there were just so many combinations. Having poured hundreds of hours into that game, I am still dumbfounded by the number of items the developers bothered to create. In addition, the changes these items engendered were drastic and altered the way you played – except where they were deliberately subtle or mysterious. They could change the nature of your projectile tears so that they circled you, for example, making you into a living cyclone. Or make those projectiles explode. Or give you the ability to fly. Literally game-changing stuff. When these superpowers were combined, they became even more exciting (circling projectiles that explode? Yes please). 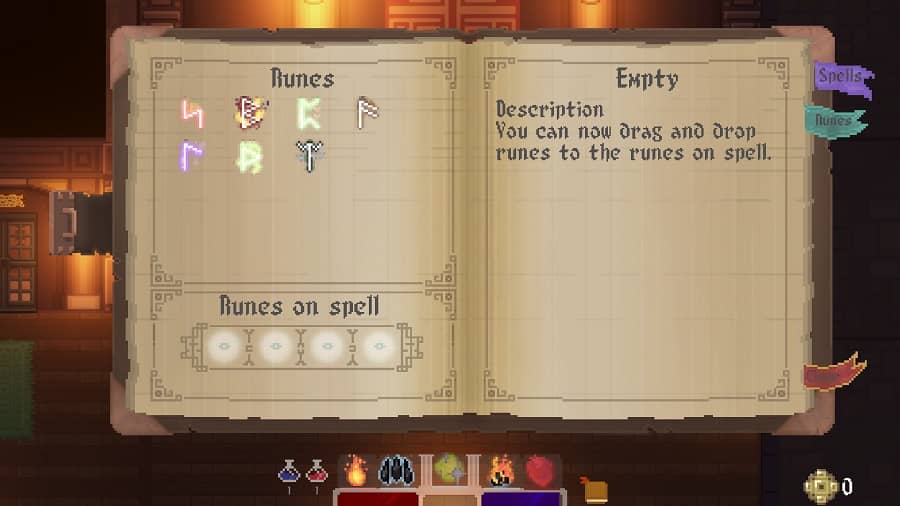 In Gift of Parthax, however, many of the rune alterations have such a low activation chance you hardly notice even when they do go off. In addition, there are simply not nearly enough combinations, especially early in the game. By the time I had ploughed through the first two bosses, I still had a myriad of unused rune slots, and I had been buying them at a steady pace. The merchants don’t allow you to access all of the rune choices right away, so I found myself severely limited as to what I could do. This shifts the game from what I feel was its intended nature, becoming not so much about tactically choosing which runes best suit your play-style or build, but simply adding any that you purchase or find to your arsenal regardless of utility (because any utility is better than none, right?). It’s a shame, because I really feel that with one or two small tweaks, and a little more choice early in the game, Gift of Parthax’s spell system would be a wholly unique and exciting mechanic. As it stands, it doesn’t quite hit the mark.

Aside from the customisation of spells, the combat itself is a mixed bag. There are some fun encounters and interesting creatures to be found in the arena, though most of them ultimately boil down to the same thing: moving projectile lobbers. You simply have to move faster and lob more projectiles than them. To do this, you have a dash button, which allows you to evade enemy attacks, but it is hugely unpredictable, shooting you off in precisely the opposite direction to the one you have been furiously pressing. When you are surrounded by hordes of enemies, a split moment’s error can cost you your life, easily. The spells in this game also have casting times, which vary depending on the power of the spell. But the arena is so small, and the enemy projectiles so fast, that it rarely pays dividends to use these spells until the end of the match when you can keep tabs on the fewer enemies. You have healing potions, which you are encouraged to spam to make it through each round – a little reminiscent of the original Baldur’s Gate titles that had a designated ‘chug health potion’ button. 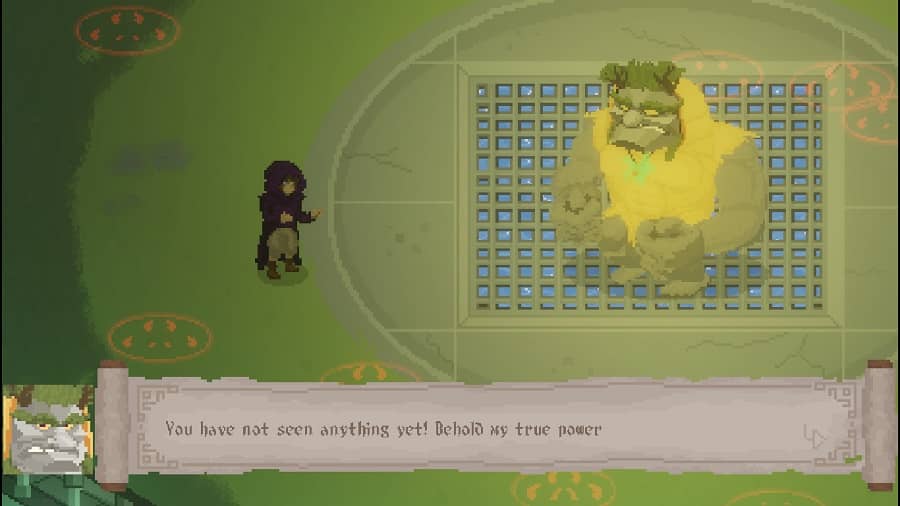 Despite my criticisms, there is an undeniable charm to Gift of Parthax. I like the retro art style. Each creature, location and character in the game looks like it has been lovingly hand-drawn, and it probably has. The lighting is excellent, and some of the spell animations are quite eye-popping. The soundtrack is also a touch of genius, conjuring an Elder Scrolls-esque atmosphere. I had memories of battling in Cyrodiil’s Imperial City arena the first time I stepped into Parthax’s coliseum, which is in no way a bad evocation. In a way, this whole game feels like a nod to Oblivion (which allowed you to create and customise weapons and spells extensively) and its arena fights, though this time round you are allowed to use the magic that was forbidden in the Imperial City.

Ultimately, Gift of Parthax is an enjoyable title, just not a spellbinding one. I found myself quite happily battling through fight after fight and rearranging my spelltome. However, once I had put it down, I didn’t feel a strong draw to pick it up again as I do with other titles. In some ways, it’s not entirely fair of me to make this criticism. In another era, Gift of Parthax might have been a nail-biting spin on arena combat, with distinctive characteristics setting it apart. In the here and now, however, when the competition is so stiff even among other independent games, we only seem to have time for the most magical of them all. And Gift of Parthax isn’t quite that.

Gift of Parthax is available on PC.

Jackbox Party Pack 7 is Coming to Brighten Our Lives Next...