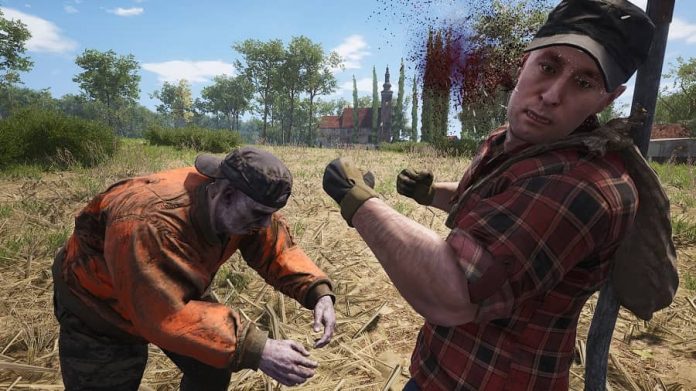 Zombies and prisoners don’t mix. That should be evident to anyone who’s seen the 2001 Lou Diamond Phillips movie Route 666.

But developers Gamepires and Croteam and publisher Devolver Digital are hoping that that SCUM, unlike Route 666, will ultimately offer enough entertainment value to hook a respectable chunk of the burgeoning online survival market. This multiplayer survival game pits various death row prisoners both against each other and the living dead, for the amusement of the viewing public.

And so, delving into the game’s Early Access version, I decided to test my survival skills, armed only with a plastic spoon and a VHS copy of The Shawshank Redemption. What could possibly go right? I decided to find out.

Day 1: In order to prepare myself to battle my fellow bloodthirsty prisoners, I decided to tackle the game’s offline mode first, just to ease myself into the murder. I had the option to tweak my prisoner to my heart’s content (an inoperable gender slider suggesting the full version will feature women prisoners) but I opted to choose a random character and leap straight in.

Moments later, I was standing on a massive island, which serves as SCUM‘s battleground. Having absolutely nothing to my name and no clue as to where to go, the map showing only vaguest of details, I chose a direction and started walking. I was feeling confident, right until the moment I was assaulted by a zombie.

While SCUM‘s crafting system shows some of the weapons you can wield, including firearms, I had to repeatedly punch my undead attacker in the face. Which is easier said than done since SCUM‘s melee system is unwieldy at best, as if you’re trying to slap your opponent with a sackful of jelly. 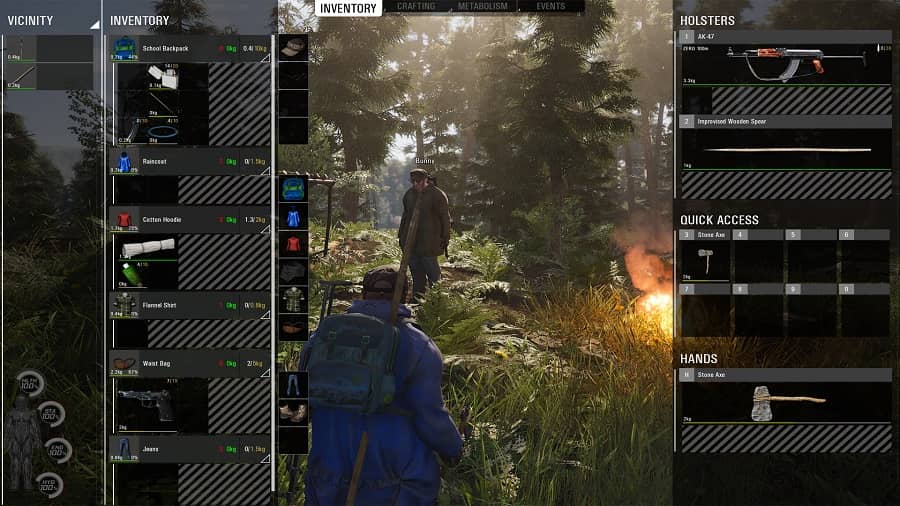 Nevertheless I succeeded, losing only 70% of my health and stripping my attacker of his stinky, blood-encrusted clothes. No longer clad in prison regulation orange, I picked up speed and, striding through the trees, stumbled across a small cabin. Two minutes later, I’d been murdered by a watermelon.

SCUM requires you to both eat and drink in order to maintain your energy though, going by my experience, I wouldn’t be surprised if this system gets toned down before the game’s final release. It therefore made complete, logical sense to try and eat a whole watermelon in one sitting, right up until the point when my prisoner vomited melon-juice and crumpled to the floor, expiring in a puddle of green sick.

Day 2: So, I’d learned two lessons. One, not to tangle with zombies until I had a weapon and, two, not to eat a watermelon. The game happily respawned me, minus my stylish duds, but I decided to take this opportunity to join a multiplayer game and, discovering a lobby with ten people, leapt in.

Five minutes later, and with not a soul in sight, I was doing very much the same, only avoiding any green fruits this time. SCUM’s gameworld appears to be modelled after a chunk of Eastern European countryside so there’s a lot of walking involved; even with the map, I had to walk for a good ten minutes before I finally found a location to explore. I’d hit the motherlode. 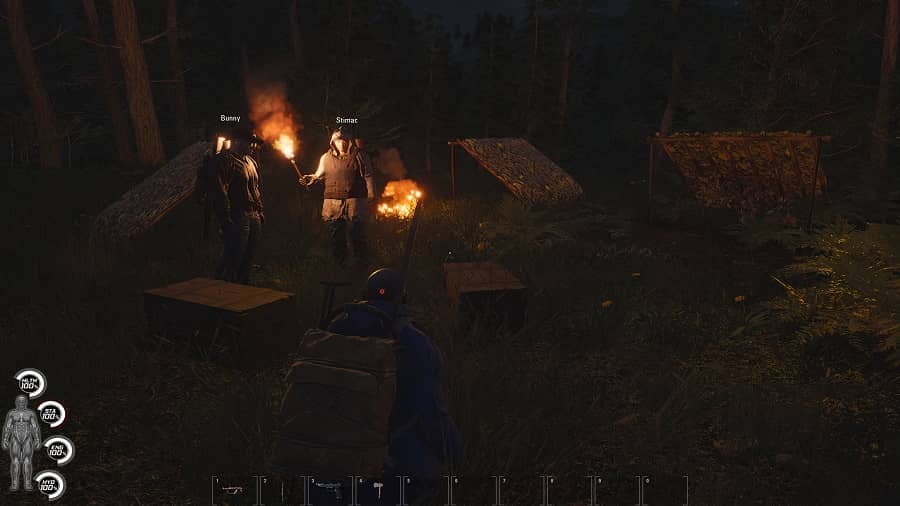 Day 3: And by ‘motherlode’, I mean I found a frying pan and a fishing pan and fisherman’s hat after spending a further five minutes searching through some cupboards. At least I’d have the opportunity to test it out against the zombie milling about outside the house. Zombies don’t seem to crop up inside buildings, nor do they open doors which is something of a relief.

Combat was as clunky as ever but with my frying pan in hand, the zombie crumpled to the ground after only a few hits. Searching other local buildings revealed some genuinely useful and non-fishing-hat based items, both food and otherwise. I uncovered a backpack, which I stuffed with bullets, despite having no gun to speak of.

Dairy of the Dead

It was about this time that I noticed my character’s chest was glowing. Rather than having acquired one of the Infinity Gems, it turned out he’d been grievously wounded. What I needed was some sort of health pack or bandage, or even rags, none of which could be discovered in the small village I’d wandered into. Finally, trusting in the power of nature’s bounty, I did the only thing I could I could think of; I crammed a whole slab of lukewarm butter into my character’s mouth, hoping that its dairy goodness would do the trick.

It didn’t help and, moments later, my Lurpak-smeared face hit the ground. 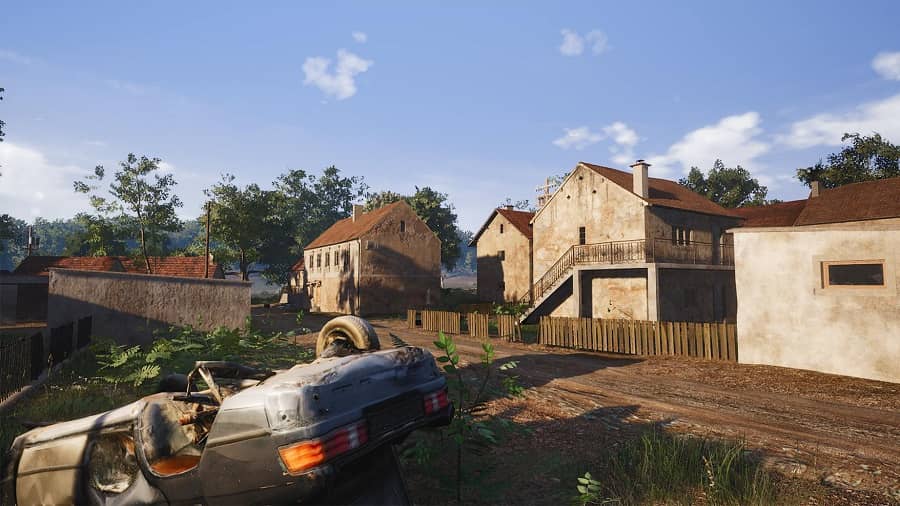 Day 4: The next day unfolded in much the same way. This time I acquired a pickaxe and, boiling with rage over my buttery defeat, I flailed away at a nearby ghoul. He crumpled to the ground in a mere two hits, at which point the pick axe either broke or hurtled off into the stratosphere. I’m not quite sure which, but the object was no longer in sight.

I’d still not encountered another living soul, despite having jumped onto a different, nearly full server, nor did anyone seem to be interested in tackling SCUM‘s in-map Player Versus Player mode. Still, at least I’d acquired an extensive collection of nails, rubber bands and bullets. I knew that if I persisted enough, I could eventually arm myself to the teeth and, through fame points, improve my character’s abilities and standing. But wandering in this admittedly pretty wilderness, with no-one to fling my handfuls of bullets at, I had to wonder… “what’s the point?”

Foundation of a game

In its current state, SCUM has potential but it hasn’t managed to hook me yet. The game’s map is over twice the size of the largest PlayerUnknown’s Battlegrounds map, which may account for the lack of player encounters. It needs something to either up the pace, whether that’s wider weapon variety, smaller maps or whatever, or add real flavour to the game.

But it’s early days yet and if Gamepires and Croteam can deliver on what’s a solid (and frighteningly plausible) premise they may end up with a respectable survival game that can hold its own against the big dogs.