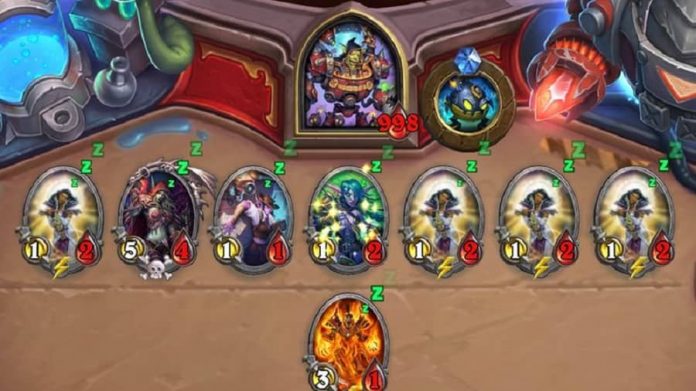 Hearthstone has has had more than a few expansions, changes, and additions since its initial release in 2014.

This makes many players wonder: what could Blizzard possibly do next that’s different from what we’ve already got? And yet, somehow, it always manages to pull out the right things at the right time. When things started to get stale only a year or two ago, Blizzard added the single player dungeon runs which had players battling dozens of different bosses to get the end of the dungeon. Now, it has graced us again with something completely different: a brand new game mode called Puzzle Lab.

Puzzle Lab is a solo adventure where players are tasked with solving various puzzles to aid with the unfinished or abandoned experiments going on over at Boom Labs. It will feature cards and mechanics that are not available in the main game. The puzzle lab is categorised into the following sections:

Some of the puzzles prove to be pretty easy to begin with, but quickly ramp up in difficulty as you can see in the gameplay video below. In the video, I decided to start in the “board clear” section of the puzzle lab. The first few puzzles were easy enough, but by the third I was second guessing some of my choices and having to restart multiple times. But that’s the joy of the puzzle lab. You can restart as many times as need be in order to solve the puzzle in just the right way.

For those just starting out in puzzle lab I recommend starting in the lethal section – I had the easiest time there. But another great thing is that if you get stuck in one area of the lab, you can stop and go to a different area whenever you want.

Things are looking up for Hearthstone at the moment as Puzzle Lab is likely to bring in new players as well as bring back old players like myself that have drifted away from the game for other things.

Puzzle Lab is available now for everyone on Hearthstone.