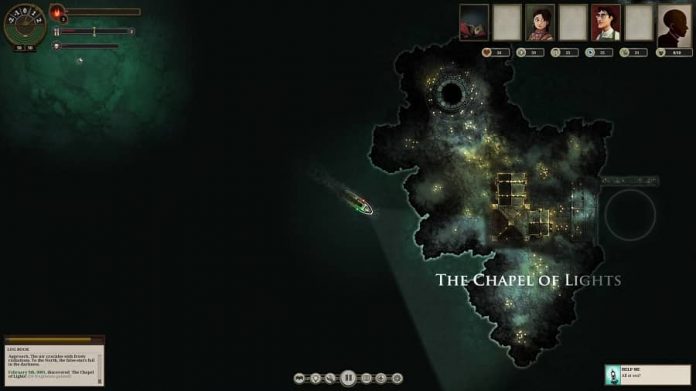 London has fallen and it can’t get up. That’s our mangled version of Sunless Sea‘s premise, a game that sees you travelling a mysterious underground sea, known as the ‘Unterzee’ or ‘Zee’. Thanks to Queen Victoria’s shady, satanic steampunk shenanigans, the whole of London has been yanked downwards to rest alongside the edges of the Zee. With a clunky rustbucket of a ship and a handful of zalty zeemen, it’s down to you to find fame, fortune and maybe even immortality atop or beneath its waters. What could possibly go wrong?

Everything and anything, in fact. As if the lack of sunlight wasn’t a big enough problem, the Zee is awash with terrors, and not just the tentacled kind, either. An extension of the Fallen London online MMO, Sunless Sea: Zubmariner Edition excels at making you uneasy without hurling the horror in your face. The game’s procedurally-generated encounters are relayed largely through text but even throwaway lines such as “he lost his child to cats” are chilling in exactly the right way.

On the PS4, Sunless Sea is as entertaining as it’s ever been, though I chickened out and turned off the permadeath option. Accruing wealth while trying to avoid going utterly mad is a challenging task but upgrading your ship and becoming a force to be reckoned (wreckoned?) with is a real buzz.

Less impressive is the Zubmariner content, included in this edition, which actually detracts from the game somewhat. Transforming your ship into a submarine and delving beneath the waves sounds cool but seeing what’s under the Zee and being able to touch the bottom renders the horror disappointingly finite. There might be hidden monsters lurking within the odd dark abyss but pulling aside the curtain in this manner doesn’t pay off.

How to Make Easy Money in Sunless Sea

How to get a Zubmarine in Sunless Sea

How to Save Your Game in Sunless Sea: Zubmariner Edition