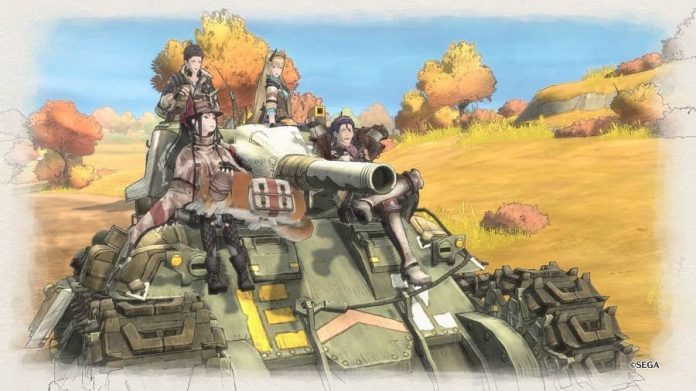 As if it was taken by one of Odin’s twelve handmaidens themselves, after the disappointing Valkyria Revolution, the series is back.

I must admit, I was surprised when Sega first revealed Valkyria Chronicles 4 late last year. Of all the series under their umbrella, it had felt that for most of its lifetime, Valkyria simply couldn’t replicate the success of its original iteration. That’s not to say none of its sequels or spin offs are any good, mind you, but rather that they all merely pale in comparison.

To remedy this, Sega has made some notable steps to ensure fans are satisfied this time around. Disregarding most of what came with Valkyria Revolution, most specifically its action combat system, Valkyria Chronicles 4 was instead made in the spitting image of the first Valkyria Chronicles through and through.

From the beginning, the game tries to ease returning fans’ reservations. Everything from the game’s painterly visual style to its notebook stylised menus feel not just familiar, but distinctly reminiscent of the original game. Though the true homecoming is within the first moments of combat.

Every battle in Valkyria Chronicles 4 begins in a tactical overview of the battlefield through its Command Mode. You’ll begin, as you do in any tactical RPG, by selecting which unit you want to use in combat. Once selected, the game will enter Action Mode, where the camera transitions to over the character’s should as you move them around the map, use equipment, and attack enemy units. Once you’ve chosen who to attack, you will be able do the aiming yourself, sometimes needing to focus in on specific weak spots. As always, the combination of classic tactics-based gameplay with the moment-to-moment elements of a third person shooter are at the core of Valkyria Chronicles 4. As the saying goes, don’t fix what isn’t broken. 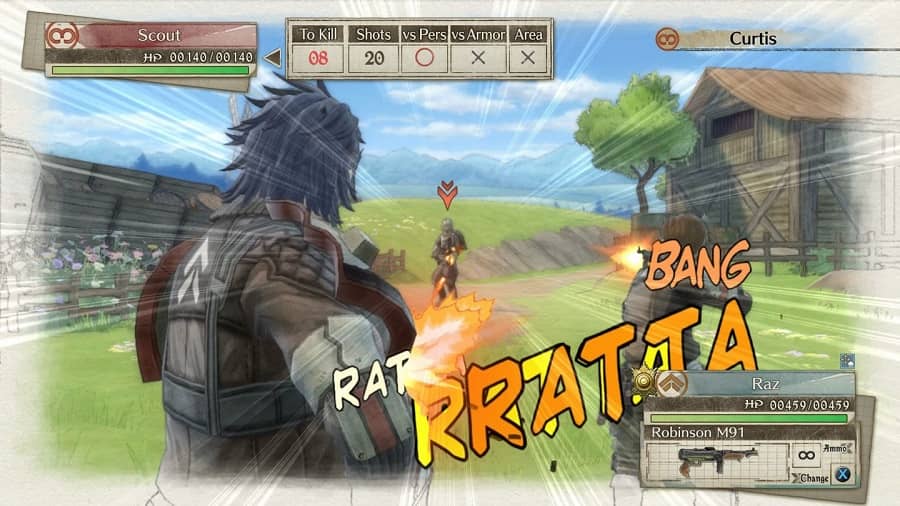 There is also a number of other returning elements, of course. You’ll once again be able to strategise and fight with Lancers, Engineers, Snipers, and the other usual suspects, with the addition of the Grenadier class. You’ll also be able to upgrade individual units as well, equipping them with their own unique weapons and perks. Since permadeath is also making a comeback, it makes each individual unit an integral part of your team that you’ll want to make sure makes it back from each mission.

Doing so, however, is another story altogether, thanks to how inventive Valkyria Chronicles 4’s missions can be. Although its first mission settles you into its combat rather slowly, capturing different flags until you’ve taken control of an entire enemy base, later missions quickly begin throwing different mechanics in to keep things interesting. Multiple ongoing objectives and various phases of battle will become a regular occurrence, which may sound fairly normal, but its the ways in which Valkyria Chronicles 4 is able to interweave these mechanics into a more cohesive whole that makes its many missions memorable.

I have to admit, I still get a bit choked up when I think back to the original Valkyria Chronicles. It was by no means a perfect game; its AI were stubborn and unsophisticated, but its strengths have always outweighed its weaknesses. More than just a good tactical JRPG, however, it was a game that placed its characters in the midst of war that tested them in every way imaginable. Perhaps my greatest takeaway so far from Valkyria Chronicles 4 is that it too is able to do the same. Though there is still much to go in it, I know that so far, I’m happy to be back in Europa and Squad E are shaping up to be great company.

Valkyria Chronicles 4 releases on 25 September and will be available on PS4, Xbox One and Switch. Pre-order now from Amazon. 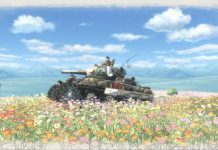 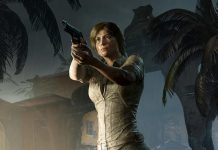 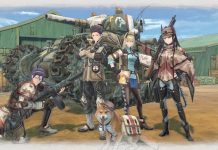