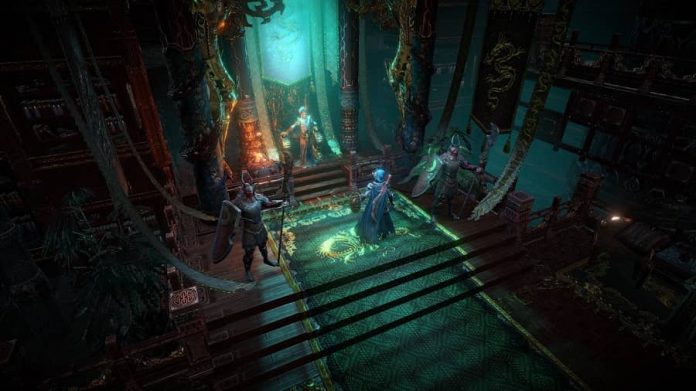 Shadows Awakening, an isometric RPG from Games Farm and Kalypso, allows the player to take control of a demon trapped within the Shadow Realm: a dark parallel universe that mirrors the mortal realm.

They’re no ordinary demon though, they’re a Devourer; a demon able to possess multiple souls, and use them as his puppets. Shadows Awakening allows the Devourer to consume up to 14 characters, all of whom become playable.

The darkest version of Pokémon ever

Basically, the Devourer is like a dark version of Ash Ketchum; trying to amass an unbeatable party while also levelling up each member along the way. The Devourer’s options to consume are wide and varied; the player is able to pick one character to possess from the start, out of a possible three (because, you know, Pokémon). Each of the playable heroes has their own unique story, background, dialogue options and even motives. It adds a lot of replayability to Shadows Awakening.

The Devourer is playable too, with the shoulder buttons acting as the ‘withdraw’ function to bring in another possessed soul. The key difference between the Devourer and the possessed is that the demon walks (well, glides) in a dark mirror world version of the map; one that could be described as similar to hell, which is fire red (because, you know, Pokémon).

The Shadow Realm offers different types of enemies, and new areas to explore. Shadows Awakening requires the player to switch between worlds in order to solve puzzles and complete quests. It’s a very well executed dynamic. 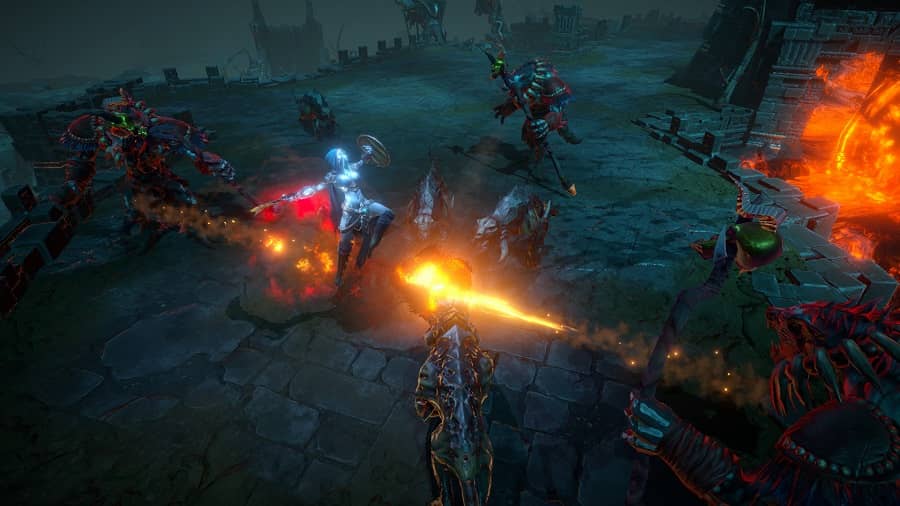 A switch and a slash

Overall, the enemies shouldn’t be too difficult to deal with; the quantity of foes will pose more of a challenge though. The enemy types vary a lot too, with various species having different strengths and weaknesses. Switching to the Shadow Realm will remove these types of enemies, and include more dark and mysterious foes. Again, these enemies don’t prove to be much of a challenge.

Boss fights, however, do require more skill. This is where Shadows Awakening’s character-switching system really shines. For most of these battles quick switching is needed, and a variety of different techniques. Perhaps you’ll use one character to deal long range attacks, before swapping to deal damage close-up.

Sadly, these encounters don’t happen often enough to break up how monotonous the combat can be. The majority of the Shadows Awakening involves simple enemies who can be simply defeated by using hack and slash methods. Despite the range of characters, their fighting styles become less meaningful due to how easy and similar a lot of the combat is. 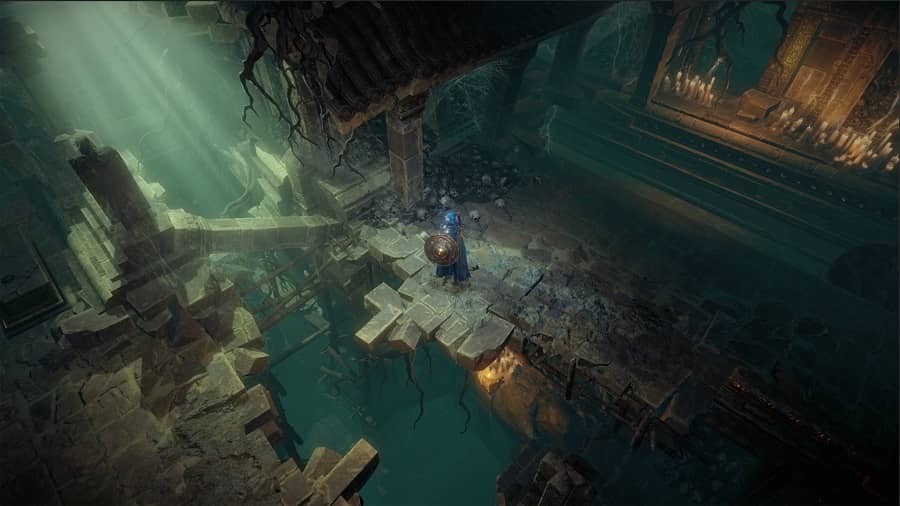 Shadows Awakening’s tale of two cities/worlds offers so much potential for intriguing plot development. Sadly, this is never quite achieved. The characters themselves, despite the variety, are all quite one dimensional. At times, the dialogue can even stray into cheesiness; I don’t need to hear the ferocious Daughter of Fire, Evia, state that an enemy’s breath smells. There’s such a unique cast of characters, each with their own story – but they aren’t always worth listening to.

The dialogues between the puppets and NPCs include a lot of choices; sometimes even up to eight different options to select between. Shadows Awakening utilises a vast and comprehensive choice system which really allows the player to take on the role of each character. Yet each choice feels too inconsequential to be truly exciting. I can’t say that I was really engaged in the story at any part of the game. It’s such a shame, as there’s so many characters within the party, and so much to explore with each of them.

However, such a big party does come with a burden: each character’s skill points and weapons must be assigned individually. This means that a character who’s been out of the action for a while will need a lot of attention. Coupled with the fact that the game’s menus and upgrade systems aren’t too inviting to explore, it can be a little tedious. 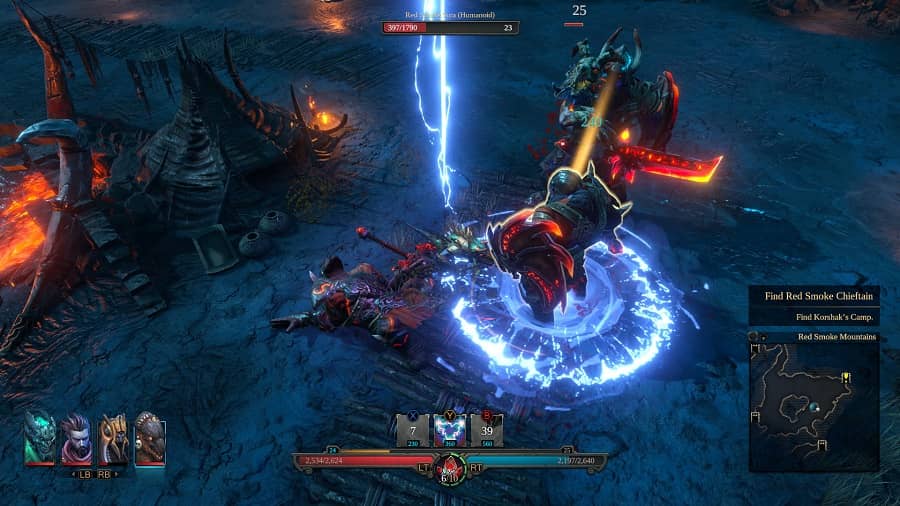 Sometimes it’s hell trying to get to heaven

Each character has their own unique weapon and armour sets, too. These can either be found, typically by exploring both realms, or by buying them from various merchants spread through Shadows Awakening. There’s so much choice for each character in the party, and finding each weapon or armour set can be just as challenging as the main quest. But when the main quest is priority, it can become really annoying to find a high-levelled weapon, for it then only to be available to one party member. It can lead to an imbalance in how each character is upgraded.

Money is also very tight at first in Shadows Awakening. It’s very difficult to spend small amounts on upgrades, instead of just buying the most expensive gear for one particular character. Certainly it’s an incentive to complete the side quests, but even then, some of the more expensive items are so out of reach.

Shadows Awakening does so much well. It uses a great art style, and a range of creatively designed characters. The dynamic between the Shadow Realm and mortal realm is a fantastic idea and offers a striking difference in gameplay. Sadly, a tedious story combined with finicky menus and dull characters means that Shadows Awakening doesn’t fully wake up to its potential. It’s a decent RPG with some new ideas, but it’s not going to set your world on fire.

Shadows Awakening is available on PC, PS4 and Xbox One. We reviewed the Xbox One version.