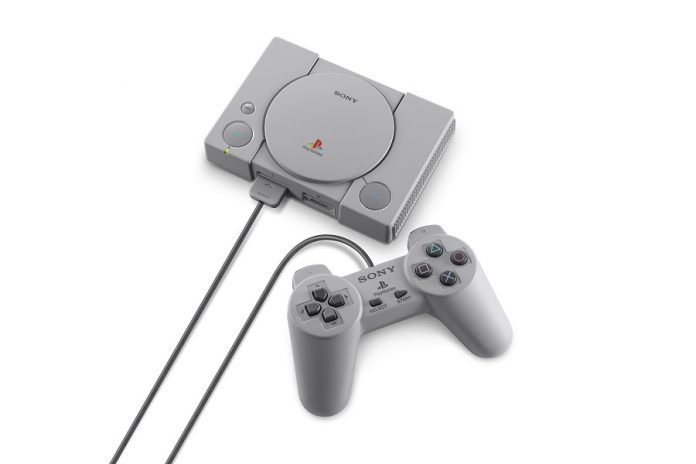 After the success of the NES classic and SNES classic, it was inevitable that Sony would get in on the act with a dinky PlayStation.

Officially titled the PlayStation Classic, it’s a shrunken version of the grey plastic box we all know and love that’s going to come with two controllers and 20 pre-loaded games. There will be an HDMI cable and a USB in the box, but there’s no AC adaptor. If you can’t power it from your TV via USB, you’ll have to purchase a separate adaptor.

The PlayStation Classic will be released on 3rd December in limited quantities so, if the SNES Classic is anything to go by, you’ll need to quick on the draw and a wizard with the F5 button to get one. The cost is a fairly reasonable £89.99, or $99 for those stateside.

Five games have been announced so far. Three are the solid gold PS1 titles you’d expect, in the form of Final Fantasy VII, Tekken 3 and Ridge Racer 4. The other two are slightly less mainstream. One is Wild Arms, a Western-themed Japanese RPG that was one of the PlayStation’s first RPGs. The other is a first-person platform game called Jumping Flash!.

If anyone has even heard of Jumping Flash!, then you get serious gamer geek points. I, however, don’t belong in that elite club and so hit the internet for answers. It was released in 1995, holds the official Guinness World Record for being the “first platform video game in true 3D” and seems to be primarily famous for being one of the most underrated games of all time. In action, it’s truly bizarre; a primary coloured first-person platformer whose leaps give the same vertiginous feeling as the Mirror’s Edge series. That’s not exactly surprising, given that it was apparently the inspiration for everyone’s favourite sci-fi vomit inducer.

If nothing else then, the PlayStation Classic promises to be a voyage of discovery. Sony is seemingly intent on not only showcasing the best PlayStation games but also also giving a bit of a gaming history lesson. It’s therefore going to be fascinating to see which games make the cut.

Getting on this craze for miniaturised retro gaming feels like a smart move by Sony, although you can’t help but feel they’d make a killing if they dispensed with this “limited quantities” stuff and just made it available normally. Still, as long as they include enough fondly remembered hits, there are sure to be queues around the virtual block come 3rd December.