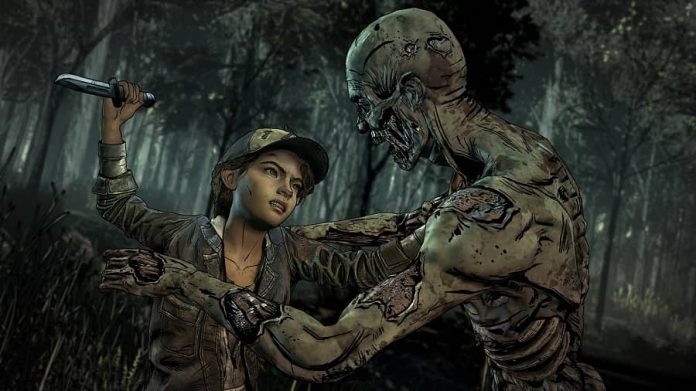 Episode two of The Walking Dead: The Final Season only released yesterday. But today, the game has been pulled off most storefronts following a request from Telltale Games.

The future of Telltale Games currently hangs in the balance following a massive and sudden layoff of its staff last Friday. A skeleton staff of 25 members remain, but for all intents and purposes, it looks like Telltale Games is no longer. There’s a great amount of uncertainty surrounding its most recent game, The Walking Dead: The Final Season. Some reports stated that episodes three and four would never get released, but Telltale’s official Twitter account released a statement saying the company was “in discussions” with parties who were interested in seeing the series through to the end.

However, with no more announcements made from the company, The Walking Dead: The Final Season has been pulled from digital stores today. The game has disappeared completely from the PlayStation Store, and it’s no longer available to purchase on Steam, Xbox One and GOG. GOG’s listing of the game comes along with the following statement:

Telltale has requested a temporary pause of sales of The Walking Dead – Final Season. For all up to date Telltale news, please refer to their official Twitter page.

However, The Walking Dead: The Final Season remains available on Humble Bundle and the Microsoft Store. How long for remains unclear – one would assume both stores will follow suit very quickly.

It leaves the future for The Walking Dead: The Final Season even less clear. Perhaps the removal of the game from the store indicates a new publisher has picked up the game, and so will at some point relist the game under a new publishing label. It’s also likely that Telltale Games simply wants to stop people buying a season pass for a game that may never get completed. But in that case it makes no sense to cease sales for individual episodes.

Last Friday’s news from Telltale is very sad. Not just for fans of the company’s unique brand of narrative games, but mostly for the employees who now find themselves suddenly without work and a very uncertain future. Our thoughts are with them all, and we hope that their talents find a new home very soon.