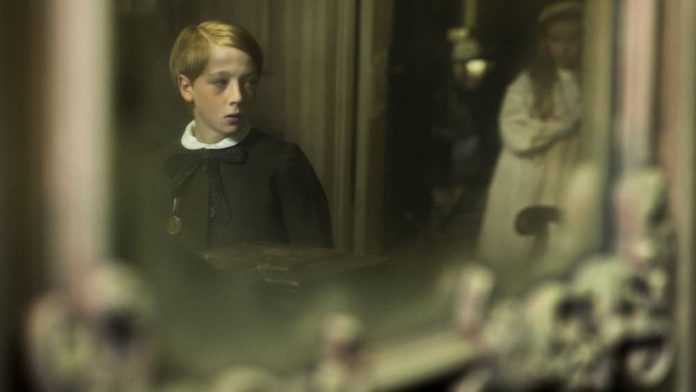 The Little Stranger is a 1940s gothic piece that should have had me leaving the cinema feeling fulfilled. Instead, my friends and I sat there, all asking the same question: “What happened?”

By no means was The Little Stranger horrible. In fact, I quite liked the majority of the film. The costume design was beautiful and the set design of Hundreds Hall, the large manor house where much of the film is set, left me breathless. I even got chills when I studied the camera work and lighting. I just wish that there had been more action, which is not something I usually whine about. The plot of The Little Stranger moves along slowly. There’s far too much suspense without any real scares. I felt constantly on the edge of my seat, but ultimately waiting for something that never happens.

Flashbacks draw the viewer in to the story of Hundreds Hall. With a piece of Victorian era architecture, Domhnall Gleeson and Ruth Wilson grace the screen as the lead protagonists  under the direction of Lenny Abrahamson (The Room, Frank). In The Little Stranger,  based on Sarah Waters’ novel of the same name, Gleeson plays the ever laconic Faraday. His character is a countryside doctor, raised by working class parents who worked hard to give him a proper education. Hundreds Hall cast a whimsical spell on Faraday the first day he visited in 1919. When he is required to make a house call to the manor 30 years later, no one had any idea that it would draw him in again – but in a much more sinister way. Strange happenings begin to haunt the family of Hundreds Hall not too long after Gleeson’s first visit back, and he watches them unfold, feeling the same terror the Ayres family feels as well.

Wilson shines as Caroline Ayres, the only living daughter of the Ayres family, going through several stages of heartbreak as the plot advances. The viewer begins to root for her early on, and we think Gleeson will be able to help her to happiness. Gleeson, with a quiet nature, seems more content to stand off to the side in almost every scene. Stiff at first, the dialogue between Faraday and Caroline becomes more natural as the plot progresses. We learn more about their history as well as their present, and the more we learn, the more the film makes an attempt at suspense. Everyone around the Ayres family has a comment or two about Hundreds Hall, their ageing manor, failing finances and the state of mind of the man of the home, Roderick Ayres (portrayed by Will Poulter), and soon after, Caroline and their mother as well. 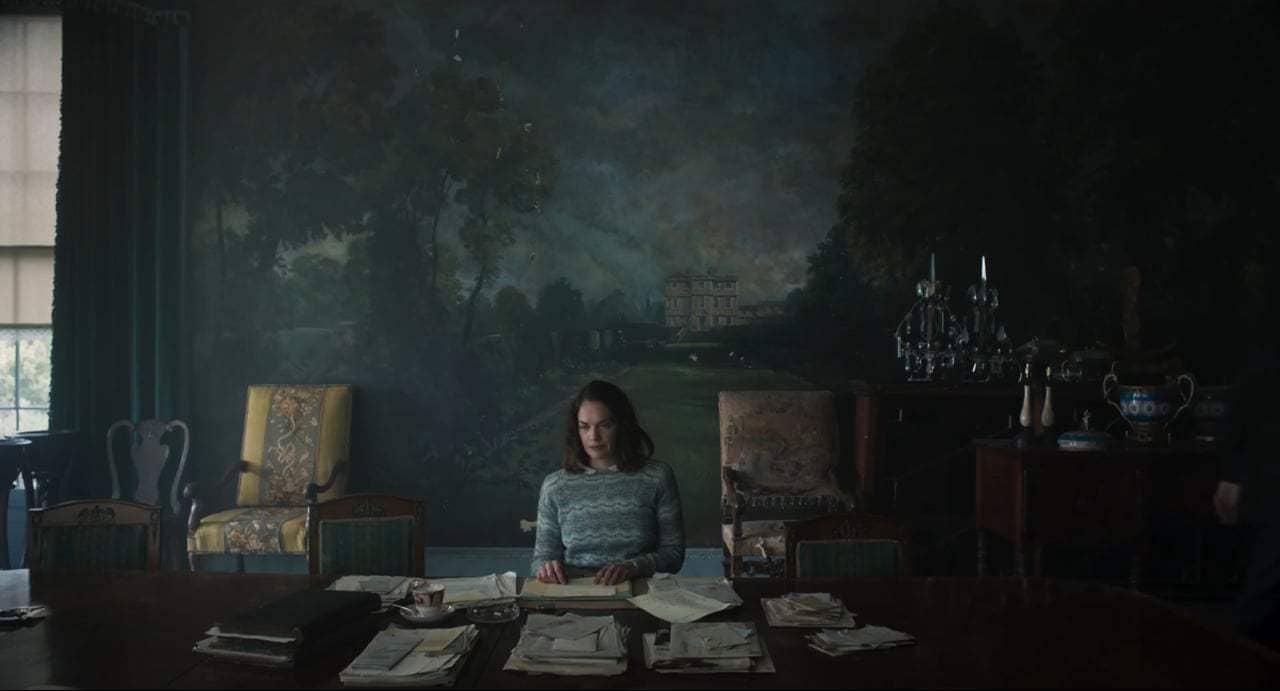 Ultimately, the loose threads seem to lead into themes of mental illness and nostalgia. Hundreds Hall was once a spectacular manor and it now looks desolate and broken down from the outside. The same could be said about the Ayres family. With its attentive details of early 1900s architecture to threaded clothes of the 1940s (both the glamorous types of outfits and everyday looks) The Little Stranger isn’t that bad. But don’t expect a clear-cut conclusion; interpretation of the ending is mandatory. The Little Stranger is a film that demands your attention all throughout, but it will have you leaving the cinema wondering what on earth just happened.