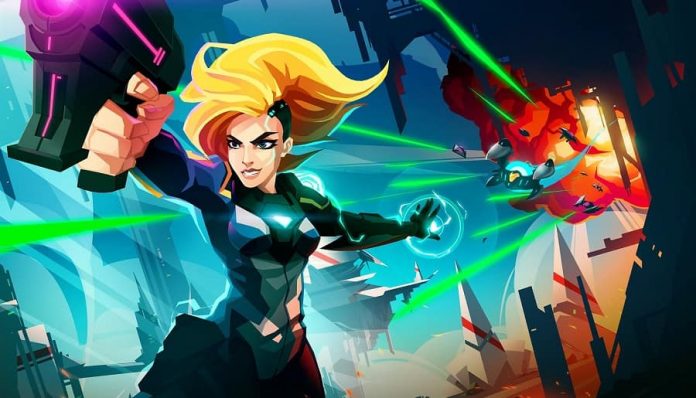 Originally released on PlayStation 4 and PlayStation Vita in September 2014, FuturLab’s Velocity 2X is yet another critically acclaimed game that has been ported to the Nintendo Switch.

Combining vertically scrolling shoot ’em up action as well as plenty of side-scrolling platforming, it’s safe to say that Velocity 2X is a game unlike any other. It eases you in gently, introducing you to the game’s shoot ’em up features first, its platforming features second, and then combines them from that point forward. And as you progress though the main campaign’s 50 levels, more complexities are thrown into the mix such as your ability to teleport and fire weapons.

What makes Velocity 2X really engaging is that it truly is easy to pick up but hard to master. The real challenge comes in doing everything as fast as possible while picking up every collectable you can, but for the most part, you can take your time and progress though levels with little frustration. Only those wishing to maximise their scores for each of the criteria that Velocity 2X grades you upon – time, rescues, crystals, and score – will find themselves occasionally getting stressed.

Velocity 2X is a game that speedrunners will love. Whether you’re in your ship or on foot, you’re always coerced to move as fast as possible. In your ship you have a boost function, while on foot you can sprint, and combined with your ability to teleport you can move through stages ever so gracefully if you have the skill to do so. Those who truly master the game will do so while shooting all manner of objects and enemies as well. 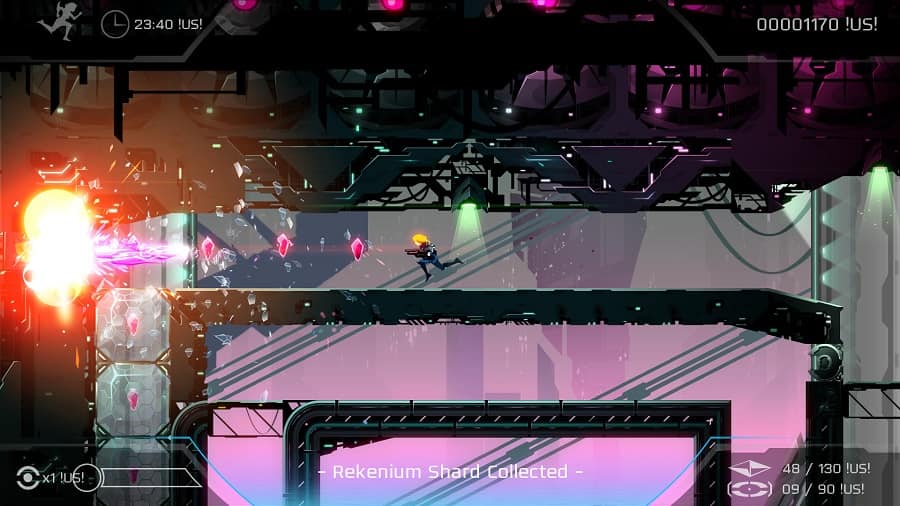 What really cements Velocity 2X as a worthy contender for your Switch’s storage space is the fact that not only does it look fantastic, but it has a great soundtrack too. Honestly, I don’t care much for the game’s story, but the art on display in story scenes and during gameplay is simply beautiful. And the pounding sci-fi soundtrack has you moving from one level to the next without a moment’s hesitation.

Needless to say, if you’ve not yet played Velocity 2X on any of the many formats it has already been released on, it’s definitely worth your time and money on Switch. Its short, bite-sized levels make it a great game to play in portable mode, but it’s also a game that can keep you glued to your TV screen due to its addictiveness. The Switch version also includes all the DLC released for the title, further bolstering the impressive amount of content it offers. So, what are you waiting for? Buy. It. Now.