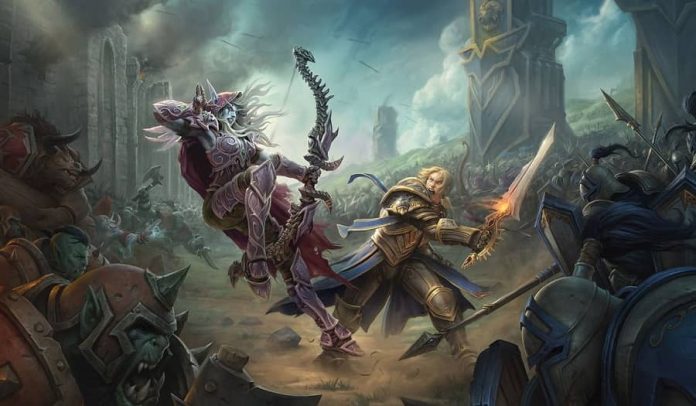 It’s been hard to tear myself away from World of Warcraft long enough to write a Battle for Azeroth review, but I wanted to wait longer than usual before writing an expansion review anyway.

The levelling experience in Battle for Azeroth is relatively short, but it keeps the pace up. With only three zones to level in – for my levelling experience as Alliance, those were Stormsong Valley, Drustvar, and Tiragarde Sound – it only accentuated the speed of levelling. These three zones were packed with quests around every corner, but the quest design still effectively led you through each zone. My first 120 character got to max level an hour into the third zone.

Fewer zones means that more care has been put into the content and look of each. Though there are still six overall, three for each faction, the faction specificity allows Blizzard to better tailor each zone’s look. I may be biased, but the Alliance zones look so much nicer than those on the Horde side. While doing the war campaign across the levelling experience to fight back against the Horde I was able to visit their zones, and found myself disappointed in the look of each. Over time, some areas have grown on me, but Zuldazar is the worst.

Throughout the levelling experience, players are rewarded with cutscenes that Blizzard has been working to include for a while now. Since World of Warcraft’s races have undergone something of a graphical rework in the last few years, cutscenes are no longer such a stark contrast to what you see during gameplay. As such, easier cutscene creation means that Battle of Azeroth has more cutscenes than usual, adding a welcome sense of immediacy and impact to the levelling experience. 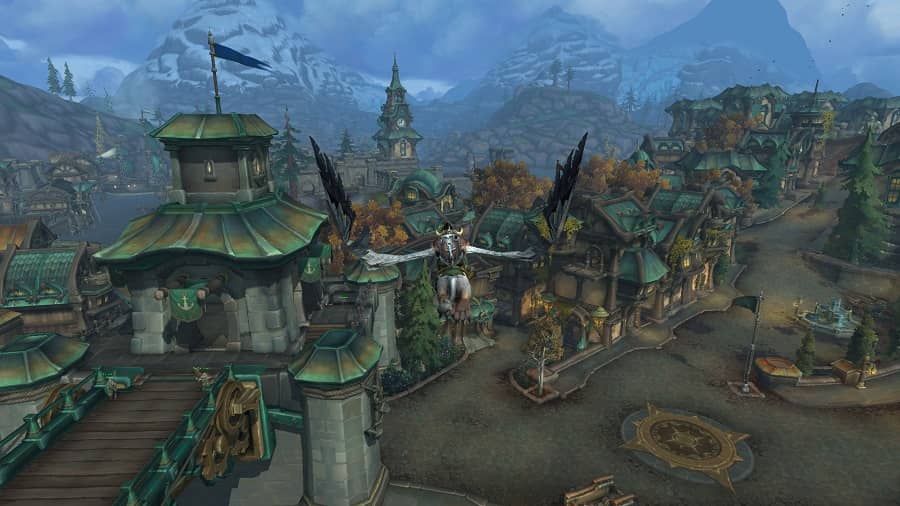 With Artifact weapon traits gone, many specs feel as if they have been gutted. Artifact weapons are what previous expansion Legion was essentially built around. I enjoyed the Artifact system, but Blizzard has devolved it to address numerous player complaints. Azerite armour is now what we upgrade, which gives the three Azerite pieces three or four talents – much like how Blizzard revamped the talent system years back to give you much less choice. Blizzard has also scrapped legendary loot, and this paired with the loss of Artifact weapons means we’ve lost a lot of the variety and utility those systems gave.

I’ve been unfortunate enough to main an Elemental Shaman, a class that Blizzard stated wasn’t really where it should have been for Battle for Azeroth’s launch. Simply, it wasn’t a finished spec, and boy, it feels like it. I could go on for a whole paragraph on everything Elemental is missing, and how vital the artifact weapons and legendaries were to its rotation and flow, but it’s not the only spec to have this problem. Many specs have once again been made simpler with less variety and flow in their rotations in combat. The perception is made worse when you consider that Legion did the exact opposite. Already lots of players are changing their main character. I’m seriously considering it, but I’m giving Blizzard the benefit of the doubt for now, hoping Elemental will get fixed in patch 8.1. 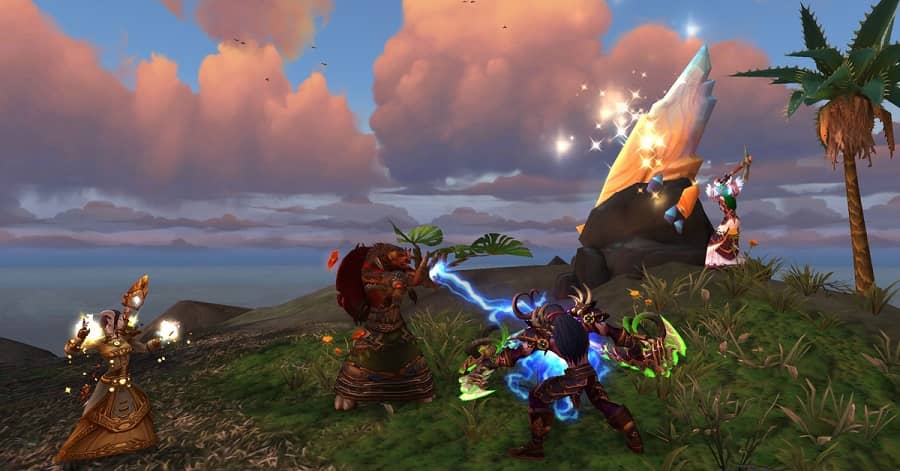 Hotly advertised for Battle for Azeroth were the island expeditions and warfronts. The latter started a couple of weeks into the expansion, rather haphazardly; players were not really given an indication of how warfronts worked, leading to a lot of confusion from both factions. Essentially, warfronts are zones across Azeroth that the two factions fight for control of, and they come with many rares and a world boss – all of which are available dependent on your faction. Island expeditions reward transmog pieces and a lot of Azerite power, but they get stale really quickly, and they’re a part of Battle for Azeroth I keep forgetting is even there.

In the end, Battle for Azeroth makes some great improvements in the levelling experience, but faults in its class design and the less rewarding Azerite system mean that overall, it takes too many steps back from Legion. It’s clear that Battle for Azeroth is an expansion that’s had a relatively short beta period, and many players find themselves unhappy – the messy Warfront launch typified this. Patch 8.1 needs to pull a lot of leg work to get several specs where they should be. More work needs to be done, and Blizzard is very aware of that, so there’s still hope that Battle for Azeroth may becomes greater than Legion. But so far, not so much.

World of Warcraft: Battle for Azeroth is available on PC. 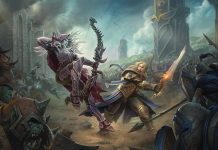 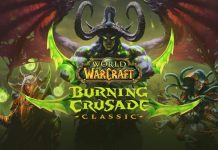