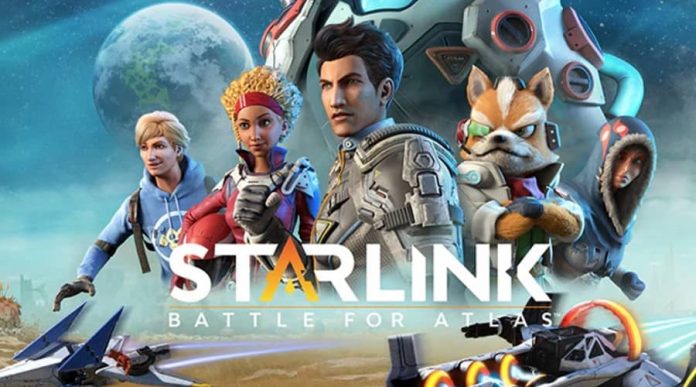 The latest game from Ubisoft, Starlink: Battle For Atlas, is an open world game with a difference.

That difference? The entirety of space is waiting for us to explore. And this time, rather than being a hacker, or an assassin, or a hunter, or a solider… you play as a ship. Well, a person in control of a ship. But essentially that ship is you.

Starllink: Battle For Atlas‘ unique selling point, however, is that it’s the latest toys-to-life game to hit the shelves. The game is designed to be played with a physical representation of your in-game ship attached to your controller, which is pretty nifty. You don’t need the toys to play though; the game is also available digitally.

Whichever way you decide to play, there’s a lot of fun to be had with Starlink. But it’s a big game, and getting your initial bearings can be difficult. We’ve put a few tips together in order to make the most of your first few hours with the game.

1Change out your weapon and ship mods regularly

As you play Starlink, you’ll come across lots of mods for your weapons and ships. Each weapon – your ship has two – has a number of mod spaces, as does your ship. And mods can improve your stats and add various skills and abilities to your build. Basically, if you want to deal more damage, improve your defences or be able to boost like there’s no tomorrow, mods are super important.

You’ll collect mods regularly as you play. They’re often given to you for completing story and side missions, and you’ll likely come across some as you explore. They have different levels of rarity, with more rare ones offering better stat boosts. But it’s worth checking what you have in your inventory regularly to make sure you’re using the best that you have. Head over to the Loadout screen in the main menu to change your mods.

Every planet is dotted with buildings, research centres and outposts. Normally, when you come across one for the first time, you may be asked to do a short quest. But once you’ve done that, you’ll have access to the functions that outpost provides. One of those functions is a trading post. As you explore each of the planets in Starlink: Battle for Atlas, you’ll come across various resources – planets, minerals and other valuable materials. Taking these to outposts will allow you to sell them for money. And money can be used to buy upgrades to your command centre as well as new mods.

Be warned though; not all outposts accept all the materials you find. Different buildings deal in different resources, but it’s still worth picking up everything you can – as long as you have inventory space

Starlink‘s main menu gives you access to all kinds of useful information and systems. One sub-menu is ‘Equinox’, your command centre, which allows you to upgrade a wide variety of in-game systems. Separated under a number of different headings, visiting Equinox allows you to upgrade things like your storage space, or unlock fast travel, or improve the defences of your allies.

Each upgrade will cost some money as well as an ‘upgrade token’, so you’ll never be able to upgrade too much at once. But it’s worth visiting the menu frequently and upgrading whenever you can.

At any one time, you can have two different weapons equipped to your ship in Starlink: Battle for Atlas. Each wing has its own gun, each with its own stats, abilities and elemental damage. If you’ve opted to buy the game physically, along with physical ships and add-ons, you may be limited as to what’s available to you. But if you bought the game digitally, you’ll have a selection of weapons to choose from.

If you can, experiment with what you’ve got to find the combination that works best for you. Remember that different enemy types are susceptible to different elements, so using two different elemental weapons may work best if that’s an option for you.

5Using fire and ice weapons has a nice effect

While you may find a different combination works best for you, I’ve had a lot of fun using one ice and one fire weapon. Early on, there’s a lot of enemies that are either ice or fire, so using the opposite element deals a lot of damage. As for non-elemental enemies? Hitting them with both fire and ice sends them into ‘thermal shock’, doing a hell of a lot of damage. It’s fun!

6Unlock Pilot Skills every time you level up

As you play Starlink: Battle for Atlas, you’ll gain experience points, and every so often, you’ll level up. Each time your pilot gains a new level, you get a pilot skill point to spend. Head into the main menu to see what upgrades are available to your character. Specific skills and abilities will depend on which pilot you’ve chosen to play as, but no matter your character, there’ll be a range of useful abilities and upgrades to make your time in Starlink that bit easier.

7Scan creatures you come across

You’ll find lots of interesting creatures wandering around the planets you explore in Starlink. And when you get close enough to one – don’t worry, they won’t bite (hopefully) – you’ll notice a prompt pop up to “Scan”. Be sure you do this for every new species you come across!

Pressing the “scan” button will initiate a sequence where you’ll need to revolve your ship around the animal, to ‘scan’ each part of it. For a new species, you’ll have to repeat it three times on three different creatures of the same species. This will then reward you with information about that species, as well as give you a bit of XP. Each creature has its own name and history, and it’s a neat little touch to the game.

It’s not just enemies that are worth firing your weapons at in Starlink: Battle for Atlas. Across every planet, you’ll find stacks of blue-ish coloured boxes. Most of them have money in, so shooting them will give you a nice boost to your balance. Usually not much, but every little helps – especially when you come across a fairly big pile of boxes, which happens once in a while.

You can also shoot mineral veins, which will break the rocks into smaller pieces, leaving ore for you to pick up. This is usually valuable, and can be collected to sell on at an outpost.

Every planet in Starlink: Battle for Atlas has its own unique landscape, with unique flora and fauna. There’s plenty to discover on each, so make sure you take the time to stray from your main quest line once in a while to explore. Be sure to pick up any items you come across – materials come in handy to sell, remember. You’ll also come across NPC ships whose pilots you can talk to (and sometimes get side quests from). Exploring will also help you find enemy camps, side missions, and puzzles to solve – all very helpful as they grant you XP and reward you with useful items for completion.

More than anything though, just have fun with Starlink. It’s a massive game with plenty to see and do, and it’s the type of experience you can take at your own pace. Don’t rush through the main story. Take your time, and enjoy everything it has to offer.