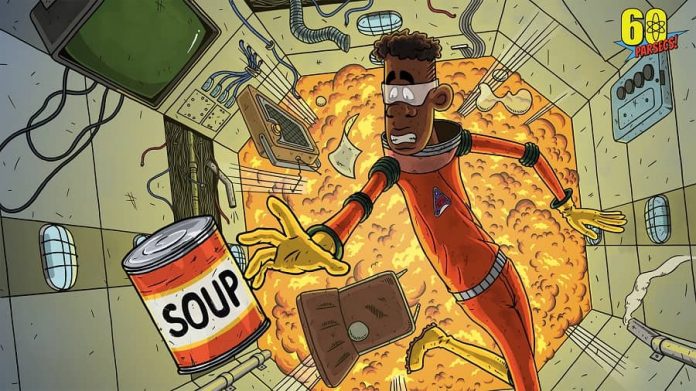 Friends, soup, and the endless emptiness of space. What more could you want?

Back in 2015 when developer Robot Gentlemen released its apocalyptic survival game 60 Seconds!, I really enjoyed it. I’d never played anything like it. It was almost like a visual novel, but with the added elements of rationing and planning in order to keep your characters alive. 60 Seconds!’s successor, 60 Parsecs!, does many of the same things, but dare I say, it does them even better.

In 60 Parsecs!, you become captain of a ship forced to blast out into space due to an apocalyptic Space Age event. Spoiler: there’s a lot of explosions. You’re forced to lead your selected crew of clearly underprepared individuals as you journey across the great black ocean of space, with only a few cans of soup and a sock puppet or two.

When you first discover that the end is near, you must race against the clock – which has handily been set to 60 seconds. In that time, you need to collect as much material as possible to toss into your escape pod before it’s too late. This section plays out differently from the rest of the game and is appropriately a panic-inducing whirl of screaming and throwing. During this time you must pick up food, materials, health kits, and any fellow crewmates you’d like to bring along. Anything you don’t have time to pick up gets blown up, along with the rest of your hopes and dreams.

In space, nobody can hear you fail

After you blast off into space, you’re able to decide how things go on your adventure. Once a day an event happens and you’ll have to choose how to react. For example, you start hearing voices in the walls. Will you investigate the voices, or ignore them and hope they go away? Or perhaps something outside the ship is broken. Will you risk a crew member’s life in order to fix it, or leave it alone and pray it doesn’t get worse? Along with making these choices, you’ll also have to ration out food and medical supplies, all while crafting and recycling your materials to make items that you need. It’s a constant, stressful struggle in deciding who you should feed and who you think could go another day or two without that precious soup. 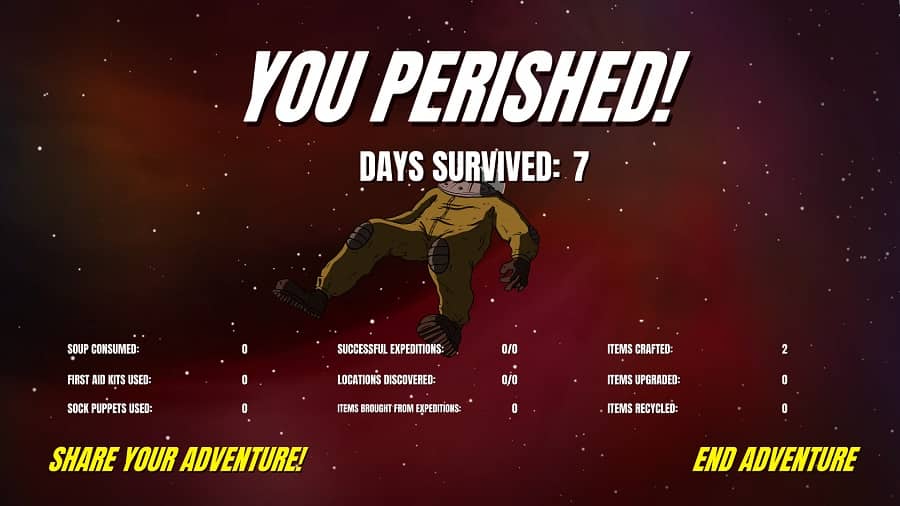 Despite how stressful it is though, 60 Parsecs! is a lot of fun. It’s the type of game that’s suited to being  played for a couple hours at a time, trying your luck at what space throws at you. You’d be surprised how different your playthroughs can be. I managed to survive 48 days in my first playthrough, the longest I’ve managed (yet). In my second playthrough, as you can see from the screenshot above, I survived seven. It all comes down to what you collect and how your events go. 60 Parsecs! is available now on PC and well worth a pick up for an exciting, fun, and hilarious adventure. 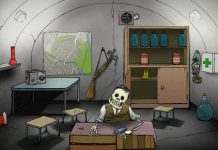 Apocalyptic Game 60 Seconds! is Available on PS4 and Xbox One Today 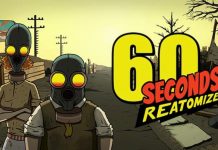 60 Seconds! Reatomized is a Big Improvement – If You Overlook the Intro

Space Horror Moons of Madness Gets a 12 Minute Gameplay Trailer