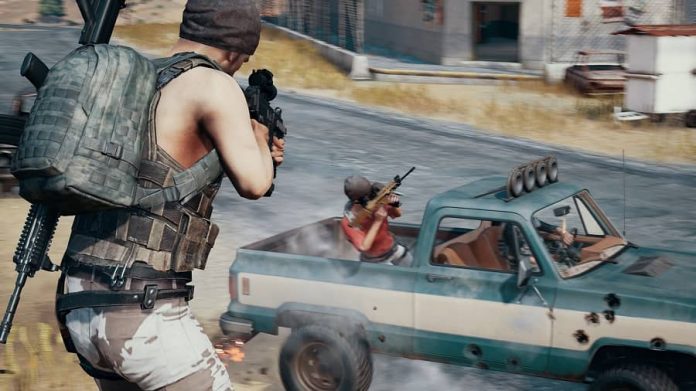 We’ve seen many subgenres take the world by storm this past decade. The metroidvania’s return to form, the roguelike’s dominance of the indie scene, and of course, the explosion of the battle royale.

What began as a charming custom game mode has turned into the latest cultural sensation. In the last year, we’ve seen PlayerUnknown’s Battlegrounds (PUBG) and subsequently Fortnite Battle Royale seemingly take over the world. Since the subgenre has mostly stayed outside of the AAA scene – the aforementioned Fortnite notwithstanding – its adoption by juggernaut franchises like Call of Duty and Battlefield brings with it endless possibilities. Chief among them all, however, is the lingering question: as the battle royale mode goes mainstream, what goes with it?

I must admit that when the battle royale genre first gained popularity with PUBG, I was a bit sceptical. The 100-player game mode was interesting at face value, to be sure, but I felt gaming’s sudden and extreme obsession with it – specifically its popularity on Twitch – was a fad. After all, it was a mode that I’d heard of before, existing in games like Minecraft and DayZ for years. Why only now was it finally catching on? What was PUBG able to do that other games couldn’t?

This, of course, was a false presumption. After being hounded by every friend of mine to try the game out for myself, in as terrible of a state as it was, I finally relented. I jumped online with a group of friends on a computer that could barely run the game at all and despite the many deaths at the hands of what I can only describe as sick twists of fate, I had a complete blast.

The fifteen-or-so seconds it takes to run across an open field of grass packs in it more tension than most games can do in an hour. Always on the hunt while being hunted yourself, with only one life to live each match, PUBG’s particular brand of gameplay is a delicate balance of spectacular failures and even more spectacular successes. It’s one of the few games where every mundane aspect of it is infused with the same sort of drama that you’d find in high-end competitive play, no matter your skill level.

It’s undeniable that even though PUBG may have been one of the most fun games I’ve played in recent memory, it was (and still is) a supremely janky video game. The sort of janky that you’d never see in a more polished, refined product like Call of Duty. Animations don’t often work correctly, the physics system is still a complete mess, and its shooting mechanics are a simulation forced into an arcade setting. The same can be said of Fortnite, which has seemingly overtaken PUBG as the defacto battle royale. They both are hilariously unpolished and that’s all part of their charm.

I’ve often wondered why broken games can be so amusing. Common sense would dictate that the more polished the game, the better it’ll end up being. Yet in so many cases, I’ve found the opposite to be true. Don’t get me wrong, however; I love a perfectly crafted platformer or a smooth-as-butter shooter as much as the next guy. But these sorts of games can often muddle together as the industry strives further towards some version of perfect. The games that truly stand out, sometimes, are the ones that break from the mould – games like Deadly Premonition.

Anyone who has played the classic knows by now that Deadly Premonition is as far from perfect as you can get. Developed by Hidetaka Suehiro, otherwise known as Swery65, the game is as strange and unique as he is. Set in the fictional town of Greenvale, similar to the TV series Twin Peaks, Deadly Premonition is damned near impossible to play. It is also, however, one of the most charming and intriguing games I’ve ever played – not despite its brokenness but because of it. I’m drawn to many battle royale games in just the same way.

Should it be polished to a shine or worn down with character?

To be clear, I’m not advocating for PUBG, or any game for that matter, to not try and fix the problems within the game. We live in a continually updating world; our games should keep with the times and take advantage of that fact. I do think, however, that there is a world of a  difference between technically proficient and qualitatively substantive, even if they’re not mutually exclusive.

Take, for instance, Call of Duty’s recent take on the battle royale game mode, Blackout. It’s wildly popular, with the game already making half a billion dollars in its first few days of release, and it plays just as well as any other Call of Duty game should. Like a well-oiled machine, Call of Duty’s gunplay has been one of the most technically proficient and physically satisfying experiences in the world of first-person shooters, rivalled only by the likes of similarly genre-defining games like Doom, Destiny, and its main competitor, Battlefield. Though while it feels as good as ever to play, I’ve often found the spirit of the game unidentifiable. Like a Josh Groban song, the talent on display can be beautifully profound yet all the while, it exists for the lowest common denominator alone.

That’s not to say there’s anything wrong with liking wildly popular, technically proficient things, no matter the media. This isn’t some contrarian take for the sake of it. Yet, with Call of Duty Black Ops 4’s success and Battlefield V’s own battle royale on the way, I can’t help but feel a seismic shift is on the way for the battle royale subgenre. As the game mode that started in custom-made servers goes mainstream and more gamers are acquainted with it through the polished lense of AAA franchises, what will become of games like Ring of Elysium, The Culling: Origins, and the ill-fated Radical Heights? Will we accept the broken, janky, and unique games that helped define the battle royale, or will the subgenre be forced to mature and evolve past its origins?