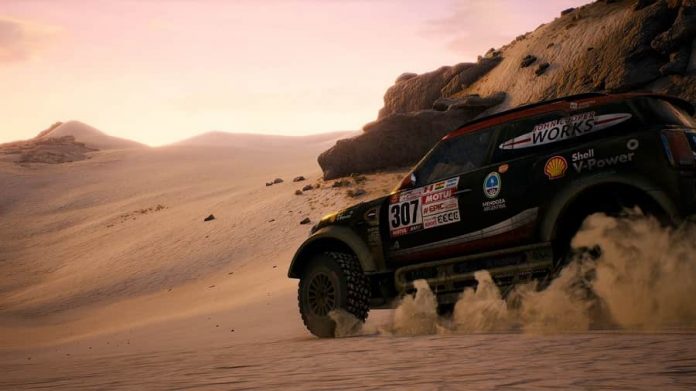 I hoped Dakar 18 would be good. I really did.

In fact, Dakar 18 didn’t even need to be good. Being the first Dakar rally game in 15 years, it simply needed to be decent to be worth a buy. Yet somehow, something has gone terribly wrong. Dakar 18 is an awful game, and that’s all there is to it. Well, unless you restrict yourself to certain vehicle types in it.

As the official game of the Amaury Sport Organisation event, Dakar 18 has a lot going for it – at least, on paper it does. It has a vast open world for you to explore, five vehicle categories, time and weather simulation, and it also allows you to get out/off your vehicle to either explore on foot or assist fellow competitors by towing them. Although to enjoy those features you’ve only really got a career mode and a unique free-roaming treasure hunt mode, as well as the usual multiplayer options. Inexplicably there’s no exhibition mode, and once you’ve chosen the vehicle you want to tackle career mode with, you’re stuck with it in both career and treasure hunt modes unless you start a new career, which is stupid.

It takes only minutes for you to discover Dakar 18‘s biggest problem though. It hits you as soon as you begin the practical part of its tutorial. Reliable and enjoyable vehicle handling is undoubtedly the most crucial aspect of any racing game, yet in Dakar 18 it is atrocious if you choose to drive either a car or a quad bike. Both of those vehicles types feel like they have a life of their own, often refusing to let you drive it in a straight line and frequently fighting you at every opportunity. As a result, anyone interested in purchasing Dakar 18 to drive cars or quad bikes may as well not bother. To them, every bit of content that Dakar 18 has, every feature that it boasts, may as well not exist. I mean, if you can’t enjoy actually driving your vehicle, or even reliably get it from one point to another, what’s the point? 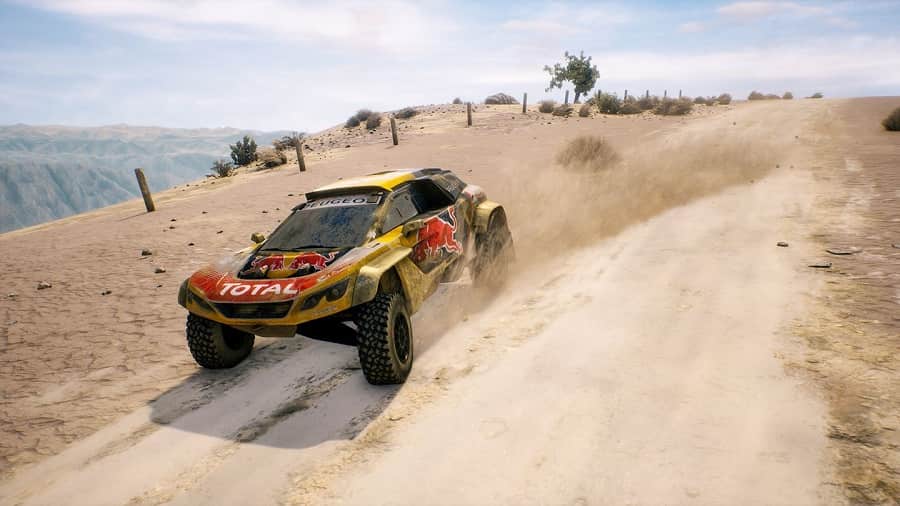 Thankfully, Dakar 18‘s other three vehicle types – bikes, trucks and UTVs – are actually very much playable. Bikes are the weakest of the three. They handle okay, but they just don’t seem to fit right in the environment. They twitch and judder awkwardly as you drive around, but at least you can complete events with them without losing the will to live. Trucks and UTVs, however, handle quite nicely, and if you use them you could actually find yourself enjoying the game.

Events in Dakar 18 are interesting and unique as they challenge you to drive though a number of checkpoints in open world environments. You don’t have to tackle them in a set order, though hitting them sequentially is generally the best option. You can cross the finish line (so to speak) without finding all the checkpoints in an event if you wish; you’ll just incur a penalty, or might even be disqualified if you missed too many. Dakar 18 is just as much about testing your navigational skills as it is your driving skills, which makes a nice change from all the other racing games out there. 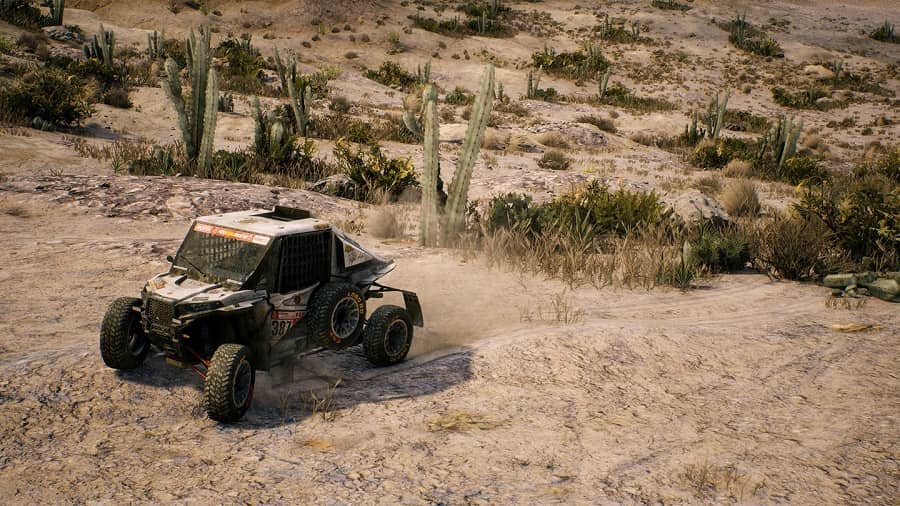 Disappointingly though, Dakar 18 doesn’t cater for those who don’t want their experience to be quite so hardcore. Out in the open world, the checkpoints you need to drive to aren’t indicated in any way. There are no big arrows in the sky, pillars of light or plumes of coloured smoke to guide your way; it’s just you, a “Road Book”, and possibly a co-driver if you have room for one. If you have a co-driver they’ll shout directions at you, but you won’t have much faith in them. And if you don’t have a co-driver, you’ll have to keep glancing at the Road Book to figure things out for yourself.

Putting authenticity before accessibility is a brave choice, and one that limits the game’s audience considerably. And Dakar 18 really does go all-in with other punishing features, such as realistic damage. The only way to make things a little easier on yourself is to play on Rookie difficulty, which in addition to increasing your chosen vehicle’s resistance to damage, also places a marker on your navigational display to assist you in locating the next checkpoint when you’re off-road. It proves to be a valuable crutch, and will really salvage the game for many players who don’t have a great deal of patience. 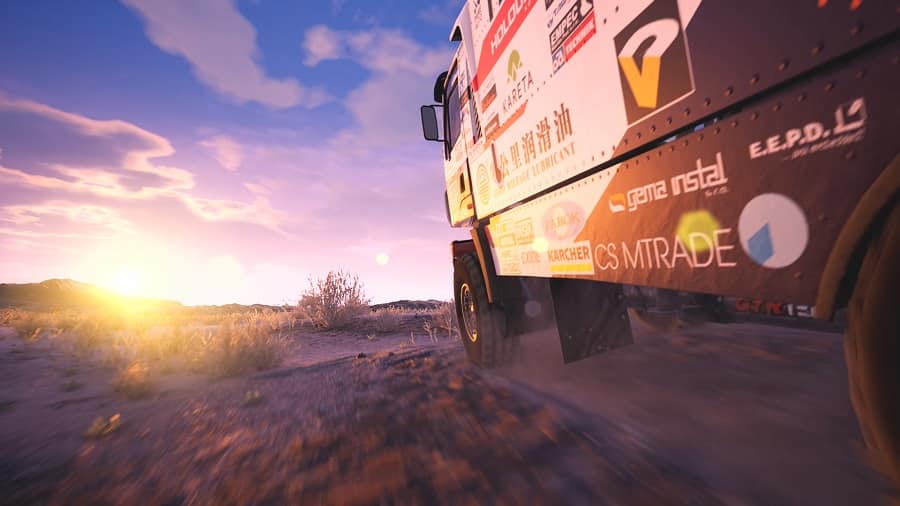 Dakar 18 does have some other issues to bear in mind other than a couple of vehicle types that are redundant and a lack of modes. For one, its load times are unbearably long. Also, while it’s not the worst-looking racing game out there, it’s hardly what you’d call a looker either. It has a bit of a budget feel to it, yet it’s a full price title. As such, you can’t help but feel let down by its shoddy presentation and lack of polish.

So, if you avoid using cars or quad bikes and play on Rookie difficulty, you might get some enjoyment out of Dakar 18. If not, you’re highly likely to find it a frustrating and soul-destroying experience that you wish you’d not paid money for. It has some good ideas and interesting features, but it doesn’t feel polished enough to impress. Basically, it feels like it needed more time in development. With more modes, tighter controls and more accessibility options, Dakar 18 could have been a really good game. But as it is, it’s both horrendous and decent depending on which vehicle type you choose to play with and on what difficulty.

Dakar 18 is available on PS4, Xbox One and PC. We reviewed the Xbox One version. 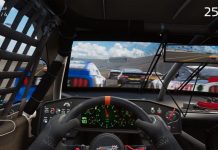