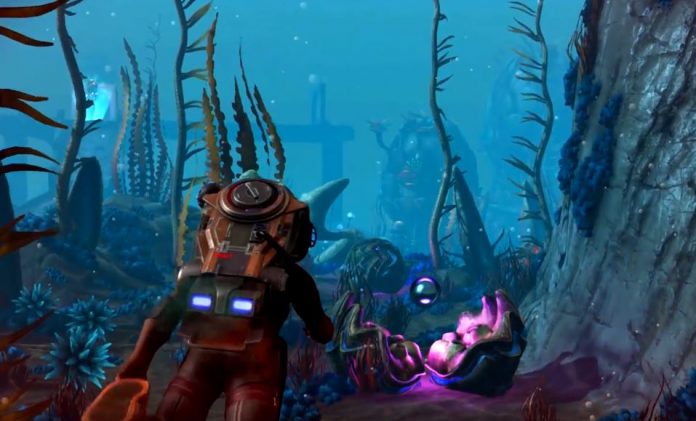 505 Games and Hello Games have officially launched today a new free update for No Man’s Sky titled “The Abyss.”

Players that have stuck with No Man’s Sky through thick and thin since its release in 2016 will be excited to hear of a free update for players on PC, Xbox One, and PlayStation 4 that’s available right now. Earlier this year, UK developer Hello Games launched No Man’s Sky NEXT which introduced a full multiplayer experience to the game, brought it to Xbox One and introduced base building and many graphical changes. The Abyss is its first major update since NEXT and introduces players to beautiful underwater environments featuring more variety than ever before.

When starting up The Abyss, you can look forward to a new story titled The Dreams of the Deep, where you’re able discover the fate of an unfortunate crew that became stranded after a freighter crash. There’ll be underwater ruins to explore as you investigate what became of lost souls trapped beneath the waves.

Players will also find a new submarine vehicle, The Nautilon, which can be upgraded and customised with Submarine Technology. More than a dozen new base parts are included in this update as well as the ability to craft more underwater structures with glass corridors, viewing bays, and multi-story submersible viewing domes. Players feeling lonely can also collect aquatic life and and add them to a decorative indoor aquarium.

For an in-depth look at The Abyss update check out the update trailer below. If you own No Man’s Sky, The Abyss is available right now as a free update.