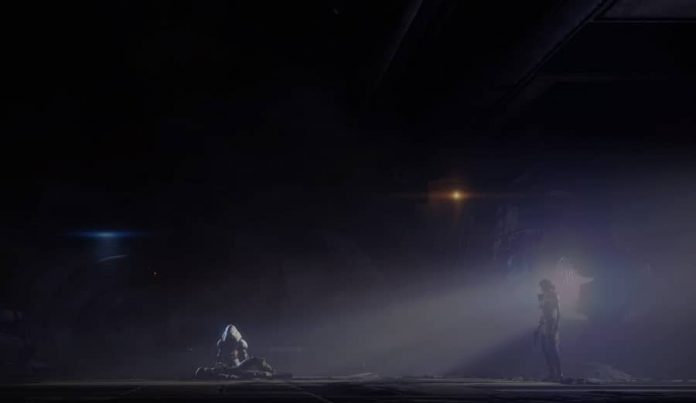 Having spent an ample amount of time with Destiny 2: Forsaken since its launch, I’m ready to share my thoughts on the expansion thus far.

It doesn’t take long to realise how much has changed, or been added, through this expansion. From new Supers to new competitive game modes, alongside the new campaign, Forsaken is certainly not short on content. However, much like The Taken King, it isn’t all good news.

While Forsaken does manage to quench the thirst of most players, in the long run it fails to connect across the board. Certainly, it’s a step in the right direction – but a step that doesn’t land completely on solid ground.

A Farewell to Cayde-6

I will start by saying two things. One, I respect Bungie for taking a narrative risk and killing off (for now) the character who is almost undoubtedly the favourite among most players. And two, Forsaken has followed the tradition of showing one of Bungie’s best skills: epic, cinematic, and memorable opening missions. The foray into the Prison of Elders is loaded with enemy versus enemy combat, beautiful setpieces, finely detailed cutscenes, and an absolutely bombastic score. If nothing else, Forsaken packs some of the best music to date in the Destiny franchise. After losing Cayde-6 and heading to The Tangled Shore, you begin your quest for revenge. 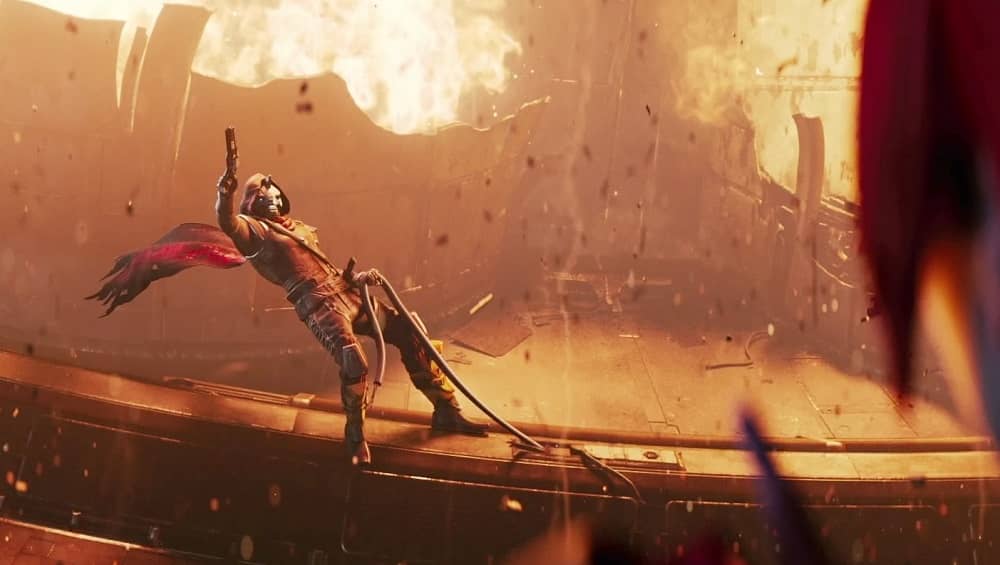 While each Scorn Baron presents a different challenge, the fact that nearly all of them are played through Adventures rather than story missions disappointed me. This was a great opportunity to give each Baron a personality; a mood. Instead, we get a very brief introduction and then mow them down without much time for development. The Scorn, as a whole, are a welcome change. They present just enough differences between the base enemies to be tolerable. But, again, we run across the issue that Destiny still doesn’t feel like it has a true new enemy race, as the Scorn are merely Fallen with some new attributes.

Besides The Spider, you don’t meet any new or exciting NPCs. The Spider, although extremely well-acted and written, is cursed with the same fate as other great Destiny NPCs like Lord Shaxx and Lady Efrideet; being no more than a vendor in the end. Our guardian is gifted with a voice, for one line, and then returns to being silent. I genuinely hated this decision. Not because I don’t like the idea of my guardian speaking, but because we didn’t use our voice when we should have! Kneeling over Cayde’s dead body would have been a great moment for some emotional dialogue from our guardian. Or when confronting Uldren in the final mission. Not to mention, it seems the lore points to the fact that Petra actually pulls the trigger on Uldren in the end, not us. So… what exactly did we accomplish? What revenge did we truly achieve?

Endgame: Actually… Not Too Bad

After the rather short campaign (no surprises there), Forsaken does admittedly offer plenty of fun to be had for those who seek it. Whether you’re diving into the Last Wish raid, which happens to be quite good, or wandering the gorgeous landscapes of the Dreaming City, there is lots to do. Weekly bounties, daily bounties, quests, raids – it’s all there. Your time can easily be occupied. Which is a good thing, because that good ol’ fashioned grind is back and better than ever in Forsaken. The soft caps on light levels are painful, and you begin to crawl your way to more power not long after the final campaign mission.

Once you’ve unlocked the Dreaming City and become strong enough, the Blind Well offers a great challenge for you and your fireteam. Similar to Court of Oryx and Archon’s Forge, this is wave-based survival that is activated with an item to select the level of difficulty. In the end, however, Blind Well fails to be as fun and engaging as Escalation Protocol, as the monotonous bosses became faceless enemies and the difficulty tiers simply increase the boss number, rather than offering a new encounter. I love the bones the Blind Well has, but there are so many ways to improve upon what it offers the players. 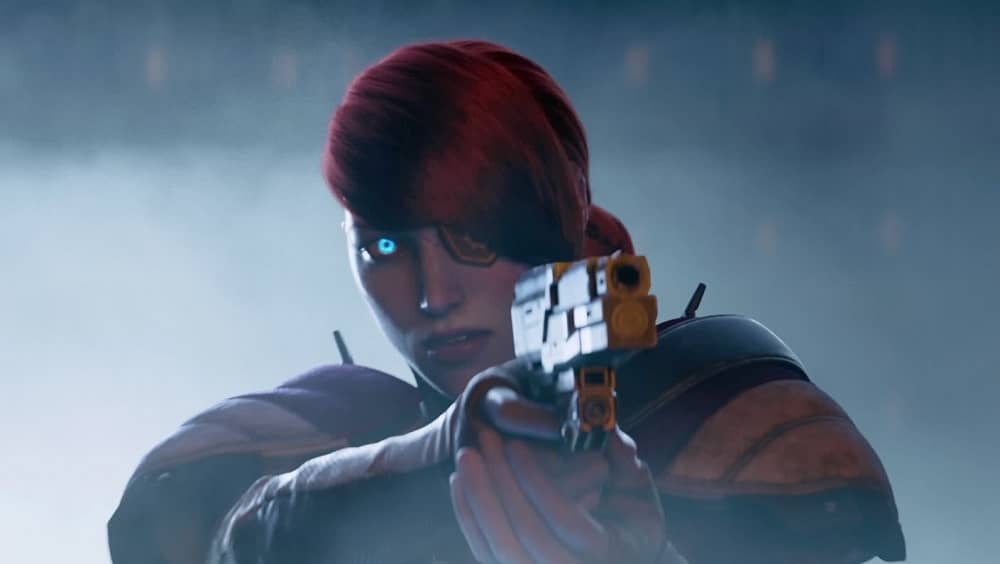 The Last Wish raid continues the tradition of raids in Destiny 2 by offering a high-level endgame activity that isn’t as good as Vault of Glass, not as boringly simplistic as Crota’s End, and is as engaging as King’s Fall. A pleasant mixture of puzzles, jumps, and fun mechanics, the Last Wish raid is… good. It isn’t groundbreaking, nor would I put it in contention for the best raid in the Destiny franchise, but it does not disappoint overall and offers a challenging and unique experience. Put simply: it does what a raid is supposed to do without going that extra mile.

The shining star of Forsaken is not the narrative (which isn’t as amazing as most people seem to believe), nor is it the raid. It’s Gambit. It has to be Gambit.

The hybrid “competitive co-op” mode is absolutely stellar. Fast, frenetic, challenging, and most of all, rewarding. Gambit simultaneously caters to both sides of the Destiny playerbase. Like PvE? Great. Sit here, kill enemies, don’t invade, and hide when you get invaded. PvP fan? Nice. Invade like crazy, and challenger every invader who comes your way. Oh, and just remember: everyone is using the Sleeper Simulant. Everyone. It’s absurd. But, exotics are supposed to feel exotic, right?

One of the tasks you can do for Petra each week is an Ascendant Plane challenge. These are fun little pockets to explore, and completing them can grant you some nice rewards. My biggest gripe with the Ascendant Plane worlds you travel to are, the same as the problem I had with the Infinite Forest: why can’t we just openly explore these places? They’re so richly detailed and beautifully crafted, yet we can barely experience them. They’re like museum paintings. I can’t get as close as I want, and I sure as hell can’t touch them. Forsaken teases you early on with this sense of more freedom. But it’s so quickly pulled away from you, and the Ascendant Plane is a prime example. 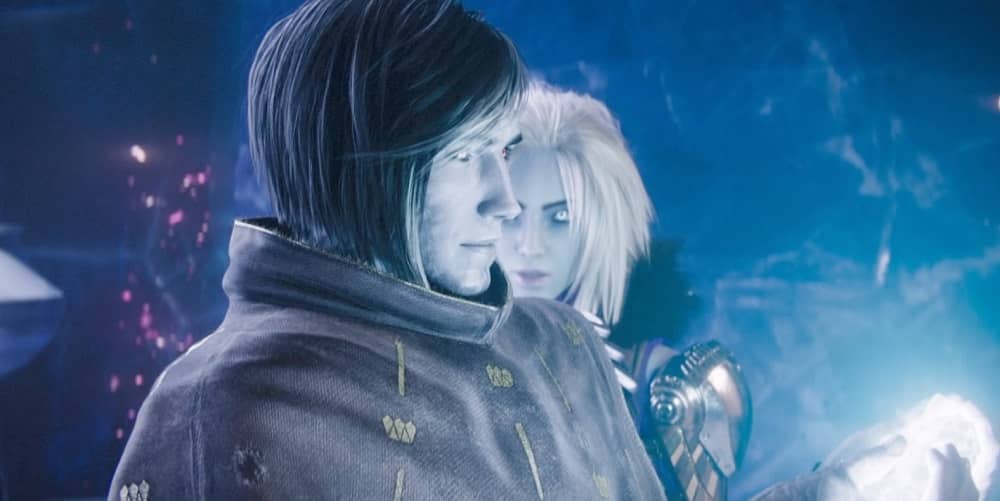 Now, I understand that RNG is part of Destiny. It always has been. It’s every player’s least favourite NPC. But holy shit, the drop rate for Exotics in this expansion had to have been lowered. There’s no way. I have played Forsaken nearly every day since launch and have zero new exotics that aren’t tied to a quest. And even then, I only have The Chaperone and Ace of Spades. You know: old guns. It also still feels like there is an imbalance between exotic armour from class to class. It’s like once class gets spoiled each expansion, while the others are left behind. Across the board, new exotic weapons and armour look nice. They just don’t drop at all. I bet Cayde took them all. I don’t blame him.

The second best thing in Forsaken – or probably first, honestly (sorry Gambit) – is the new Supers. Bungie did a fantastic job creating new ability sets for each class, and each subclass. Although one subclass per class was more of a tweak than a new Super (like the twirly-staff-thingy for the Arc Hunter), every other Super is brand new. They all feel great and they all look snazzy. Lots of cool new animations and ways to approach scenarios. I love having a support Warlock class back in Destiny. Feels like the good ol’ days. Will some changes and patches come in the future? Probably. Well, Radiance and Thundercrash (mostly the skill-tree as a whole) are incredibly strong and Bungie tends not to like when we have too much fun.

With Each New Expansion – One Step Closer

Destiny will forever be the game with great bones and a shoddy exterior. While its core mechanics are stunningly well-crafted, the game never seems to know where it wants to go next. Forsaken was most certainly not a step backwards and in the end, and that’s really all we can ask for at this point. Did it save Destiny 2 from going under? It seems that way. Did it bring back old players? Sure looks like it. Did it make us all hopeful for the future of Destiny? Honestly…I’m not sure.

It feels good to be grinding again, with a defined goal. But how much longer can we be expected to play the same game, virtually unchanged in its ways since the original game? I guess we’ll see. Thanks for bringing the Queen back, though. She’s the best. Oh, and fix this new infusion system. No one asked for this.