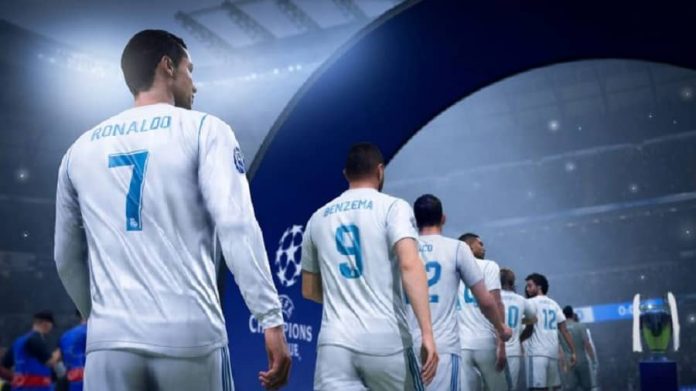 The main thing you’ll look for when buying players in FIFA 19 is who has the greatest potential. Here’s the current squad of players whose ratings will grow the highest of them all.

When picking a team of the best available players in FIFA 19, it’s often hard to decide on a formation. Most of the best players are forwards and wingers. So those forwards like Hazard, Kane, Jesus, Aguero, and Lewandowski don’t make the cut anywhere in this squad. Sometimes you can go for three at the back with two sets of wingers on each side.

For the sake of variety I’ll be demonstrating the players with the most potential across a 4-3-3 attack formation. I’ll also be filling a seven man bench to add more players into the mix.

Three of the back five of my FIFA 19 squad come from La Liga: Atletico, Real, and Barcelona. In goal is David De Gea, and for best potential any of three goalkeepers could be between the sticks; one you’ll see later on the subs bench, but Jan Oblak also shares the same potential as De Gea.

Like De Gea, Joshua Kimmich shares the highest right back potential with others. Among those are Jose Gimenez, Thomas Partey, and Odriozola. Kimmich is quite versatile though and proficient in RB, CM, CB and CDM.

Some of the greatest passers of the ball in FIFA 19 need to occupy the centre of midfield. CAM is an interesting one; I’ve put Neymar in there, which allows me to fit in other players in the front three to truly make this the best potential squad. The two behind Neymar are pretty straight forward picks both with 92 potential, the highest of all centre midfielders.

A lot was said about Barcelona’s MSN a few seasons ago – Messi, Suarez, Neymar. This starting 11 front three is RDM. The two standout players in age and individual awards no doubt make an entrance as a powerful, skilful, electric front three. Two of these front three won’t grow any further, but they are two of the highest rated in the whole of FIFA 19. With the two waiting to fill in those might boots on the bench, I believe this squad will be fine even when those stalwarts decline and eventually retire.

These FIFA 19 substitutes are some of the most exciting young players in world football. Some we already know will take over from Ronaldo and Messi battling for the best prizes in football for years to come. You may wonder how a certain young French player didn’t make it into the starting 11. Well, he’s not as highly rated as the others up front, but his potential is the highest across all players in FIFA 19.