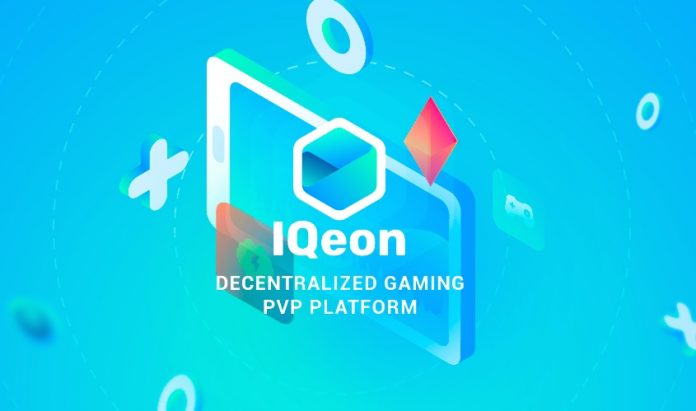 This article is sponsored by IQeon

The global video games market was worth approximately $71 billion only three years ago. By the end of 2020, its value is expected to exceed $90 billion. Millions of users play games around the world, but only three per cenr of them know how and where to monetise their in-gaming achievements.

The IQeon project team has come up with the ideal platform that will help gamers make money in eSports.

IQeon is getting ready to launch its first decentralised gaming PvP platform that allows players all over the world monetise their in-gaming achievements. The platform provides users with a various choice of games, each player will have own place to spend free time and make money.

Teams: Any gamer can gather their own team of players or join an existing one. Working together makes its easier to achieve certain results in tournaments and competitions.

Streaming: Streaming has become popular alongside the ever-growing eSports scene. Gamers constantly post videos and stream tournaments on Twitch, YouTube or Mixer. The key is to stream regularly and be patient – the first results are not promised to appear right away.

What does IQeon do differently?

Monetise gaming achievements: The platform has a variety of games where players can earn IQN tokens. As a result, gamers may convert tokens into money or use them to purchase gaming items. Players can also earn tokens in one application and spend them in any other game within IQeon network.

Make bets on games: A built-in functionality allows making bets on the results of tournaments and competitions. Thanks to the blockchain technology, tournament results cannot be falsified.

What are IQN tokens?

The IQeon network is fuelled by its own cryptocurrency – IQN. The ICO of the project was closed six months ago with 1,055 ETH, 111 LTC, and 8,5 BTC raised. The token is listed on several exchanges including GetBTC, YoBit, Bankera and is promised to grow in cost together with the number of platform users.