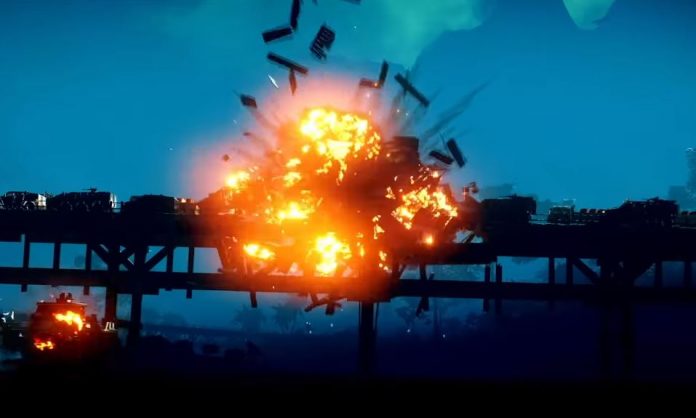 It’s unlikely that anyone is playing any Just Cause game for the plot.

Exactly which tyrant you’re trying to topple through your wanton destruction quickly becomes fairly meaningless as you focus on trying to destroy pretty much everything you can find in creative and spectacular ways.

The latest trailer for Just Cause 4 goes pretty much to form. It lasts 100 seconds, of which about 40 at least attempt to suggest some sort of narrative; there are vague mutterings about Rico discovering his father’s past and shots of pretty landscape.

And then, for the other minute, lots and lots of stuff blows up. Tanks fly through the air, cyclones swirl, Rico rides through an apocalyptic dust storm, and the whole thing is a display of polygonal pyrotechnics par excellence.

There’s something beautiful about this; the way that Just Cause single-mindedly commits to the almost retro goal of letting gamers have as much fun blowing stuff up as possible. It’s a telling reminder that not everyone had been caught up in the industry trend towards relatable characters, emotional narratives and games that operate on a human level.

Instead, Avalanche is once again meticulously creating a world so we can take childish glee in destroying it. I for one can’t wait.

Just Cause 4 is set to release on 4th December on Xbox One, PC and PS4. Watch the explosive trailer for yourself below. 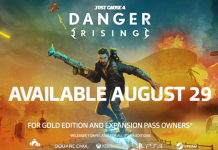 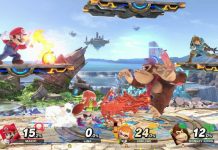 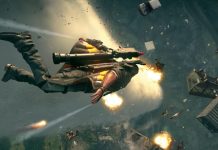