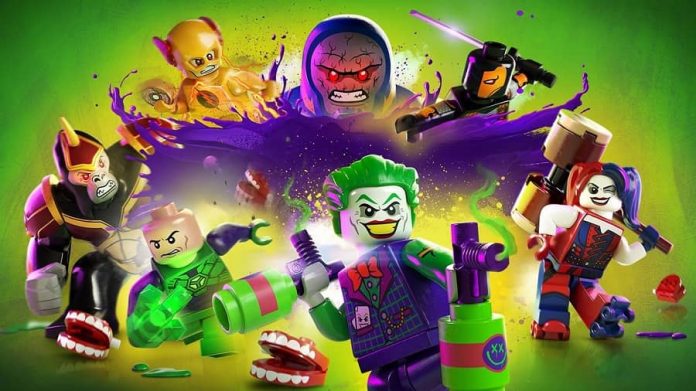 Another season, another LEGO game from Traveller’s Tales.

Some years ago, I adored LEGO video games. A new one would be announced and I’d be genuinely excited to play it. Unfortunately, I’m not sure of the last time I felt that excitement. These days, I’m more likely to sigh and mutter, “oh great, another one”.

It’s not that LEGO games have become bad. They’re just stale. The formula has barely changed since the series began with LEGO Star Wars back in 2005. A lot has changed in the last thirteen years, but it seems you can rely on a LEGO game to use the same old warm and familiar formula it always has. Come on, Traveller’s Tales. You can do better. Many elements of the recent LEGO games show promise – but then the overall formula, barely tinkered with, really lets the games down.

The latest addition to the franchise is LEGO DC Super-Villains. Instead of the emphasis being on Batman, Superman and friends, this time the main characters are the villains. You’ll find yourself playing as minifigure-sized recreations of The Joker, Harley Quinn, Lex Luthor and others, and while it’s nice for the heroes-versus-villains tables to be turned, it doesn’t have a massive effect on gameplay. LEGO DC Super-Villains still places you in an open world, with a series of very familiar platform levels to play through. Déjà vu? 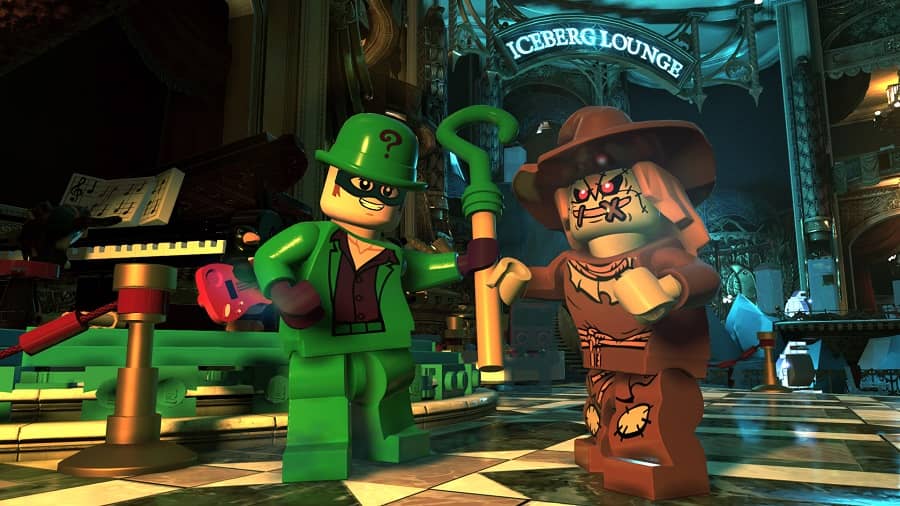 As the power of consoles has grown over the years, so has the scope of the video games that can be played on them. Traveller’s Tales has reflected this somewhat by incorporating sizeable open worlds into their games. They’ve constantly evolved them, and for the last few iterations – certainly starting with LEGO City Undercover – the open world has been perhaps the best part of the game. Ergo, my biggest complaint about recent LEGO games is that the main gameplay still revolves around an archaic level system that really has not changed at all in the last decade.

Worse still is that you really have no choice but to play through each level if you want to enjoy the open world. You’ll require a full suite of character abilities to be able to access and interact with everything the game’s open world offers, and you won’t have all the required skills unless you’ve played through the game to unlock more characters. Is it a worthy trade-off? I’m not sure, because the levels in LEGO DC Super-Villains feel more tedious than ever. And that’s a real shame, because its open world – dark, mysterious, and dripping with gothic design – is beautiful. 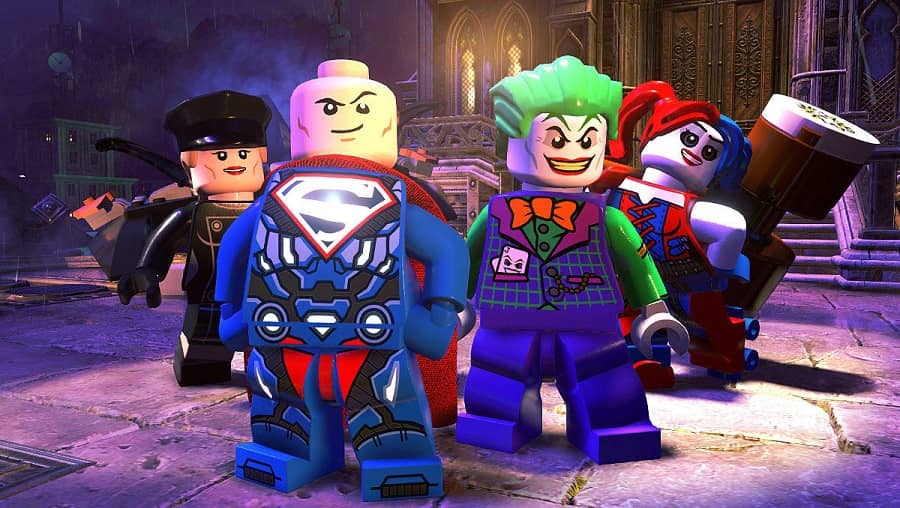 LEGO games have always placed a certain emphasis on combat, but that feels even more true of DC Super-Villains. There’s definitely just as much action as there is platforming. But bashing the X button to break your opponent to pieces just isn’t satisfactory enough. For a game that wants you to do as much fighting as LEGO DC Super-Villains does, it needs a much stronger combat system. There’s no feedback, no easy way to dodge incoming attacks, and no real variety in your own attacks. When combat was a secondary element of a LEGO game it wasn’t an issue, but now it feels like the main focus it’s just not good enough. It’s about time LEGO combat evolved. It needs to take inspiration from the Batman: Arkham series, just like every other action game out there, and implement a rhythm and reflex-based combat system.

Outside of combat, too, platforming and puzzle-solving in LEGO games just feels tired now. There’s no joy in repetitively smashing up objects just to uncover something new to build. And poorly roadmapped levels mean it’s not always clear what you need to do. That’s compounded by the fact that each character has more skills than ever – and with over 200 characters in total, it’s almost impossible to know what each one is capable of. Pressing X does one thing, but holding it does another, and as such, particular abilities are easily missed. The game does have a hints system, but it only triggers when you’re in the right area. So if you have no idea where you need to go or what you need to interact with, expect a lot of time spent wandering around aimlessly.

Perhaps I’m being unfairly harsh on LEGO DC Super-Villains. Let me reiterate it isn’t a bad game, but it doesn’t do anything to make it stand out as particularly good, either. It’s a solid LEGO game, but by this point I’d be just as happy to go back and play a game from the years-old back catalogue as I would be to pick up a new release. There are hints of what Traveller’s Tales is capable of – a gorgeous open world that’s a pleasure to explore, for example – but with the same old level system and old-fashioned combat that desperately needs to be revitalised, LEGO DC Super-Villains feels too stuck in the past to be worth recommending over any other LEGO game.

LEGO DC Super-Villains is available on PC, Xbox One, PS4 and Nintendo Switch. We reviewed the Xbox One version.