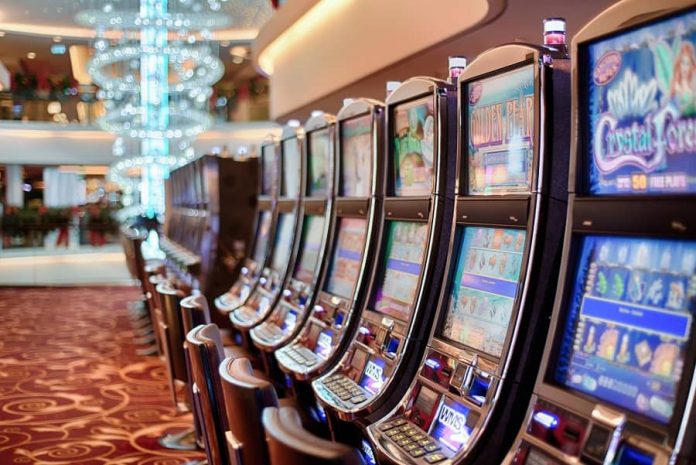 This article is sponsored by Real Gambling

Slots have come a long way since the first prototype appeared in the 1800s.

Back then, a machine only had a few symbols and only one pay line. Today, one will never run out of choices in any genre or form. There are those that require real money and there are free slots to play for fun only. Here, we will take a look at the trends of slots over the years and what is in store for its future.

The first trend we saw was the advent of slots where players were presented with perceived skill. This is evident in games that offered bonus rounds. In these bonus rounds, players had control over how they could win more money. Many games allowed players to either shoot cans or aliens against time. The more cans or aliens they hit, the more awards they got. This gave players the feeling that they won according to their abilities. Over time, more and more slots offered this kind of variety which allowed players to have more participation in the game rather than just spinning the wheels.

Simultaneous with the development of the perceived-skill games are the multi-line slots. For a long time, slot machines only paid on one line. It was a straight line where you had to match three same combinations. With technological advancement, video slots came into the picture and this allowed developers to create machines that have as much as 80 pay lines. Because of software, the machines had the power to calculate in a fraction of a second if the symbols matched any of the winning lines.

Technology also allowed slot developers to create games sitting on five reels instead of the common three. And because of computers, the machines can easily do the math and determine how much a player won depending on the payout structure. Today, you can even see machines that pay on half-symbols.

With the development of the internet came another opportunity for slot developers to make slots accessible to anyone. Today, you no longer have to go to a land-based casino to play. You can access these machines directly from your computer. All you have to do is to register, deposit, and start playing.

Because of the internet, software developers were also able to link a slot game to millions of players. This resulted in the trend of machines that have progressive jackpots. For machines of this kind, every spin that does not trigger the jackpot increases the jackpot amount. To make it even more exciting, many players from around the world can play this slot machine at the same time, making the progression faster.

After the internet, the current trend is to make slot machines accessible through mobile devices. Since people are on the go, they want to be able to access their favourite casino games wherever they are. The challenge here is how to make the machines work in cell phones and how to integrate them in the servers. There was a time when games will only work if you download an app. Today, slot machines are designed to be mobile-friendly. Most of these games will work even in the absence of a downloadable app. They will work in any browser and are compatible in almost any kind of mobile operating system.

The next trend that we are seeing is the development of VR games. VR devices are on the rise, including virtual glasses that one can wear even while driving. These devices are the future of wearable technology. Many prototypes are now available in the market and developers are quickening their pace to catch up with the technology. With augmented reality being the future of the internet of things, we can expect to see virtual casinos where a player wearing a VR device will have a life-like experience as if he is walking on an aisle of slot machines.

Slots are here to stay. And since gambling fulfils a human need to be entertained, developers will always find a way to make the games more interesting. As the world gets more connected, software developers will raise the stakes and make slots more fun, exciting, and more social. It will break barriers and provide customers with a more personalised experience.