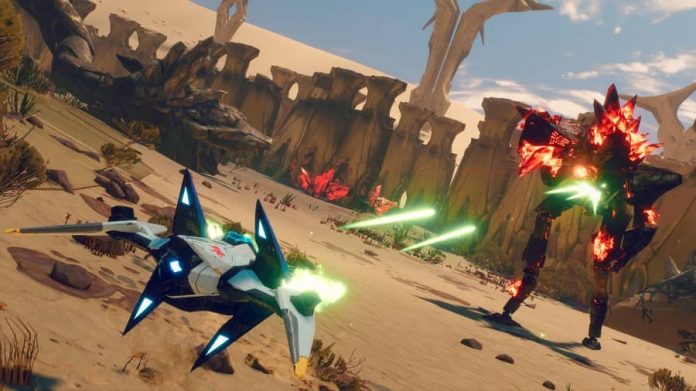 I got Starlink: Battle For Atlas when it released this Tuesday. I’m having a lot of fun with it, although despite also getting a box full of toys for the game, I’m yet to bother taking any of them out of the packaging.

Starlink‘s very much been marketed as a toys-to-life game. It has released alongside a handful of ship models, weapons, accessories and characters, all which can be attached to your console’s controller for use in the game. It’s nifty, sure, if you like the idea of a physical representation of your in-game ship right there in your hands. But it’s entirely unnecessary. Starlink: Battle for Atlas is also available digitally. And when you buy the game digitally, you get a bunch of ships and accessories with it.

A physical starter pack of Starlink costs £65/$75. With that, you’ll get the game, one ship, three weapons and a pilot. The basic digital version of Starlink costs £70/$75, but it comes with four ships, six pilots and 12 weapons. That’s five ships and seven pilots if you’re playing on Switch, thanks to the exclusive Star Fox bonus content. If you opt for the Deluxe Edition (£90) you get everything.

Okay, a physical starter pack contains everything you need to play the game from start to finish at its most basic level. But you’ll come up against content you can’t access, and you’ll undoubtedly find the game more difficult than it would be if you had a bigger range of ships and weapons at your disposal. I’ve played around six hours of the game so far, so I still have a way to go. But I’ve already come across some puzzles that require particular weapons to solve. There are also some items caches that need a certain type of weapon to break into. 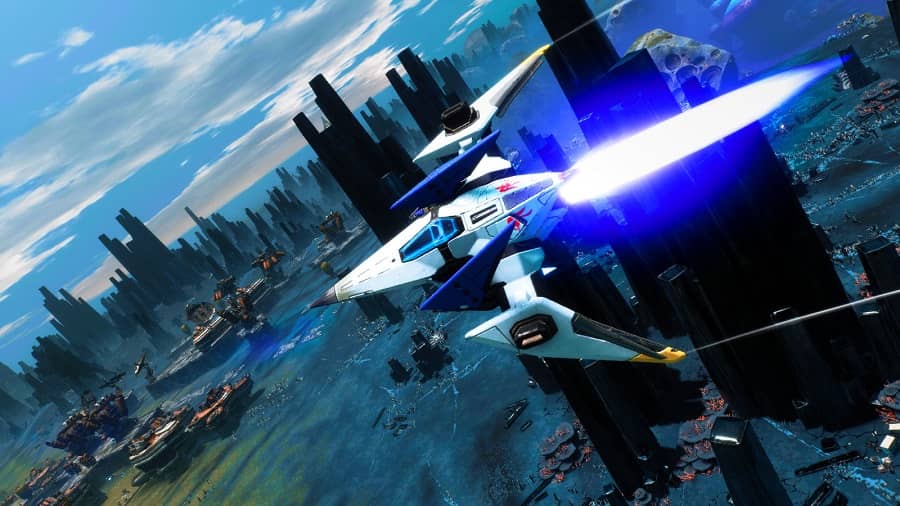 And yesterday, coming across the first major combat challenge Starlink: Battle for Atlas posed me with, I was fighting against a behemoth ship in outer space. I put up a good fight, but my tiny ship was destroyed by the hordes of enemies and the giant laser beams it was showering me with. Since I’m playing with the deluxe digital edition, it was no real problem; I simply chose a different ship and continued from where I’d left off. If I only had one ship, I’d have to retry from the start every time I failed. Frustrating much?

There’s no denying that the physical toys are pretty cool. Chunky plastic spaceships to fly around! For kids and toy enthusiasts, they’re great. But they’re certainly not an integral part of Starlink, not in the same way the toys were for Skylanders or Disney Infinity. Its gameplay is addicting; comparable to other open world Ubisoft titles, but this time with vastness of space at your disposal, filled with numerous planets each with their own character. It’s a shame that Ubisoft didn’t let the gameplay speak for itself.

Having physical gubbins is always a novelty, but if you want to enjoy Starlink for the great game that it is, consider buying it digitally. You can always get the toys separately a few months down the line when they’ll undoubtedly be reduced.

We’ll have more coverage of Starlink, including a full review, early next week.